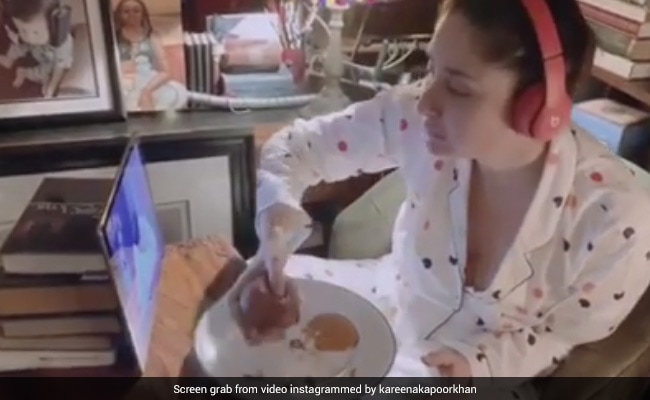 Kareena Kapoor in a scene from the video. (courtesy: kareena kapoorkhan)

At Kareena Kapoor and Saif Ali Khan’s home in Mumbai, Fridays are for movie nights and “blurry selfies”. The actress, who is back from London after wrapping up the shooting of Hansal Mehta’s next, is making fun memories with her family. Kareena Kapoor posted two visuals from her home, which depicts how Friday night went with her kids. In the first picture, we can see a Harry Potter movie playing on the television in a room full of books. In the second picture, Taimur is seen taking a blurry selfie with his mother in the background. It is lovely to remember. Sharing the first stories, Kareena Kapoor wrote, ‘Friday nights are for Harry Potter and…’. She added, “Blurry selfie with mommy boy. Friday night” for the last one. 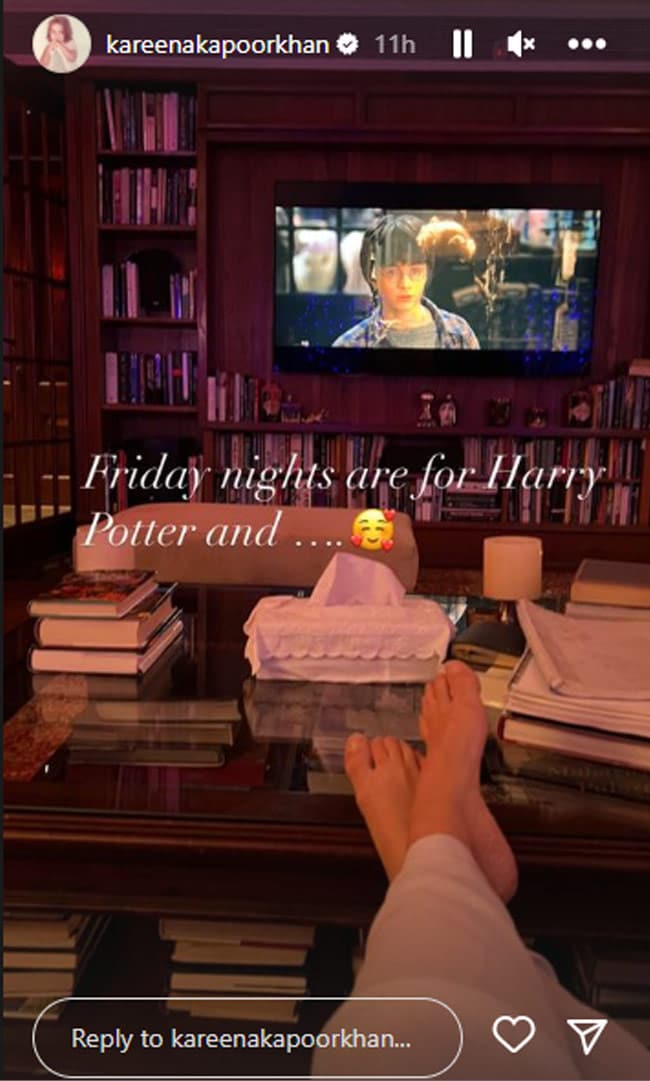 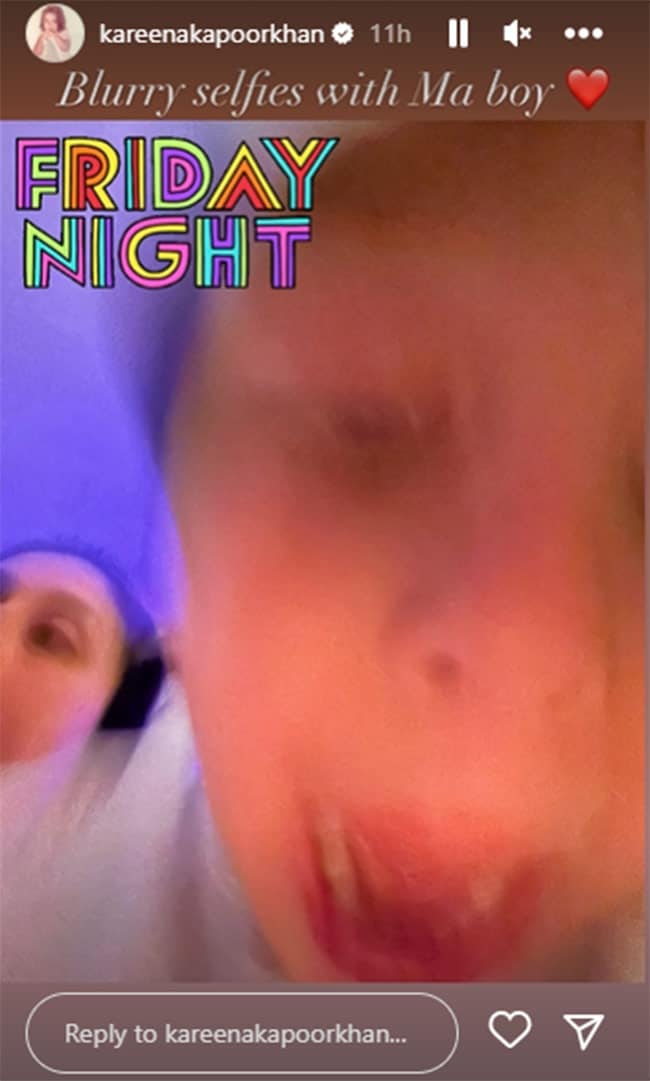 Kareena Kapoor was in London last week to shoot for Hansal Mehta’s murder mystery. After wrapping up the schedule of the film, he shared a heart-warming note on social media. The actress posted a few pictures where she is seen feeding the director a piece of cake and holding the clapboard of their film. Kareena wrote in the caption, “As they say it’s the journey, not the destination… Make it meaningful.”

This film is special for Kareena Kapoor for many reasons. It is his first project as a producer and first collaboration with Hansal Mehta.

On the work front, Kareena Kapoor was last seen in Aamir Khan’s Laal Singh Chaddha, in which she played the love interest of the titular character. He won accolades for his performance in the film. The actress has a few projects lined up right now. Apart from Hansal Mehta’s film, Kareena will make her OTT debut with Sujoy Ghosh’s Devotion Of Suspect X. The film will also feature Vijay Varma and Jaideep Ahlawat. The actress will also be seen in Rhea Kapoor’s new film The Crew, starring Tabu and Kriti Sanon.