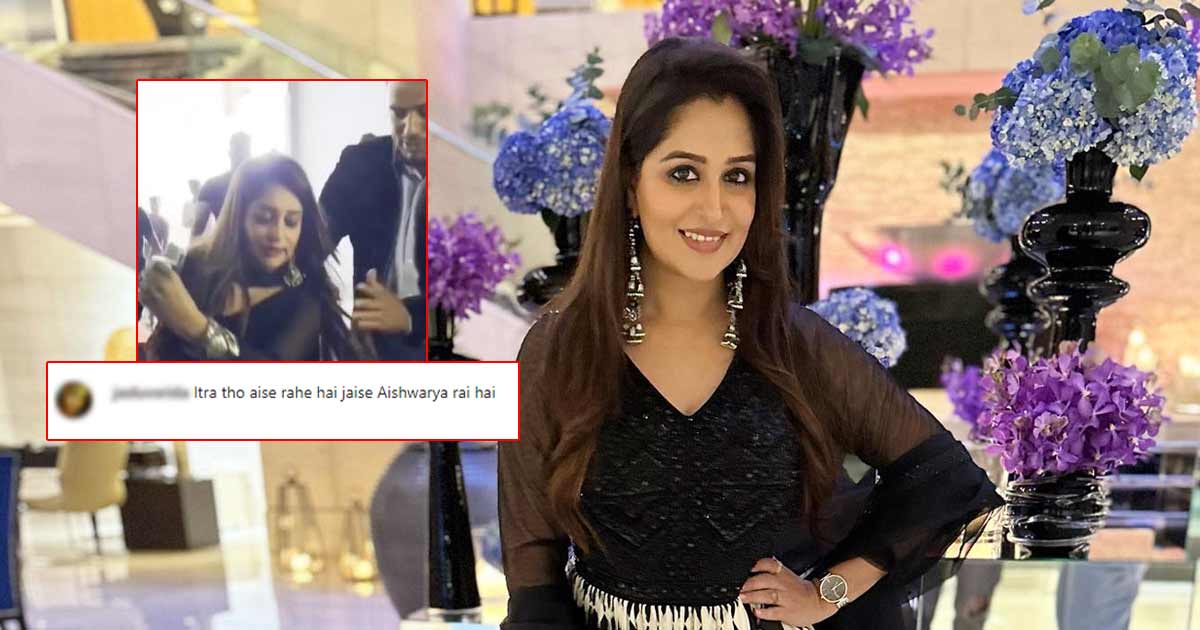 Dipika Kakar gets massively trolled for getting angry at the man who saved her from tripping – watch! (Photo Credit – Instagram)

Something unusual has happened to television star Dipika Kakar, who was saved from stumbling by a fan. But instead of thanking him, in a rare scenario, she lost her temper at him. The video is taking the internet by storm and as expected, the Sasural Simar Ka actress is venting her anger on social media. Scroll down for all the details.

It all started when Deepika attended the Dadasaheb Phalke Icon Awards in the city last night. She was accompanied by her husband Shoaib Ibrahim in this event. The couple was even seen wearing colour-coordinated outfits and even posed for pictures.

In one of the videos, Dipika Kakar can be seen walking out of the venue. The actress was wearing a black colored Anarkali suit. She complimented her outfit with silver earrings and transparent platform heels. She was walking towards her car when the paparazzi clicked her but the actress almost stumbled.

While on one side Dipika Kakar’s bodyguards could be seen saving her, on the other hand her fan saved her from falling. But the actress can be seen angrily looking at him and gesturing at him to stay away.

Netizens expressed their anger and slammed Deepika for her arrogant behaviour.

One user wrote, “Why did she misbehave with that man? Even a Miss Universe wouldn’t treat someone like she did. He was trying to help her.

Another commented, “What an arrogant lady. The decent man was just trying to stop her from falling by being a gentleman. Silly behavior of such a shallow woman.. God bless the man for being a gentleman in this day and age.

One comment read, “The most fake person’s reality I’ve seen.”

“Ungrateful woman, two-faced ungrateful…didn’t expect this from her!” wrote another.

“Jaya Bachchan’s act, why did she take Deepika and she was helping? You, he doesn’t have any grief to catch you, and that’s all, just cover up and you should do it, you are Shoaib’s respect. Pura comment box mein troll hoori ho harkat se tu hai,” reacted another.