Enjoy your football, be a passionate follower of your team, but take a deep breath before things go out of hand. It is for joy that sport is played, and destroying that, for whatever reason, is just not on. 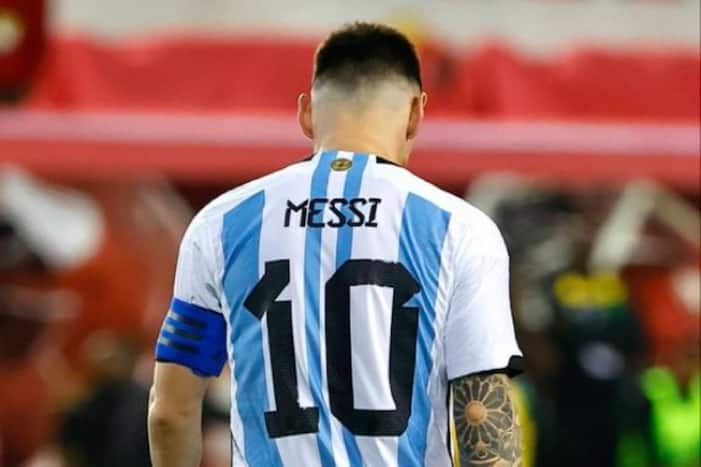 New Delhi: All those following the FIFA World Cup in Qatar must also have seen a video going viral on social media, where some young men, presumably in Kerala, wearing Argentina and Brazil jerseys, have been having a go at each other, that too of all places, in front of a cemetery. The video has really gone to town and even been shared in the countries of origin. The reaction there is not known to us, but back in India, it has generated much humour, also some questions (but largely from those not following the sport). But one look at the footage and it is evident that there is nothing funny about the incident.

The two groups, divided by jerseys and passions, were not in a banter. Nor was it a make-believe fight. It was a serious free-for-all and could have resulted in some serious injuries.

Football does generate passions, and some parts of India are no different. Go to Kerala or Goa, or visit West Bengal, and the flags and colours of teams and nations thousand of miles away make a welcome sight.

So long as all of it is in good humour, of course.

There is also another case in Kerala where a follower of a certain school of thought was beaten up after he tore up the Portuguese national flag, mistaking it to be one of a political party.

This too would have been funny, barring that the fellow had a broken arm and some other pretty bad wounds.

One can understand, if not condone, nationals of those countries getting a little heated up about the fortunes of their teams, or any mockery thereof. But to see people whose passion for a team not their own turning into something

violent can’t be quite digested. Not for the right thinking anyway.

One has to but sit at the local tea stall in any street corner of any Bengal town (we sure it is the same elsewhere too) and listen to the discussions about the teams and their prospects. Even these get heated, but somehow, all of this turning into violence is something that seems to be associated with the growth of social media.

Or maybe, these are just more visible now.

Recently, there was a case of a person being killed after he had an argument with a friend about the two Indian Premier League franchises that they followed. It surely can’t get worse than people being killed for following a certain sporting team. It surely is not right that anyone be killed or injured or even castigated for their faith and support, in any walk of life.

Enjoy your football, be a passionate follower of your team, but take a deep breath before things go out of hand. It is for joy that sport is played, and destroying that, for whatever reason, is just not on.

Naga Chaitanya Had No Option But To Marry Samantha Ruth Prabhu, Here's Why

"I Am A Little Concerned"