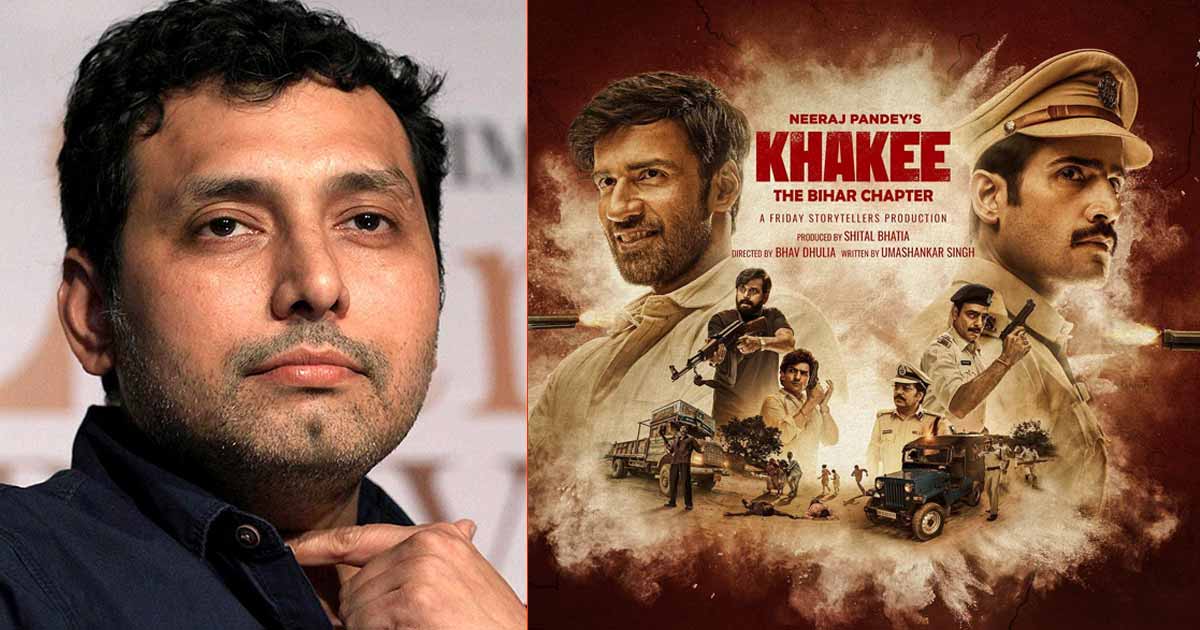 Neeraj Pandey: Good shows are not picked up from here and there (Photo Credits – Wikimedia/Poster from Khakee: The Bihar Chapter)

Film director, producer, and screenwriter Neeraj Pandey talks about his upcoming series ‘Khakee: The Bihar Chapter’ and why he chose the special story set in Bihar, which begins in 2004 between IPS officer Amit Lodha and a local mafia, Chandan. revolves around the conflict between

He said: “When I first met Amit, I found it unbelievable that there was an IITian who wanted to appear for UPSC, crack it and then choose IPS. He was originally from Rajasthan but he Was given the Bihar cadre. He landed in Patna and was a fish out of water. His entire journey, which started in Patna, and his encounter with this criminal form the core of the story.

“It is a story that is very strange because it is someone who is an outsider but has to fight against something that is very local and strong. When we got involved with the writing of the show, we understood that the tone of the show should be very interesting and should have a lot of wit and humour. There are moments of great relief in this gritty cop drama. It is not soft. Many things are peeping in the world of Bihar. You get a glimpse of what happens on trains, police stations and in a village. The show probably takes you to the mainland and you meet people from that world,” said Neeraj.

Neeraj Pandey made his directorial debut with ‘A Wednesday’, and later went on to garner positive responses for ‘Special 26’, ‘Baby’, ‘MS Dhoni: The Untold Story’ and web series ‘Special Ops’. Also directed. ,

Composed by Neeraj and directed by Bhav Dhulia, ‘Khakee: The Bihar Chapter’ is based on the book ‘Bihar Diaries’ by Amit Lodha.

It is often seen that whenever we talk about Bihar and UP, only ‘Bahubali’ comes to our mind. When asked if he has any connection with the people and whether he has immense influence in these areas and that is why he gets prominence in web series, TV shows or films, Neeraj replies that the concept behind making the series was, She wasn’t at all. Same.

“We didn’t have that approach at all. The book is the primary source in the matter. So, we were very clear that elements from the book were going to be in the show and, elements that Amit couldn’t keep in the book, but he trusted us. They were going to be a core part of the show. We don’t believe this type of adaptation helps. Good shows don’t work by picking up elements here and there. We need to be honest to the story, the characters and the story’s place Have to stay.

Neeraj Pandey further shared with IANS how the casting happened and said: “The script is locked. Normally, the process is that the casting director goes ahead and makes a ppt which they feel will be the right choice. So Bhav (Dhulia) sat on it and gave his inputs. The best thing was that we got first preference in the costumes. It is a very exciting outfit from two points of view. The first is that people from that part of the world are on the show. Takes care of a lot of the issues as far as the integrity of the show.”

“Secondly speaking, the voice of the show is completely rooted in that part of the world. It solves half your problems when you’re trying to tell a story like this,” he concluded.

‘Khakee: The Bihar Chapter’ will be streaming on Netflix from November 25.

Must Read: Shark Tank India Season 2: Namita Thapar Has A Sarcastic Reply To An Uproar Over Ashneer Grover’s Absence, Says “One Person Doesn’t Make Or Break A Show…”