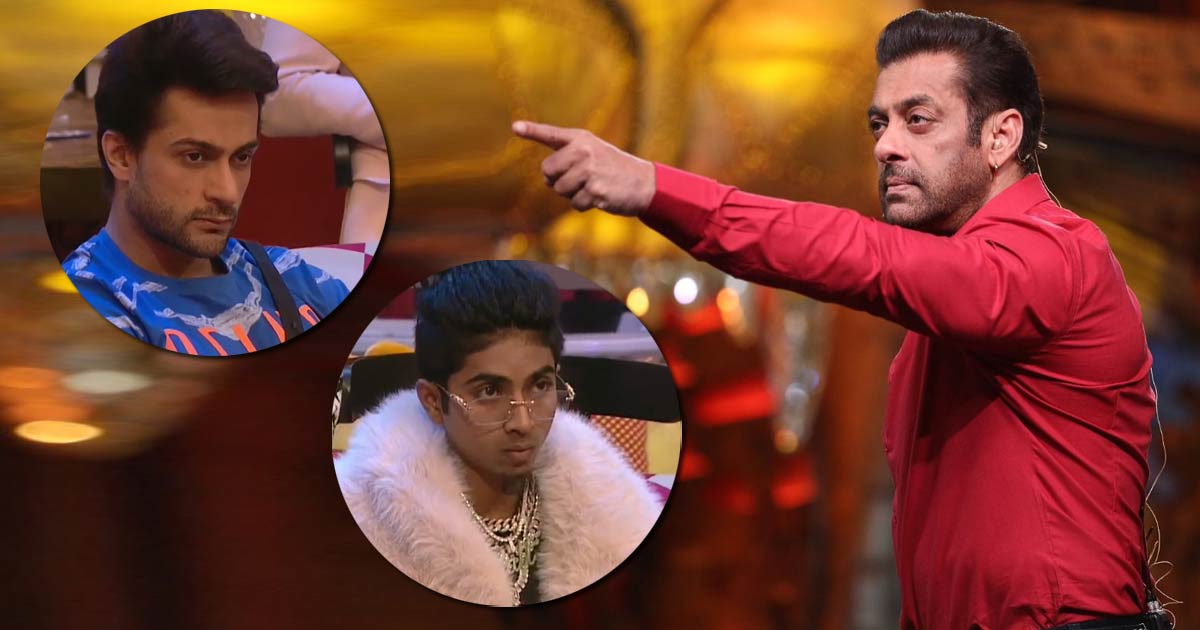 Colors’ Bigg Boss 16 enters into a high-octane ‘Weekend Ka Vaar’ with Dabangg host Salman Khan. It throws light on the heated argument that followed Shalin Bhanot and MC Steyn’s big fight. In the final week, viewers witnessed two contestants fighting after Tina injured her ankle. Shalin was trying to cure it through his self-proclaimed knowledge of physiotherapy which was not helping his injury.

Seeing Tina’s pained expression, MC Stan refuses to let her take her remedy, but Shaleen doesn’t budge and an angry MC Stan curses her. A series of abuses and insults were exchanged and soon the rapper was seen pouncing on Shalin.

History tells us that whenever Salman Khan takes off his blazer on ‘War’, it is time for a reality check and a brutal slew of exposés. All the Bigg Boss 16 housemates brace themselves as soon as Salman starts sharing his thoughts on the Shalin vs MC Stan fight. To apologise, MC Steyn owns up to his aggression and shakes Shalin’s hand, but breaking the cardinal rule of the house doesn’t go without punishment. Watch the episode to know the harsh punishment given to the rapper.

Next in the firing line of Salman Khan is Sumbul Touqueer who appears to be meddling in issues where his stand is not clear. The Bigg Boss 16 host directly asked him to share about his dynamics with Shalin Bhanot. Is it love or is it friendship? Salman invited Tina Dutta, Nimrit Kaur Ahluwalia, Sajid Khan and Abdu Rozic to share their insights on the same. Most of them said that Sumbul has a soft corner for Shalin. Salman cannons the truth bomb at Shalin, who apparently knows everything from proper protein intake to physiotherapy, but does not see that a teenage Sumbul has feelings for him.

Priyanka Chahar Chowdhary, who is known to meddle in issues, is questioned by Salman over her participation in the Shaleen vs MC Steyn fight. The host exposed her hypocrisy saying that she didn’t utter a word against (her then bestie) Archana Gautam when she indulged in violence. He also cautioned Ankit Gupta not to blindly support Priyanka in her efforts to look perfect.

Amidst all this drama of Bigg Boss 16, stars of upcoming ‘Action Hero’ Ayushmann Khurrana and Jaideep Ahlawat joined Salman Khan on the stage. The guests play a game called ‘Bibi Ke Sitaare’ with the housemates. In this, two participants choose one of their two favorite contestants. The photo of the least favorite of the two should be marked by the participants. Find out who’s going to beat it in this action-packed segment.

TRESemmé, Schezwan Chutney from Special Partner Chings and keep watching the excitement and drama of ‘Bigg Boss 16’ powered by Make-up partner MyGlamm, every Monday to Friday at 10:00 pm and every Saturday-Sunday at 9:30 pm only on Colors and Voot.

Must Read: Bigg Boss 16: Gauahar Khan slams Tina Dutta for her decision of not being loyal to Shalin Bhanot, calls it “Bull nonsense”