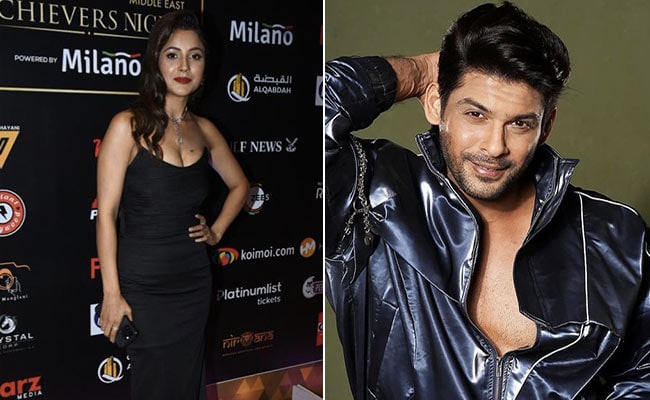 Shehnaaz Gill, who won the award at an event, dedicated it to her alleged boyfriend and late actor Sidharth Shukla. Shahnaz attended the Filmfare Middle East Achievers Night in Dubai on Saturday. On receiving the Rising Star of Bollywood award, the actress thanked the late actor for “investing in her”. In a viral clip shared on Twitter, Shehnaaz can be heard saying, “I will not dedicate at all to my family, my friends and my team because it’s my hard work. Friends or team because it’s my hard work ).” On seeing the award, Shehnaaz said, “Aur tu mera hai aur mine hi rahega, ok?”

Soon after the video was posted on Twitter, fans flooded the comments section. One user wrote, “So proud #SHHNAAZGILL she thanked Sidharth Shukla. That’s such a cute moment I watched that part rewinding again and again. ‘ While another wrote, ‘Awwww who made me cry oh my god congratulations .

Take a look at the viral video:

she dedicated this award to the king of our hearts @sidharth_shukla

What’s not to love about Neha Bhasin’s birthday look