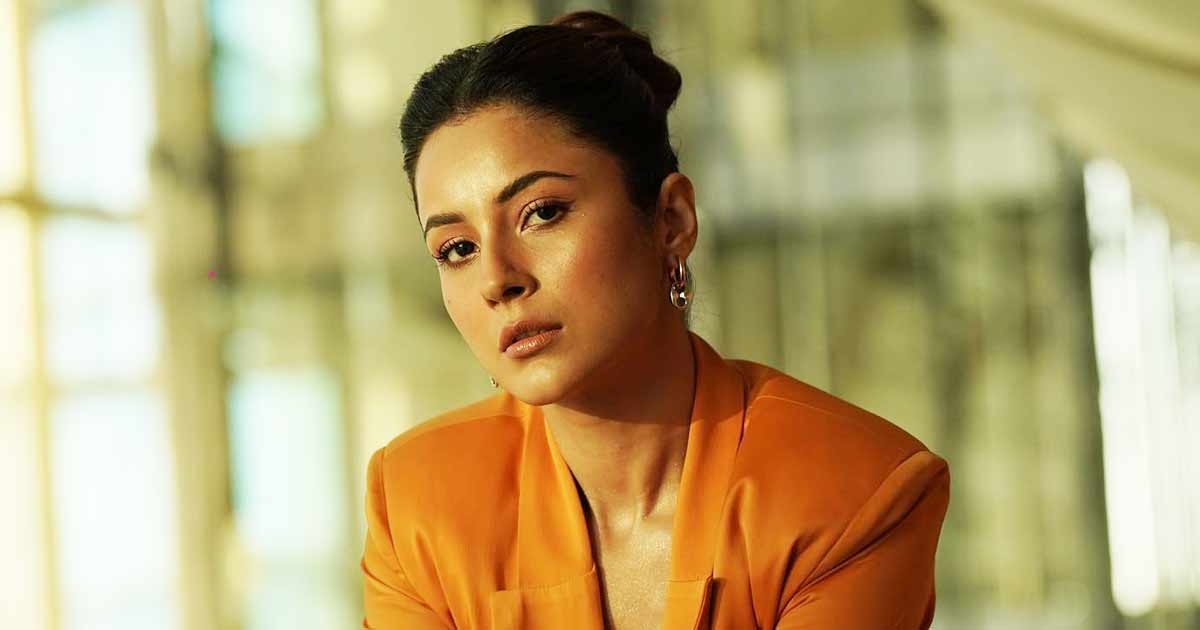 Shehnaaz Gill shot to fame after being in the house of one of the most popular and controversial reality shows, Bigg Boss. Her cute caricature and endearing friendship with late actor Siddarth Shukla was one of the highlights of Bigg Boss 13. After her exit from the house, she became an overnight sensation, and is now one of the most popular artistes who enjoys a massive following. fans on their social media handles. It’s debut time for Shehnaaz Gill at the Filmfare event and it remained so during the press conference.

Let us tell you that Sana is all set to make her big Bollywood debut opposite Salman Khan in Kisi Ki Bhai Kisi Ka Jaan. Besides acting, she is also very good at singing!

Now, as Shehnaaz Gill is making her debut at Filmfare, she also graced the press conference event where she looked drop dead gorgeous in an orange pantsuit. She completed her look with a deep shade of orange tank top and a pair of beautiful earrings. She kept her makeup minimal, and sun kissed, and for hair, she tied it in a sleek bun.

After the press conference got over, Shehnaaz Gill joined the wave of the crowd to click selfies and have a moment with their favorite ‘lady superstar’. However, Koimoi captured the moment and shared it on their official Instagram handle.

As soon as the video hit the internet, netizens went crazy to see Shehnaaz Gill fanning such a massive fandom. She took to the comments section and was flooded with comments like “She spreads positivity and peace everywhere with her presence”, “epitome of beauty”, “elegance and grace #shehnaazgill,” “real love real fame”. One of them also wrote, “Ja dekho she fan hai hamari queen ke”, while another commented calling her a lady superstar, “Lady superstar Shehnaaz Gill.”

Sana is definitely making heads turn in the world at the moment! What are your thoughts on this? let us know!

Must Read: Bigg Boss 16: Hina Khan And Gauahar Khan To Enter The House As Seniors? This actor will replace Siddharth Shukla in the upcoming season [Reports]

Wordle 519 answer for November 20: all the exciting hints and clues you need

Rakul Preet is grateful for audience’s love for Chhatriwali, says “thankyou for giving soooo much love to Sanya”
4 hours ago

BREAKING: Dharma Productions ropes in Jahnvi Kapoor in the lead as it begins filming its next
6 hours ago

Anurag Kashyap Reveals Actor Abhay Deol “Is Non-Responsive” To His Calls, READ TO KNOW WHY
7 hours ago