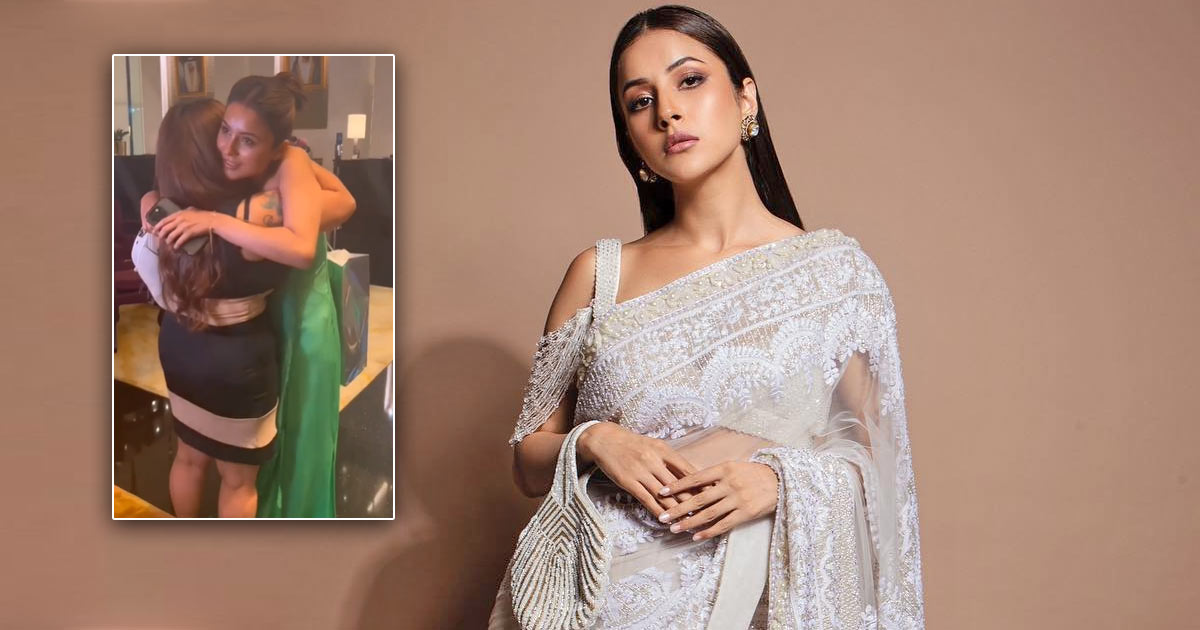 It’s no secret that Shehnaaz Gill is the new reigning queen of TV! After her stint in Bigg Boss, Sana carved a special place in the hearts of her fans and has a huge fan following on social media and beyond. The Bigg Boss 13 fame is currently having a great time in Dubai where she is gracing the Filmfare Middle East Awards for the first time. Now a new video of Sana has surfaced on the web and it proves why she is called the queen of hearts.

A while back we brought to you a clip where the actress was mobbed by fans at the same event. Several videos have surfaced on the web and are going viral for all the right reasons.

Shehnaaz Gill has once again become the talk of the town after an emotional video of her has surfaced on the internet. In the now viral video, Shahnaz is seen wearing a strapless over-layered green gown, which she has carried very gracefully. She looked stunning as ever with her hair tied in a high bun. In the clip, which seems to have been recorded by fans, they can be seen spotting Sana from afar.

As she approaches him, the fan steps forward and extends his arms for a hug. She becomes emotional when he hugs her and reveals that they took a 16-hour flight and came all the way from California.

Soon after the clip went viral, netizens couldn’t stop praising and loving the actress. Commenting on the video, a user wrote, “The epitome of beauty, elegance and grace #shehnaazgill” while another said, “We are proud of you Rani.” Some other comments read, “She is so humble”, “Heart touching”. …” said another user.

Coming back, isn’t this the most heart touching video you will see on the internet today? Tell us your thoughts on the same.

Bullshit, Gauahar Khan lashes out at Tina for her decision not to be loyal to Shalin