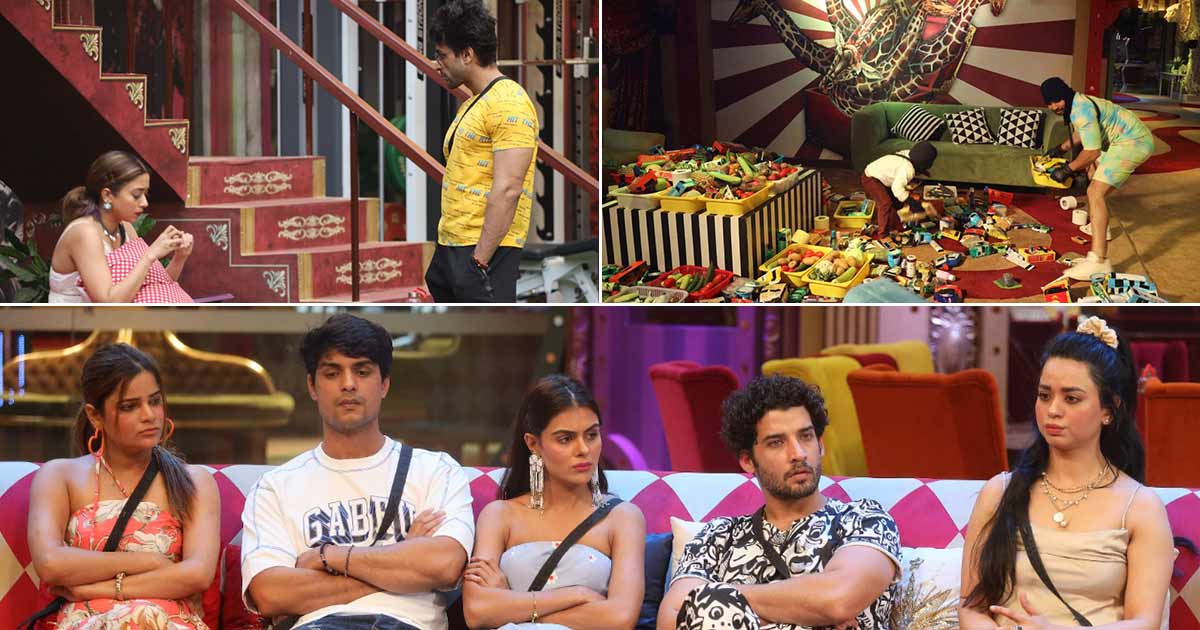 Colors’ Bigg Boss 16 house is going to shake many alliances after the nomination. It is currently divided into favorite and non-favourite contestants of this week’s captain and king of the house, Sajid Khan. Amidst the tension brought on by the nomination drill, Archana Gautam and Priyanka Chahar Chowdhary revisit their fight over House duties.

It all starts with Captain Sajid Khan handing over Priyanka, which Archana finds slight. Priyanka is furious with Archana for interfering with her duties and later labels her as ‘useless’, who enjoys free lunches in the house. Archana launches a series of taunts targeting Priyanka for her false confidence about winning the trophy and being footage savvy. Archana and Priyanka, who were once best friends, are now seen fighting on many issues. Will this friendship last?

Known to treat everyone as her competition, Archana gets into a huge argument with the captain, Sajid Khan. Sajid gets angry when Archana refuses to do the work assigned to him. She argues, ‘Aap ka kaam hai na, Bigg Boss ka thoda na hai’. Enraged by Archana’s disobedience and stubbornness, Sajid asks Archana to get out of the kitchen and forbids her to do kitchen work as a punishment.

While tempers continue to fly, ‘Bigg Boss’ reprimands Captain Sajid Khan for not taking the distribution of duties seriously by resorting to the chit system. As he is the king of the household, he is exempted from punishment for his folly. However, Sumbul Taukeer has to pay for his mistake. Since he helped Sajid prepare the chit, he was sent back to the non-preferred squad.

It’s time for the assignment of the week! In this task, ‘Bigg Boss’ announces that the contestants must raid the ‘Raja’s godown’, which is full of ration. The task begins with the contestants wearing black masks and as soon as the light is turned off, they must enter the warehouse and begin stealing until the captain presses the buzzer to end the round. Competitors who continue to steal after the buzzer has sounded will be fouled. Will the ration task lead to more fights in the house?

Keep watching the excitement and drama of ‘Bigg Boss 16’ every Monday to Friday at 10:00 PM and every Saturday – Sunday at 9:30 PM only on Colors and Voot.

Sara Ali Khan Pics: Sara Ali Khan gave such poses while sitting on the cot near the garbage, users said - 'How much do you cheat'