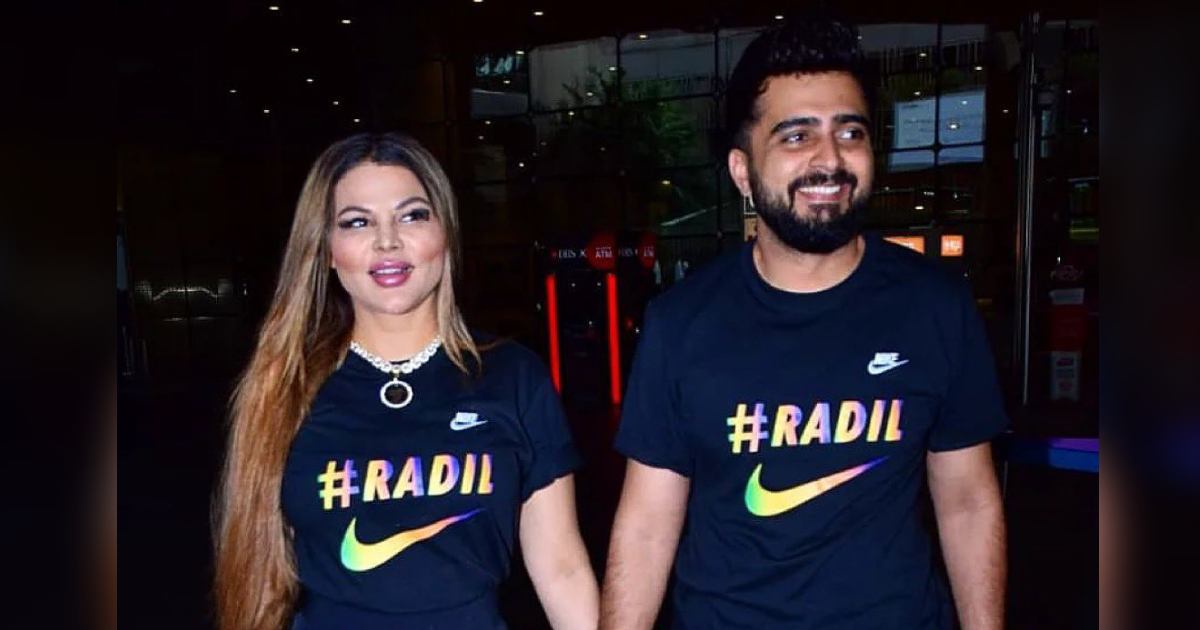 “No matter how big the heroine is…” says Rakhi Sawant on Adil Durrani not doing kissing scenes on screen (Picture Credit: Instagram)

Rakhi Sawant dominates the internet for every reason. Be it for verbal war with any other celebrity or for making some controversial statement or because of his relationship with Adil Khan Durrani. A few days ago there was a rumor that she had filed a complaint against her boyfriend Adil, but later she cleared the confusion. Now, she has announced that she and Aadil will be working in a web series, but there is a hitch.

Rakhi recently announced that her boyfriend Aadil is all set to debut in a web series with her. But there is something he will never do on screen. Scroll down to find out what!

In a conversation with Instant Bollywood, Rakhi Sawant opened up about getting excited about working with her boyfriend Adil Khan Durrani in a web show that will stream on Cine Prime. She said, “I would like to congratulate Adil many times that he is doing a good web series with me on Cine Prime.”

When Adil was asked whether he would do a kissing scene with Rakhi Sawant onscreen or not, he shared “Woh Rakhi ko pata that no one can and will not do in such a scene.” When the interviewer further asked what he would do if there was a demand in the script, Rakhi interrupted and said, “If there is a demand, he will not do it. Adil has clearly told me that I am coming from a Muslim family, I belong to Durrani family.My grandfather was a warrior.No matter how big the heroine is,I will not do kissing scene.

As soon as the video hit the internet, netizens started trolling Rakhi and Aadil, with one of them commenting, “Ushko kis karega to fil aayega bhai ke hot ko kis kar raha hai”, while another wrote, ” If he gets any other heroine, he will do it” 😂😂😂 Adil you would have got a good gf.” Another user wrote, “Chahe koi kitni bhi bigi heroine ho mein kissing scene ni karunga rakhi…….to bhai tumko badi film mein lega kaun??😂😂😂.” All are excuses for not doing with Rakhi 😂😂😂.

Well, what are your thoughts on this? let us know!