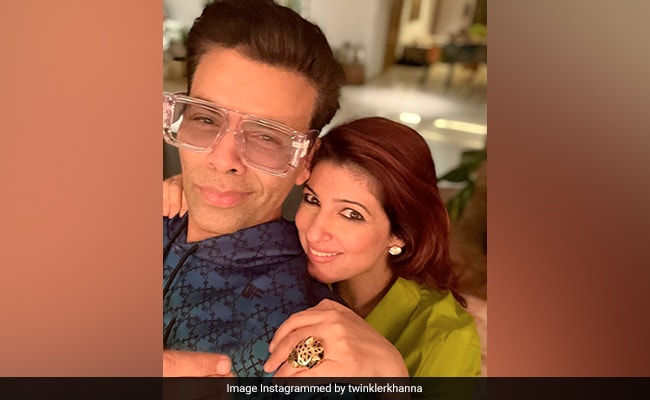 Twinkle Khanna’s talk show Sign, his childhood friend and filmmaker Karan Johar was the new guest. During the episode, Twinkle Khanna roasts KJo (in all good humour) and reveals why she will not be appearing on his chat show coffee with karan, When Twinkle Khanna repeatedly asked KJo about their “latest matches” (as in the star couples they matchmaking), KJo said, “You look like me, Tina.” Twinkle Khanna’s ROFL reply was: “Why not? Wait, then I have to ask you questions like, Have you done threesomes? Which is your favorite position? Who do you prefer sleeping with Shahrukh or Aamir?” Karan Johar, who couldn’t hold back his laughter, said, “I’ve never asked anyone that question. No, I don’t ask such questions? How can I?”

Twinkle Khanna, who shot to fame in the fifth season of Karan Johar’s show coffee with karan Stayed in headlines for a long time with her husband Akshay Kumar. Earlier this year, Mrs Funnybones shared this ROFL post and wrote: “Hmm… can’t have coffee with Karan again but tea with Twinkle might not be a bad idea.”

Twinkle Khanna is a renowned columnist and author Pajamas are forgiving, the story of Lakshmi Prasad And mrs funnybones All of these were best-sellers. Twinkle is also an interior decorator, owner of The White Window and a film producer. His last project as a filmmaker was the National Award winning film padman, which starred her husband Akshay Kumar in the lead role. She also runs a digital content company named Tweak India.

Television Cricket League Grand Opening In December, All You Need to Know

Follow Us
Featured Posts
This is how, Kajol, Hema Malini, Asha Parekh and Raveena Tandon came together for the first death anniversary of legendary singer Lata Mangeshkar
45 mins ago