The tiny, conservative Muslim nation may show little tolerance for the booze-fueled hooliganism that has unfolded at tournaments past. 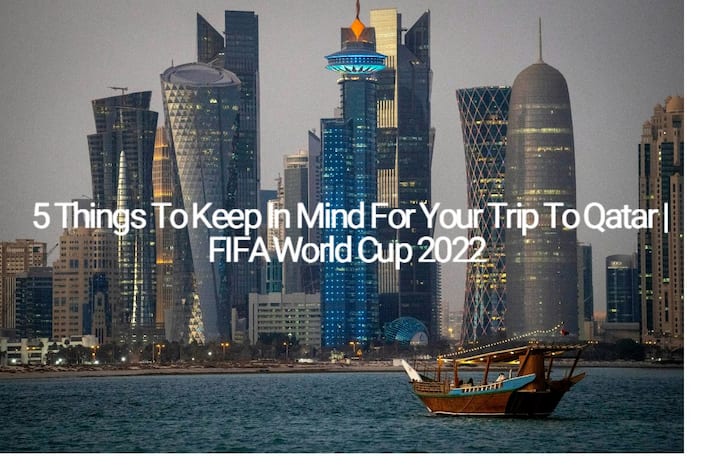 FIFA World Cup 2022: Over a million sports fans will go to Qatar for the World Cup in November and December, a spectacle that typically turns host countries into a nonstop party. But this year may be different.

The tiny, conservative Muslim nation may show little tolerance for the booze-fueled hooliganism that has unfolded at tournaments past.

Qatar has sought to portray itself as welcoming to foreigners but traditional Muslim values remain strong in the hereditarily ruled emirate. Qatar’s judicial system, based on an interpretation of Islamic law, or Shariah, has drawn Western criticism for its tendency to favor prosecutors and police.

The autocratic country says it will loosen up for the unprecedented influx of tourists. But fans attending the World Cup should be mindful of Qatar’s laws and cultural customs, including policies for alcohol, drugs, sexuality and dress code.

Here’s a look at the some of them: 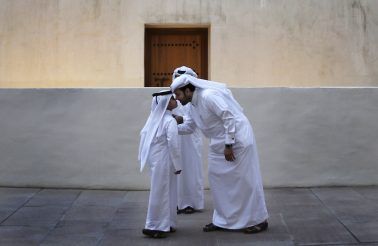 Alcohol is served only in hotel restaurants and bars that have licenses in Qatar. It is illegal to consume it elsewhere. Non-Muslim residents of Doha who have a liquor license, however, may drink at home. At the World Cup, fans will be allowed to buy Budweiser beer within stadium compounds — though not at concourse concession stands — before and after games. Fans can also drink in the evenings at a designated “fan zone” in downtown Doha. Generally in Qatar, public drunkenness is punishable by hefty fines and jailing. But the head of Qatar’s security operations has said that during the tournament, police will turn a blind eye to most offenses but potentially make arrests if someone gets into a drunken brawl or damages public property. The legal drinking age is 21, and bouncers at bars often ask for photo ID or passports upon entry. 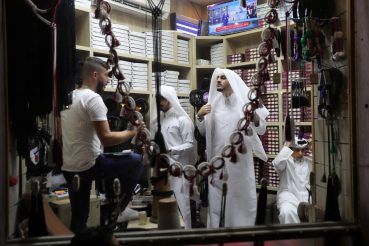 Qatar is one of the world’s most restrictive nations when it comes to drugs, prohibiting cannabis and even over-the-counter medications like narcotics, sedatives and amphetamines. The sale, trafficking and possession of illegal drugs may lead to severe penalties, including long-term prison sentences followed by deportation and heavy fines. Drug smuggling charges can carry the death penalty. World Cup fans should be aware of these laws when arriving at Hamad International Airport, where authorities scan bags and passengers with new security technology and have arrested those carrying the smallest quantities of drugs. 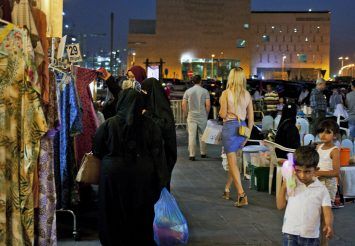 Qatar considers the cohabitation of unmarried women and men a crime, using so-called indecency laws to punish extramarital sex. However, authorities say unmarried couples can share hotel rooms during the World Cup without issue. On the streets, public displays of affection are “frowned upon,” the government tourism website says. Holding hands won’t land you in jail, but visitors should avoid showing intimacy in public. Qatari law calls for a prison sentence of one to three years for adults convicted of consensual gay or lesbian sex. Crossdressing is also criminalized. World Cup organizers have told The Associated Press that anyone, regardless of their sexual orientation, can come “without fear of any sort of repercussions.” But one official warned rainbow flags could be confiscated to protect fans from being attacked for promoting gay rights in a region where discrimination runs rampant. 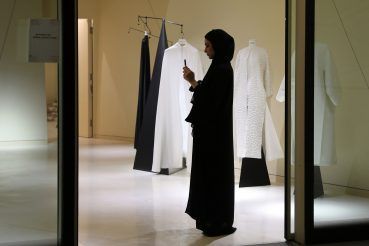 Qatar’s government tourism website urges men and women to “show respect for local culture by avoiding excessively revealing clothing in public.” It asks visitors to cover their shoulders and knees. Those in shorts and sleeveless tops may be turned away from government buildings and malls. Women visiting mosques in the city will receive scarves to cover their heads. It’s a different story in hotels, where bikinis are common at hotel pools. 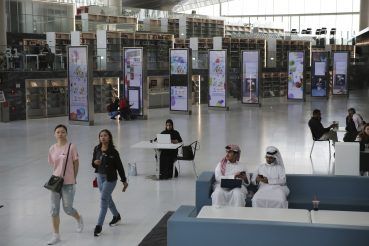 Flashing the middle finger or swearing, particularly when dealing with police or other authorities, can lead to arrest. Most criminal cases in Qatar that entrap unwary foreigners involve such offenses. Many Qatari women and men will not shake hands with the opposite sex; wait for a hand to be offered. Filming and photographing people without their consent, as well as taking pictures of sensitive military or religious sites, may result in prosecution. It’s also important to tread carefully when discussing religion and politics with locals. Insulting the royal family can land you in prison. Few Qataris are likely to welcome criticism of their governance system from a tourist. Spreading fake news and harming the country’s interests is a serious and vaguely defined crime, so it’s best to steer clear of social media commentary on Qatar.