Ileana D’Cruz celebrated her 36th birthday on 1 November. The actress marked her special day in the company of her family and friends. Now, more than a week after her birthday, Ileana has shared a heartwarming note along with an old picture of herself at the beach. She is looking very beautiful in white swimwear. Ileana wrote in the caption, “I got so much love on my birthday and got to spend it with my family and some amazing new people whom I now call my friends.” The actress said she will be sharing more pictures from her birthday celebrations but currently, she just wants to be “happy, grateful and lucky to feel that way”. She continued, “I’ll be ready to put up a few more pictures but just happy, grateful and lucky to feel that way for now.” The actress is busy shooting for Karisma Kohli’s show along with Anya Singh and Vihaan Samat. In her caption, Ileana also thanked Vihaan for clicking some “cute pictures” of her.

Ahead of her birthday, Ileana D’Cruz celebrated Diwali with her co-stars and Karisma Kohli. She also shared excerpts from her usual celebrations. “This Diwali I surrounded myself with the best kind of light. And dare I say it blessed,” she wrote in the caption and gave photo credits to Anya Singh and Vihaan Samat.

Ileana D’Cruz is also celebrating her cat Shallot’s first birthday today. Her Instagram Stories are everything good for her pets. to keep track: 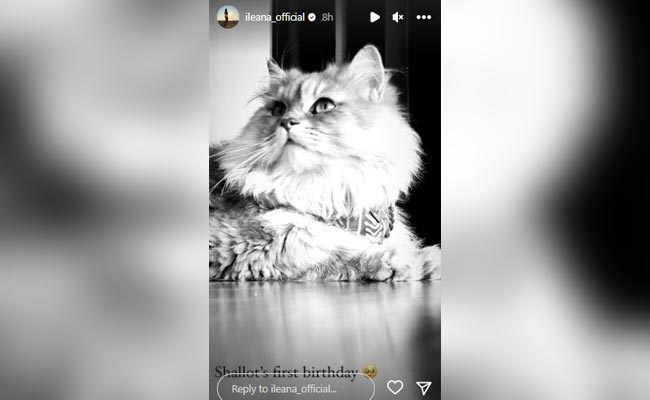 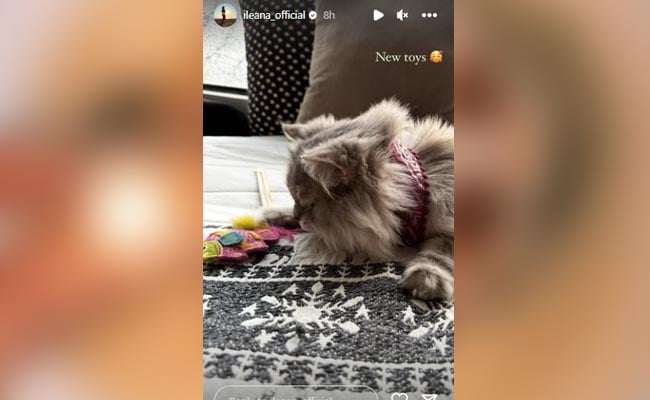 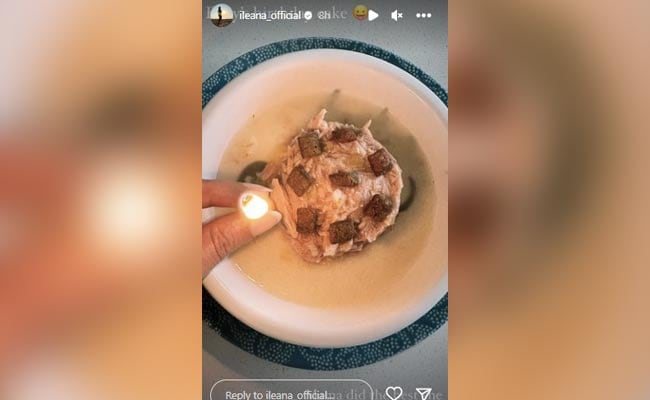 Ileana D’Cruz also penned a lovely note for her little friend. It read, “So glad I found you. My life has never been the same since then and I love being your mother and the joy you bring to me. Happy first my baby Shallot.” 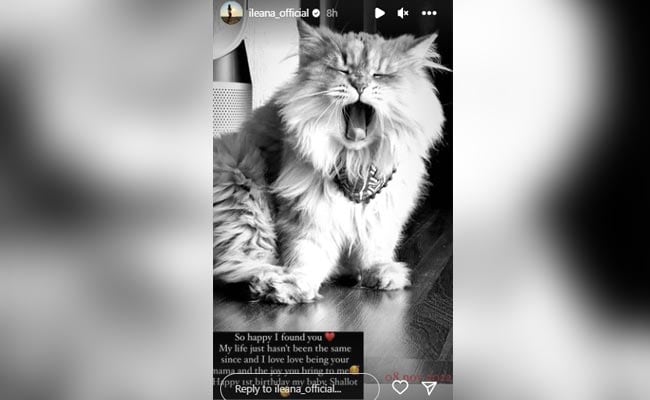 On the work front, Ileana D’Cruz was last seen in The Big Bull. Her upcoming projects include Top Guha Thakurta’s Lover and Balwinder Singh Janjua’s Unfair and Lovely. She will co-star with Randeep Hooda in the film.

Parineeti Chopra poses with her father at Mumbai airport

Featured Posts
Jin Complains Jungkook Didn’t Visit Him on His Birthday During Live, Jimin Turns Up Instead
12 mins ago

Akshay Kumar to Make Film on Sex Education; Asked About Doing ‘Anti-Pakistan’ Film; He Says ‘Don’t Get Serious’
29 mins ago

Rishabh Pant Released From ODI Squad; To Be Available For Test Series
54 mins ago