The Netherlands will be determined to reassert themselves on football’s biggest stage after their absence from the 2018 tournament in Russia. 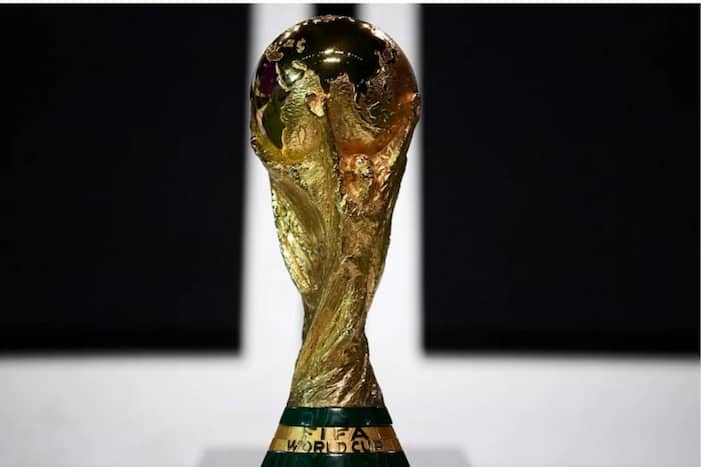 Rio de Janeiro: What is a seemingly innocuous World Cup opening phase for the Netherlands promises to be one of trials and tribulations for Senegal, Ecuador and hosts Qatar. While the Oranje are tipped by many to breeze through their first three fixtures, much less is expected of their Group A rivals.

Senegal have not progressed to the knockout rounds since 2002. Ecuador last did it in 2006. Qatar have never done so as they make their first World Cup appearance. The Netherlands will be determined to reassert themselves on football’s biggest stage after their absence from the 2018 tournament in Russia.

Here is a Xinhua’s breakdown of the four teams in Group A, which kicks off on November 20 when Qatar and Ecuador meet in Al Khor.

Having failed to qualify for the 2016 European Championship and the 2018 World Cup, the Netherlands are back among Europe’s elite.

The three-time World Cup runners-up secured a berth in Qatar by finishing top of their qualifying group with seven wins, two draws and one defeat, two points ahead of second-placed Turkey.

The Oranje’s improved fortunes coincided with the return of manager Louis van Gaal, who took charge of the national team for a third time following the sacking of Frank de Boer in July last year.

The Liverpool No. 4 remains one of the world’s top defenders, combining strength and aerial prowess with composure on the ball and a superb passing range.

At 31, this will be the last time he competes in football’s showpiece tournament while in his prime. He will not be lacking in motivation, having missed Euro 2020 with a knee injury.

One to watch: Matthijs de Ligt

Van Dijk’s central defensive partner will likely be Bayern Munich’s Matthijs de Ligt. The 23-year-old has been an increasingly important part of the national team since 2017 and has raised his game to another level since joining Bayern Munich in July.

After an inauspicious start to his time in the Bundesliga, the former Ajax and Juventus player is now an undisputed starter under manager Julian Nagelsmann.

Ecuador will be making their first World Cup appearance since 2014, when they were knocked out in the group stage in Brazil.

Gutavo Alfaro’s men secured a direct ticket to Qatar by finishing fourth in the South American qualifying group, ahead of teams of the calibre of Peru, Colombia, Chile and Paraguay. They seem to be peaking at the right time, having lost just one of their last 12 matches and going undefeated in their past six.

The 20-year-old’s poise and geometric passing have also made him a constant presence in the midfield of Premier League outfit Brighton.

His performances this season have reportedly attracted the interest of Chelsea, Manchester United and Liverpool

One to watch: Piero Hincapie

Another young player to shine on the European stage this season is Bayer Leverkusen central defender Piero Hincapie.

Like Caiecedo, Hincapie is also the subject of transfer speculation, with media reports linking him with Arsenal, Napoli, AC Milan and Roma.

The 20-year-old has already been capped 21 times for his country and was a vital part of a defense that conceded just 19 goals in Ecuador’s 18-game World Cup qualifying campaign.

Qatar has a population of just three million people and is not renowned for its football pedigree. But only a fool would take the tournament hosts lightly.

Felix Sanchez’s men won the 2019 Asian Cup on home soil, beating the likes of South Korea and Japan in the process. They also performed above expectations as guests at last year’s CONCACAF Gold Cup, losing to eventual champions United States in the semifinals.

An impressive mix of experience and youth, combined with Sanchez’s tactical expertise and the support of home fans, could see Qatar again punch above their weight here.

He is the only player to lead the scoring at international championships in two different continents.

Qatar also boast an attacking weapon in 26-year-old winger Akram Afif. The Al Sadd player has scored 76 goals and provided 63 assists in 124 appearances for the Qatari club, whom he joined from Villarreal in 2018.

A strong World Cup showing could earn him a move back to Europe, where he also had spells with Spain’s Sporting Gijon and Belgium’s Eupen.

Senegal are Africa’s highest ranked team (18th) and have lost just one of their past eight matches.

The Lions of Teranga will be aiming to become the first African team to progress beyond the quarterfinal stage at a World Cup. The feat was achieved by Cameroon in 1990, Ghana in 2010 and Senegal themselves in 2002.

Manager Aliou Cisse can take much of the credit for turning a talented but erratic outfit into one that has developed a potent mix of defensive solidity with attacking flair.

After struggling early in his international career, Sadio Mane has become a prolific performer for Senegal and is the national team’s all-time highest scorer, netting 34 times in 93 matches.

The striker’s appetite for goals has not diminished since his July move from Liverpool to Bayern Munich. The 30-year-old has averaged a goal every two games across all competitions for the Bundesliga outfit.

One to watch: Pape Matar Sarr

A strong and composed defensive midfielder, Pape Matar Sarr caught the attention of major European clubs with his performances for Metz as an 18-year-old in the 2020-2021 Ligue 1 season.

Tottenham won the race for his signature, loaning him back out to Metz last season to allow him to continue his development in France.

Having returned to Spurs in the summer, Sarr has struggled for first-team opportunities under Antonio Conte this season, but he is expected to be a key presence at the heart of Senegal’s midfield in Qatar.