Kangana Ranaut Likes Alia Ranbir Baby Girl Post: In June, when Bollywood actress Alia Bhatt announced her pregnancy, she was constantly in the news for becoming a mother. Now on October 6, Alia gave birth to a baby girl and Ranbir-Alia have become parents, after which both of them have come in the limelight.

Alia shared the information about becoming a mother with her loved ones through social media, on which the reaction of many stars like Akshay Kumar, Anil Kapoor, Madhuri Dixit, Sara Ali Khan was seen.

Kangana reacted
Along with Alia Bhatt, the baby girl’s grandmother i.e. Neetu Kapoor also shared this happiness on social media and the reactions of many stars were also seen on her post. At the same time, Kangana Ranaut has also reacted to that post. Let me tell you, Kangana has liked that post of Neetu Kapoor. 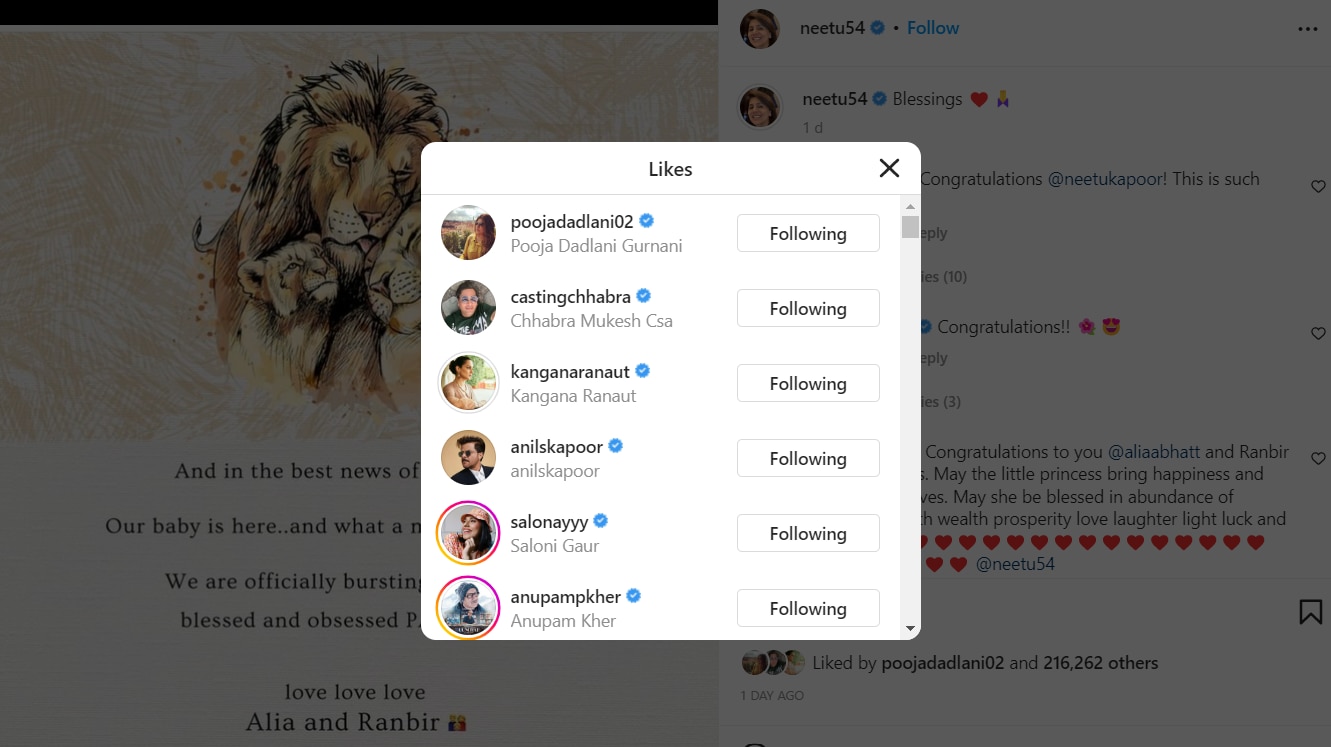 Significantly, Kangana Ranaut is known for her controversial statements. At the same time, liking Alia’s post of becoming a mother becomes special because Kangana has spoken against Alia many times.

The child was told PR
When Alia announced her pregnancy in June, Kangana had called the unborn child PR while taking a jibe at ‘Brahmastra’ released in September. Sharing a post on Instagram Story, Kangana said, “Controlled media with marriage and baby PR, put KRK in jail, bought reviews, bought tickets for ‘Brahmastra’. He can do everything, but cannot make a good honest film.”

Flashback: Aishwarya Rai was kicked out of Shah Rukh’s films for being an outsider

Sunny Leone praised Urfi Javed’s outfits, later replied “You can compete with me, but you can’t…”
57 mins ago