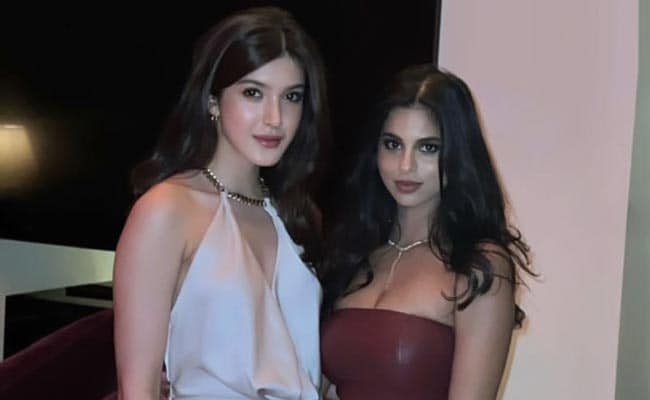 Shanaya Kapoor is celebrating her 23rd birthday today (November 2) and she got a special wish from her BFF Suhana Khan. She shared a stunning picture on her Instagram handle, in which both of them look beautiful as they pose for the camera. Shanaya can be seen in a white satin ensemble, while Suhana looks pretty in an off-shoulder brown bodycon dress. Sharing the post, he wrote, “Happy birthday to my favorite girl. I love you Shaan (Shanaya Kapoor). 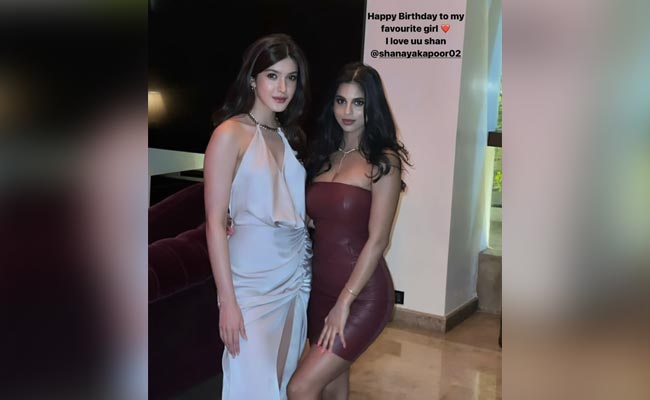 Suhana Khan and Shanaya Kapoor are best friends. Though they don’t often share pictures, they don’t leave any chance to comment on each other’s posts.

A week ago, Suhana Khan shared a picture of herself in a saree and dropped a yellow heart in the caption. Soon after sharing the post, Shanaya commented, “Can’t take my eyes off yours”

A few days back, Shanaya Kapoor shared a few pictures of herself recreating Anne Hathaway’s look from The Princess Diaries. Sharing the pictures, she wrote, “Me, a princess? Shut up!” Soon after she shared the post, Suhana commented, “Stunn,” followed by love-filled emoticons.

Meanwhile, on the work front, both Suhana and Shanaya are soon going to make their big debut in Bollywood. Suhana will be seen in Zoya Akhtar’s The Archies alongside Amitabh Bachchan’s grandson Agastya Nanda and Sridevi’s daughter Khushi Kapoor. Shanaya, on the other hand, will be seen in Karan Johar’s Bedhadak alongside Lakshya Lalwani and Gurfateh Pirzada. Both the films will release next year.

Asked About The Film, Director Siddharth Anand Said This: "Not Just A Film, It's An Emotion"