Ranbir Kapoor in a scene from the video. (courtesy: ayan_mukherjee)

Just when we thought the promotions for the OTT release of Brahmastra couldn’t get better, Ranbir Kapoor and Ayan Mukerji proved us wrong. The two are back with another ROFL clip, which is too good to miss. Earlier, we saw Ranbir Kapoor complaining about the constant promotions of his latest film, which is all set to release on Disney+ Hotstar on November 4. Now, the latest clip shared by director Ayan Mukerji shows the actor announcing the release of Brahmastra on the OTT platform. Their struggle is hilarious. At first, Ranbir is seen sitting on a couch with a serious face. As Ayaan calls him and says “action”, the actor slips into his character and happily announces the release date. But that is not enough for Ayaan, he also wants Ranbir to say “Blockbuster” to highlight the performance of the film at the box office.

“Blockbuster, you have to say it,” the filmmaker says to Ranbir Kapoor, who seems reluctant. In another shot, Ranbir says, “Watch our blockbuster Brahmastra on November 4 on Disney+ Hotstar.” Again, not happy with the take, Ayan Mukerji asks her to “do it properly”. Ranbir then rises from the sofa and walks out of the frame shouting: “Bhai mera ho gaya hai, ab tereko jo bolna hai tu bol (I’m done, now say whatever you want to say).

Then, Ayan Mukerji enters the frame and re-announces the Brahmastra OTT release date. In the caption, he wrote: “Just in case you missed it. November 4th… the light is coming! (again) for Disney+Hotstar!… Blockbuster!”

Meanwhile, watch the video of Ranbir Kapoor complaining about the “over-hype” of Ayaan’s directorial. Sharing the clip, the director wrote this hilarious caption, “Ranbir, I hope you are reading this from your secret Instagram account – you have 2 more parts to go on Brahmastra, so, better you join me Be nice!”

Brahmastra will release in cinemas on 9 September. Its streaming will start on Disney + Hotstar from November 4. 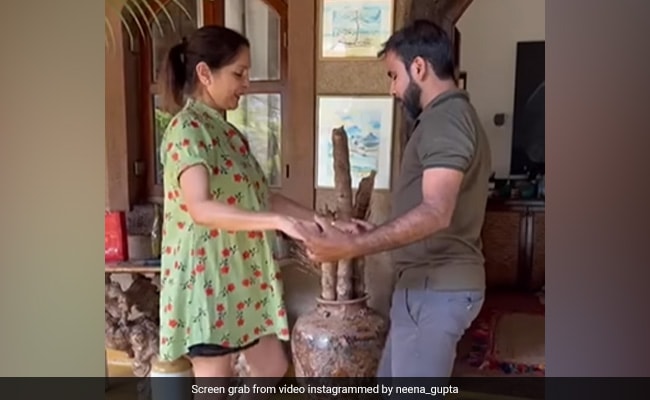 Featured Posts
8 films like The Kashmir Files on which different allegations were made, from PK to Tandav. ENT LIVE
2 mins ago

Shaleen Bhanot is not interested in Tina Dutta, said- “I am madly in love with you, it is not like that at all”
9 mins ago

Raveena Tandon’s Safari Vehicle Gets Too Close to Tigress in Reserve, Investigation Launched
13 mins ago