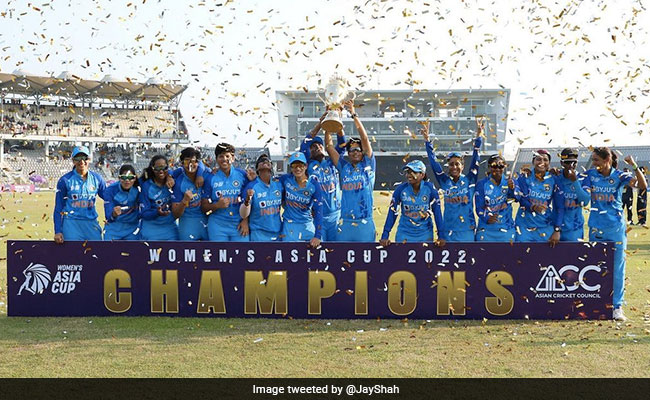 What a good front foot shot. The game is expected to be such an equalizer (in more ways than one) that it will pave the way for others to follow. https://t.co/Ko1pZpWm8z

Actress Priyanka Chopra shared a video on her Instagram story and wrote, “BCCI you hit it out of the park! An important decision in ensuring equality and pay parity. I hope this will be the first of many for us.” ! “

Taking to Instagram, actor Suniel Shetty shared a post, which he captioned, “Congratulations to BCCI and everyone involved in this powerful and historic decision. It is and should be the face of New India.”

Taapsee Pannu tweeted, “A big step towards equal pay for equal work. Thank you BCCI for leading by example.”

A big step towards equal pay for equal work. Thanks to BCCI for leading by example

Actor Akshay Kumar wrote,Heart felt happy after reading this. have gone, This is an absolutely wonderful decision, which will go a long way in preparing our women players for professional cricket.”

@BCCI@jayshah , This is absolutely a wonderful decision, which will go a long way in preparing our women players for professional cricket. https://t.co/4CyoESa0D2

The Board of Control for Cricket in India (BCCI) on Thursday announced equal match fees for both men’s and women’s cricketers from India. BCCI secretary Jay Shah took to his official Twitter handle to announce the move.

“I am pleased to announce the BCCI’s first step towards tackling discrimination. We are implementing a pay equity policy for our contracted women cricketers. Match fees for both male and female cricketers will be the same as we Stepping into a new era of gender equality. In Indian cricket,” he tweeted.

BCCI secretary Shah also highlighted the new fees for contracted players and insisted that the Indian women’s cricket team will earn the same match fees as their male counterparts. “@BCCI women cricketers will be paid the same match fee as their male counterparts. Test (INR 15 Lakh), ODI (INR 6 Lakh), T20I (INR 3 Lakh). Salary equity was my commitment to our women cricketers and I thank Apex Council for their support. Jai Hind,” he added in another tweet.

Nykaa Shares Tank Another 7% To Hit Fresh All Time Low; What Should Investors Do?