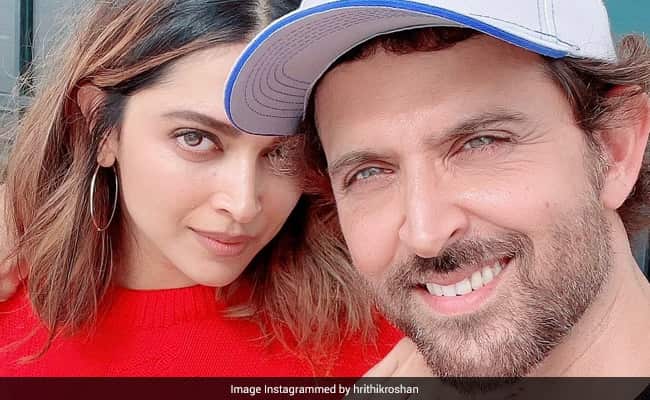 If you too were waiting for updates on Deepika Padukone, Hrithik Roshan and Anil Kapoor’s Fighter, then we have good news for you. The film has now got a release date. Fighter will hit the theaters on Republic Day – January 25 – 2024. Excited, isn’t it? The film, which will be “India’s first aerial action franchise”, will showcase the valor, sacrifice and patriotism of our armed forces. It is directed by Siddharth Anand and produced by Viacom 18 Studios, Marflix Pictures, Mamta Anand, Ramon Chibb and Anku Pandey. Sharing the new release date with her fans on social media, Deepika Padukone wrote, “Tighten your seat belt! Fighter, India’s first aerial action film, to release on January 25, 2024!” The poster featuring fighter jets in the air accompanying the announcement. Hrithik Roshan’s caption read, “January 25, 2024 – See you in cinemas! Fighter! .

Anil Kapoor also announced the release date in an unusual way. He wrote, “All systems go! Fighter has been cleared for take-off on January 25, 2024! Hang in your seats and don’t let go!”

Fighter is the first collaborative project of Deepika Padukone and Hrithik Roshan. It is the actress’s second film with Siddharth Anand after 2008’s Bachna Ae Haseeno. She has also signed Shah Rukh Khan starrer Pathan in the lead role with the filmmaker. Siddharth has previously worked with Hrithik in the 2019 film War and 2014’s Bang Bang.

Hrithik Roshan announced Fighter on his birthday last year. He shared a motion poster and wrote, “Given a glimpse of Marflix Vision as Fighter! Looking forward to my first flight with the extraordinary Deepika Padukone. Everyone is ready for this joyride of Siddharth Anand.”

Offering a glimpse of the MARFLIX vision #fighter, looking forward to my first flight with extraordinary @Deepika Padukone, Everyone is gearing up for this #siddharth anand joyride pic.twitter.com/gaqv53xbO9

Fighter was earlier scheduled to release this year. It was rescheduled for a Republic Day release next year, when it clashed with Ranbir Kapoor and Shraddha Kapoor’s untitled film, but the makers have now changed the date again.

Anil Kapoor had joined the cast of Fighter in December last year. Hrithik Roshan welcomed the veteran actor on his birthday with this tweet.

Happy birthday to the person who is younger every year in spirit and health, @AnilKapoor , Best wishes to you sir. From seeing your wonderful presence on the sets as an assistant to finally getting the opportunity to share the screen with you.. #fighterpic.twitter.com/V0a73ZIAj5

The fighter will be shot at locations around the world.