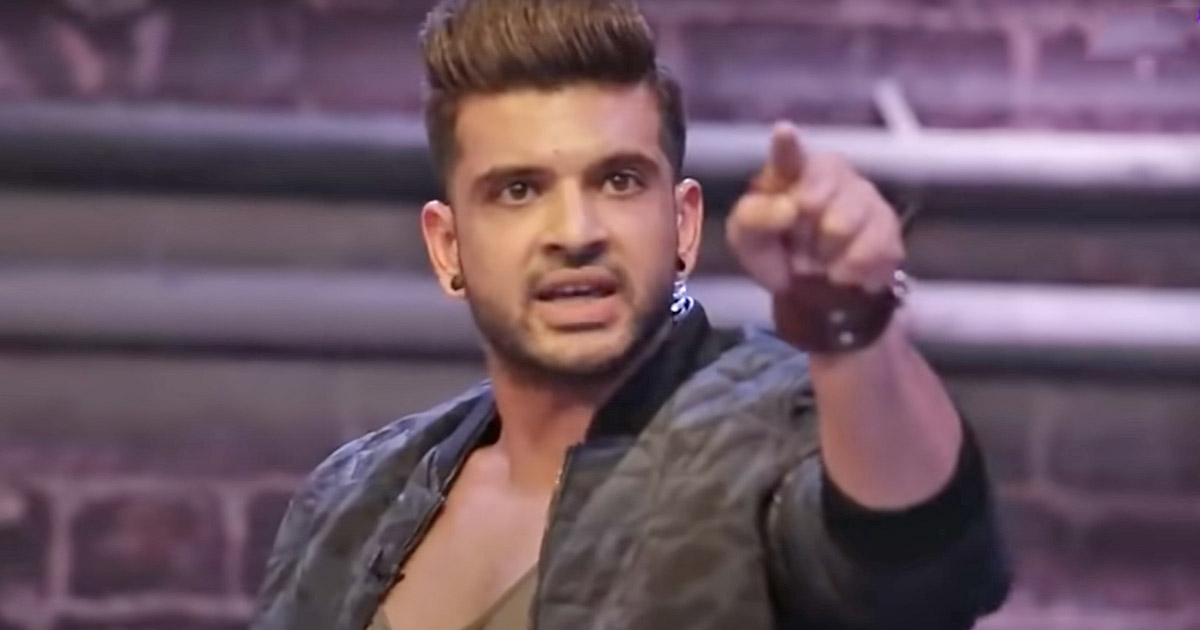 Karan Kundrra is a heartthrob who has millions of fans. Karan, who became a household name after playing the role of Arjun Punj in Kitani Mohabbat Hai and then appearing in more shows including Bigg Boss 15, also appeared as a ‘gang leader’ on MTV Roadies (12, 14, Rising). Worked. In this reality show, he slapped a contestant.

Where Roadies is known for being a gang leader when he takes nothing back to groom, encourage and inspire his teams, it was during an audition that a contestant was fired by all the leaders and Was slapped by Karan. To become a contestant in this longest running and most watched reality show, a person has to go through a round of group interview as well as personal interview where they are grilled. Read on to know why he got slapped and watch the video of the incident at the end.

In the last season of MTV Roadies, gang leaders Rannvijay Singh, Neha Dhupia, Harbhajan Singh, Prince Narula and Karan Kundrra reprimanded a contestant for calling it the most embarrassing moment in his life when his sister confronted her friend against her family. Got married and his wishes. When the contestant revealed that he slapped her for having a court marriage and not telling her about it, all the leaders – especially Karan – lost it. The contestant tried to defend himself by saying that he did so on impulse and got angry because of his sister’s lies.

On confirming to himself that the contestant did indeed hit his sister because he felt she was wrong (reading from the form), Karan Kundrra asked him if he should slap her as he thinks the contestant was wrong too. When the contestant said that if he felt that he was wrong then he could go ahead and do so, Karan hit him in the face and said, “Yeh jo tu samaj ki baat kar hai na, you are society’s biggest boy.” Be it.”

After tearing the sheet and throwing it in the face of the contestant, Karan Kundrra told him, “People like you should not be on this earth.” Continuing in Hindi, the Bigg Boss 15 finalist said, “If my sister wants to marry my best friend, I will trust my friend. Because I chose her to be my friend. If you make friends, then I think 100 times before making it. I will be happy in my sister’s happiness. It is spoiling the society, family name and everything, if it is a matter of shame then drown yourself. He He continued, “If your sister’s happiness is not your happiness and you are more concerned about your position in society – and slapping your sister because she has done something for her own happiness, only by marrying your friend. .. you are second class.”

Do you think Karan Kundrra’s behavior was justified? Let us know in the comments below.

Apple's holiday quarter may face inflationary pressures, but get the best iPhone boost