Abu Salem Threaten Shah Rukh Khan: The 1990s were a scary time for Bollywood. The growing threat of the underworld was on the film industry. The film’s people were on high alert after the shooting of Gulshan Kumar in 1997 and the attack on producer Rajiv Rai. This was the period when the biggest stars were getting threatening calls from the mafia and Shah Rukh Khan, the superstar of that time, was one of them. Anupama Chopra’s book, King of Bollywood: Shah Rukh Khan and the Seductive World of Indian Cinema, details this particular event.

Shahrukh was at the peak of his stardom in the 1990s. ‘Dilwale Dulhania Le Jayenge’ had changed his fortunes and he was now the man who was ruling Bollywood. During that phase, Rakesh Maria, who was then a senior police officer, called director Mahesh Bhatt with immediate concern. He had received news that Abu Salem was “going to kill Shahrukh Khan.”

Salem was the mastermind behind the shooting of Gulshan Kumar and was known to extort money from filmmakers. According to the information received by the police, Abu Salem was targeting Shahrukh as the actor had refused to do a film being made by Salem’s producer friend. At this point, Shah Rukh had never received any calls from the underworld. As soon as Mahesh came to know, he called the DDLJ star and took Rakesh to Maria’s office.

His wife Gauri Khan and their children were also advised to stay indoors due to the threats. During this, Shahrukh and Gauri were attending a cricketer’s wedding, when a fan took out a pen from his pocket to ask for Shahrukh’s autograph but the actor was so worried about his wife’s safety that he pushed him. Shahrukh was shooting for Yash Chopra’s ‘Dil To Pagal Hai’ at that time and one day he got a call from Abu Salem.

The book details their conversation as Salem asked the film star “Yes, what’s going on? (What’s going on?)” Shah Rukh replied, “Who is it?” Salem was not happy with this question and started abusing the actor. When Shahrukh asked the gangster, “What’s the problem, sir?” Salem said that he was not happy that Shah Rukh worked with a Muslim filmmaker. The gangster said that he hoped Shah Rukh would support those coming from the same community as him. At that time, Shah Rukh Khan was working with some Muslim filmmakers – Mansoor Khan, Abbas Mustan, Aziz Mirza They were – and they also mentioned this to Salem. Salem then said, “People said you are very proud but you are very decent. You don’t need police now. I will not kill you.” Even though the gangster had said that he would not kill Shahrukh. His security remained tight. Salem started calling Shahrukh again and again but now his phones were to get information about others. He often called Shahrukh Khan. Calling and saying that he knew all about their whereabouts. Shahrukh said, “He used to tell me that he can see me.” He added, “It was like being under a telescope. It was very depressing and very scary.”

Shahrukh said I was very scared

As per Rakesh Maria’s advice, Shahrukh should be humble, not take any information and also not give any information. This constant conversation was quite scary for Shahrukh. He said, “I’m not masculine enough to turn around and say I wasn’t afraid of any of them. I was so scared.” Calls from Salem never asked Shah Rukh Khan for money, but he often advised the star which films he should do. Shah Rukh politely declined his suggestions, saying, “I told him, I don’t you Tells who to shoot, so don’t tell me which film to do.”

After being with several security guards for several months, Shah Rukh Khan put an end to it. He said, “I got very upset. Our house was small, my son was small, and his socks smelled bad. It was just claustrophobic.” He hired a private security guard and bought himself a bulletproof car. He, in fact, joked, “No one is going to kill me. I am an international treasure now.” Shah Rukh said that through all this he somehow believed that he would not be shot, even though many people in the film industry were being targeted. He told Chopra, “I have to It was a strange false belief that I would not be shot.”

What is Beef’s connection with Alia-Ranbir’s protest in Mahakal? go here the whole matter

Major setback for Apple ahead of iPhone 14 launch; iPhone 12 banned 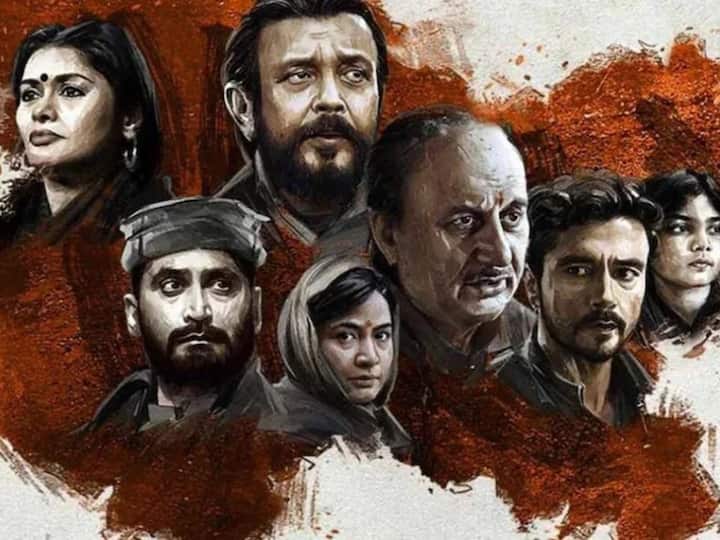 Featured Posts
Not only ‘The Kashmir Files’, these films and series also have to face opposition from the people
1 min ago

Captaincy or Passcode? A tough choice for the contestants of Colors’ Bigg Boss 16
13 mins ago