Now, her father has revealed it took him some time to come to terms with their decision to split. Joseph had first shared a post on Facebook with pictures from the couple’s wedding and wrote, “Long long ago, there was a story. And it doesn’t exist anymore!! So, let’s start a new story and a new chapter (sic).” After the post went viral, he took to the comments section and wrote, “Thanks for all your feelings. Yes, I sat down for a long time to overcome emotions. Life is too short to sit down with feelings & get bogged down (sic).”

Naga Chaitanya and Samantha Ruth Prabhu married in 2017 after dating for a few years. They had a grand wedding celebration in Goa. Samantha sparked separation rumours last year when she dropped Chaitanya’s family name from her Instagram handle and opted to go by her initial. After months of silence, Chaitanya and Samantha issued identical statements to announce their separation.

While speaking about the separation earlier this year, Chaitanya told Etimes earlier this year that the now-former couple has moved on. “Whatever both of us wanted to say, we both put out a statement regarding that. That’s what I have always done with my personal life anyway. Things that I feel are crucial to be shared and put out, I do inform the media about it, whether it’s good or bad. I come out, tell the people about it through a statement and that’s it. In our case, Samantha has moved on, I’ve moved on and I don’t feel the need to inform the world about it, more than that,” he said.

Meanwhile, Samantha on Koffee With Karan 7 said that she is yet to come to a point in life where she can share the same room as him peacefully.

Sara Ali Khan 'Takes Over the Locality' With Her Hair Stylist In This ROFL Clip, Watch 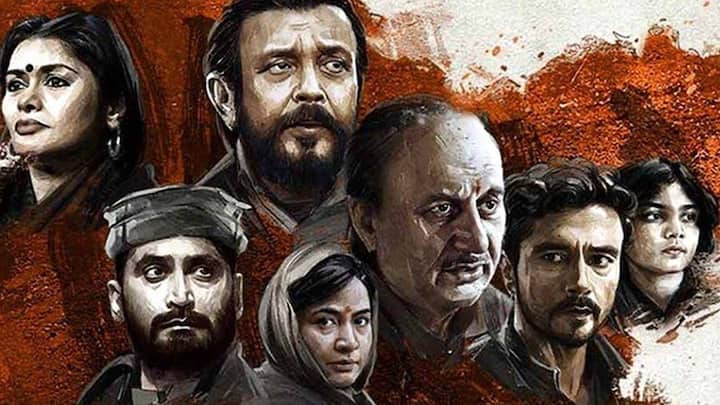 8 films like The Kashmir Files on which different allegations were made, from PK to Tandav. ENT LIVE
7 mins ago

Shaleen Bhanot is not interested in Tina Dutta, said- “I am madly in love with you, it is not like that at all”
14 mins ago