Ranbir Kapoor And Alia Bhatt Face Protest: Bollywood actor Ranbir Kapoor faced protests from Hindu organizations in Ujjain. The protest became so fierce that Ranbir Kapoor and Alia Bhatt, who had come to visit Mahakal, had to return without darshan. Not only this, Boycott has also started trending on social media regarding the film. But why is Ranbir Kapoor facing so many protests?

Like Aamir Khan, Ranbir Kapoor has also faced all this due to one of his old statements. Actually, in the year 2011, while promoting his film ‘Rockstar’, Ranbir Kapoor said that he likes to eat beef. He said, “My family is from Peshawar, so a lot of Peshawari food has come with them. I am a fan of Mutton, Paya and Beef. Yes, I am a big fan of beef.” Now an old video of the same interview has resurfaced ahead of the release of Brahmastra and Ranbir Kapoor is being called the ‘Beef Man’ of Peshawar by ‘Boycott Gang’.

Even if you are ashamed of being Hindu; atleast donot support cow slaughter and promote beef #RanbirKapoor !!
Enough reasons for us to #BoycottBrahmastra pic.twitter.com/0x8GgP5ieu

Fans got angry with this statement of Alia Bhatt

It is not that only Ranbir Kapoor is facing opposition on social media. Rather, a statement of Alia Bhatt given recently was not liked by the users and they are also boycotting them about it. Actually, a few days ago, Alia talked about the boycott trend in a promotional interview. During this, Alia had said that if someone does not like her, then do not watch her films.

Was told about going to Ujjain by sharing the video

Before leaving for Ujjain, Alia had also shared a video on her social media account announcing her trip with her husband and director Ayan Mukerji. During this, the trio also announced about another preview screening. The first preview screening sold out quickly so the makers decided to go for the second one just after the first one ended.

Alia Bhatt and Ranbir Kapoor reached the famous Mahakaleshwar temple in Ujjain for the evening aarti but they could not visit. Due to security reasons, both refrained from attending it. Despite the situation being brought under control with the intervention of the local police, it was only director Ayan Mukerji who attended the Sandhya Arti. Ayan shared a picture of himself seeking blessings and wrote, “3 days away… Feeling so happy and excited to visit Mahakaleshwar temple today… Received the most beautiful darshan… Wanted this journey to kick off the filmmaking journey of Brahmastra, and to get all the positive energy and blessings for our release “#Brahmastra”.

Protest against the film started on social media

Brahmastra Box Office Prediction: Will Brahmastra be able to break Sanju’s record, can earn so much on the first day

Brahmastra: Good news for fans, can watch ‘Brahmastra’ with Alia-Ranbir a day before release, know details 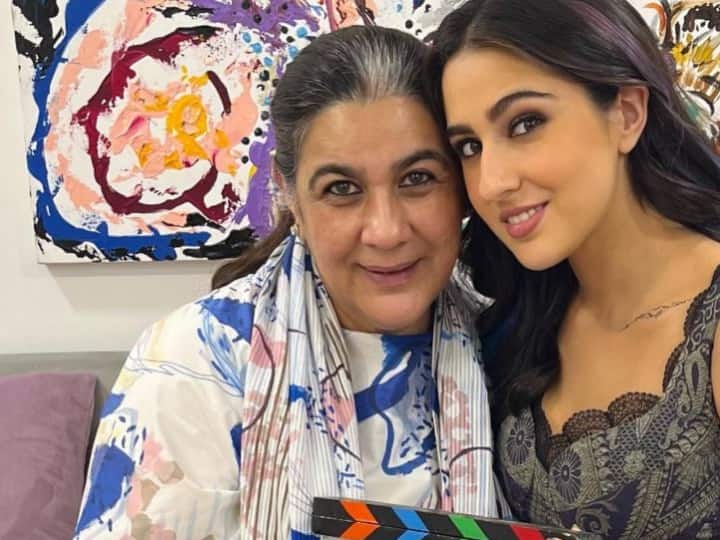 Featured Posts
Yami Gautam Gets ‘Love, Luck, Hugs and Kisses’ From Husband Aditya Dhar On Her Birthday
45 seconds ago

Amrita Singh was not happy with daughter Sara’s bonding with Kareena Kapoor? Gave this shocking answer
2 mins ago

Do You Know Shefali Shah Used To Write Love Letter To Aamir Khan?
9 mins ago

Ruturaj Gaikwad Creates History, Hits 7 Sixes In An Over In Vijay Hazare Trophy vs UP
11 mins ago