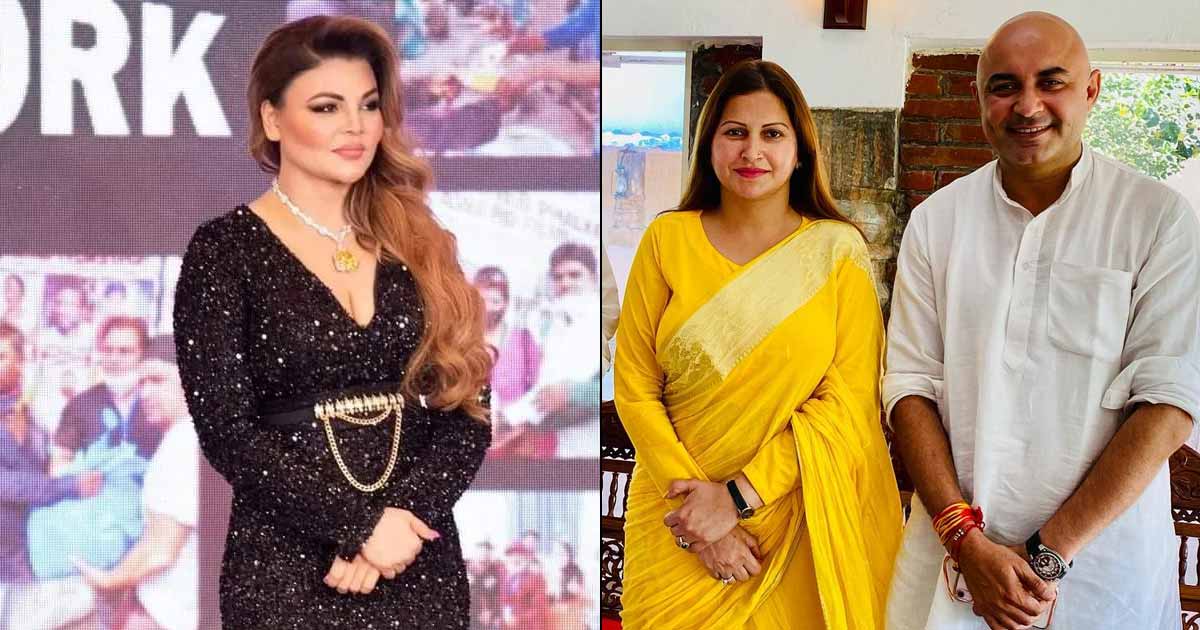 BJP leader and former Bigg Boss contestant Sonali Phogat passed away. Ever since the news of his death has surfaced on the internet, many speculations are being made about his death. It was initially reported that the social media sensation had suffered a heart attack but was later drugged. Meanwhile, Rakhi Sawant, who claims to be her close friend, said in a recent interview that Sonali had earlier admitted that she likes her PA Sudhir Sangwan, who is the main culprit behind Phogat’s death. is also.

The night before she died, Sonali had called her family and claimed that something had been mixed in her food which made her feel uneasy. According to reports, Sudhir along with his close aide Sukhwinder Singh confessed to the police that they had actually mixed something in his drink. Both have already been arrested.

Coming back to the topic, Rakhi Sawant never misses a chance to show her support regarding any matter or controversy. Now, while interacting with the media, the drama queen says that when she was in Bigg Boss house with Sonali Phogat, she says that the politician told her that she is in love with her PA Sudhir Sangwan. However, she further claims that she has met him a few times and she already knew that Sangwan was not the right person for Phogat.

Talking to the media, Rakhi Sawant said, ‘See, when I came to know, I felt murder from day 1. Sonali ji has been murdered. I have had a great time in Bigg Boss. His life was his daughter, and the one who was his drinker, Taklu (Sudhir Sangwan), she used to tell us that she loved him and that drink and friend too, now she is not there, so it doesn’t feel good to tell Marco, it’s very wrong. He didn’t even have a heart attack. CBI and police should see what is the spice now.

“I watched the video; His clothes were also taken off. I was very surprised, but I was in Dubai. She loved her daughter like anything, I was in shock with depression. How much she loved her party, I want to request BJP that those who are her killers, those who are her killers should be punished severely. That spindle (Sudhir Sangwan) gave birth to his daughter. I was suspicious of him from day 1, I have met him 10 times. When I used to look at him, I used to get very angry at that spindle. I used to ask Sonali Phogat who she is, she didn’t tell her anything, she is my PA and we like each other. I used to think that he was criminal by his appearance, and today look it turned out to be true. I am feeling very sad. Rakhi said, ‘I want that poor woman and our daughter to get justice.’

As per the recent reports, a CCTV footage was recently shared in which his PA Sudhir Sangwan was seen forcing Sonali Phogat to drink something along with drugs. Later, Sudhir, along with Sukhwinder Singh, can be seen taking the unconscious Sonali to the bathroom at around 4:30 in the morning and the three of them stayed inside for almost 2 hours.

Must Read: Ankita Lokhande looks radiant as she channeles her inner diva in a gorgeous white lace saree and our hearts are screaming, “Dhak dhak karne laga…”

'I Have Had a Very Extreme Journey'

Diljit Dosanjh And Family Are Caught In The Horrors Of 1984