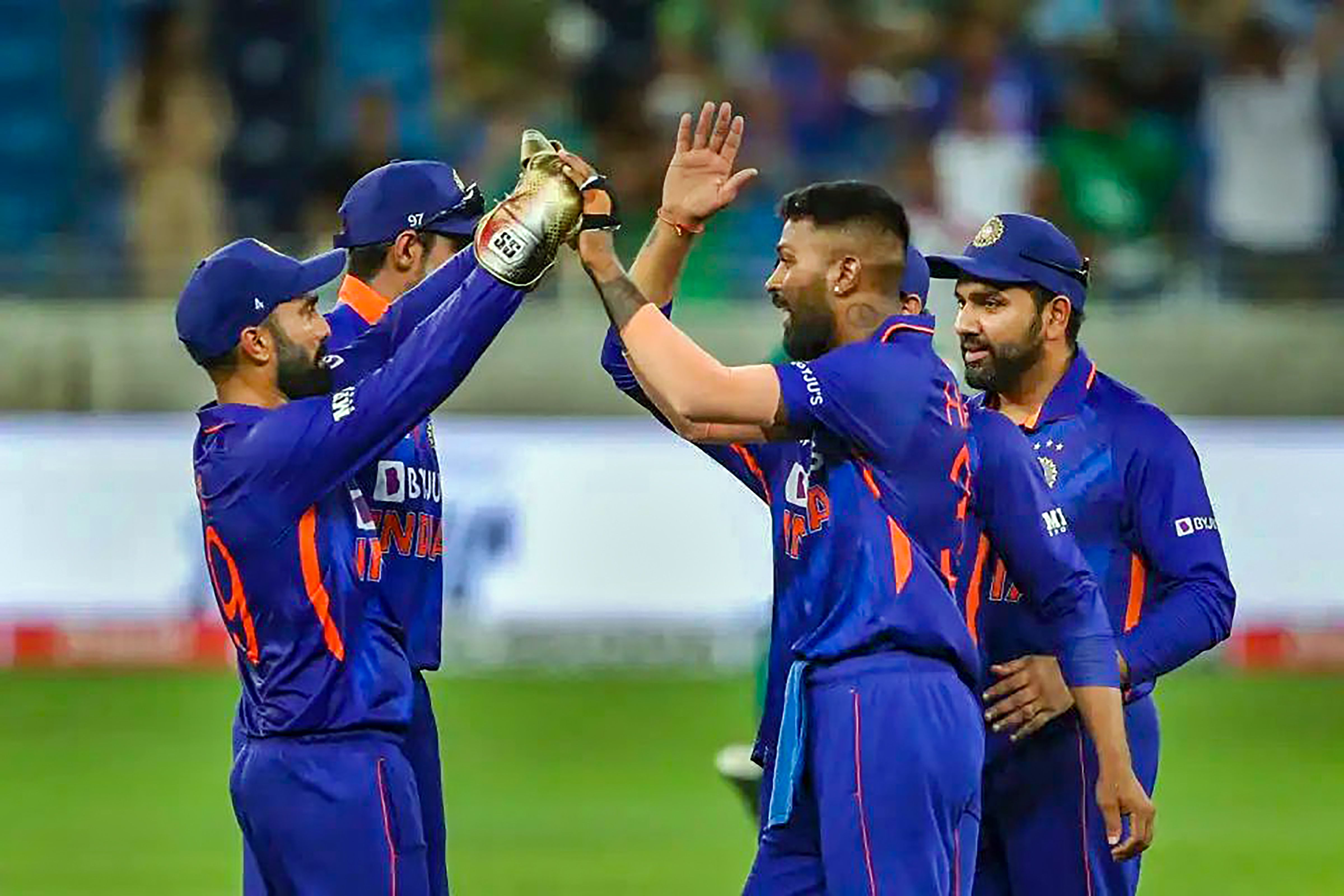 India would be happy at the end of the day. Their opening Asia Cup 2022 contest against Pakistan was looking as good as it could get till about the 18th over of the first innings and then it came down to the last few overs in the second where Hardik Pandya made a telling difference after the wheels were threatening to come off. The bowling plan set by India was working almost to a T till the end of the Pakistan inning when the largesse in the 19th and 20th overs gave Pakistan 19 more runs, which also changed their bowling mindset and enabled them to push India into a corner.Also Read – Ayushmann Khurrana – Ananya Panday Celebrate India’s Win Over Pakistan, Recreate Team India’s ‘Kala Chashma’ Dance – Watch

At 128/9 after 18.3 overs, Pakistan were not in the game. But those last nine deliveries by Bhuvneshwar Kumar and Arshdeep Singh were nowhere near the original game plan and those runs to No. 11 Shahnawaz Dahani could really have cost them the game. Also Read – India vs Pakistan: Hardik Pandya In a Zone, But India Need Some Answers For The Future

India’s original plan, to use the bouncer against the Pakistan top-order, worked like a charm with Bhuvneshwar, Arshdeep, Pandya and Avesh Khan all benefitting. The Pakistani batters, Babar Azam and Mohammad Rizwan included, were taken totally by surprise with this length from the relatively slower Indian seamers and had no answers. Also Read – Asia Cup 2022: Would Have Fancied My Chances Even If 15 Were Needed Off Final Over, Says Hardik Pandya

They played uppish shots to the bouncers aimed at their leading shoulder and most of them failed. Even the middle-order had no clue about how to deal with this and India looked like a million dollars, till the last nine balls.

Those deliveries also made a massive difference to the Pakistan bowling effort. 128 and 147 are two different beasts and debutant Naseem Shah really had India on the rack as KL Rahul was sent packing and Virat Kohli dropped.

Thankfully, the rest of the fast bowlers were not half as effective, enabling Rohit Sharma and Kohli to stay together for a while before they made the innocuous left-arm spin of Mohammad Nawaz look deadly, as he got both the batters of consecutive deliveries.

But Ravindra Jadeja, sent up the order, and Pandya managed to put on 52 crucial runs with the latter getting on the accelerator when needed urgently.

Jadeja created a little situation by giving Nawaz another wicket, but Pandya was not to be denied.

Now this game is history. What India now need is another plan. They cannot possibly expect Pakistan to fall for the bouncer ploy again, so something else needs to be thought up.

Pandya will be a definite asset and the rest of the medium-pacers accounted for themselves well, by and large. But Yuzvendra Chahal was not in his elements and his fielding lapses didn’t help.

Interesting to now see what other tactics Rahul Dravid has stored for the Pakistan side, and the others, in the rest of the tournament. This one is in the bag. Time to look ahead.

Reliance AGM, Auto Sales, GDP data, and Other Factors to Watch Out For