Kareena Kapoor Khan is back on the big screen with her much-awaited movie Laal Singh Chaddha which also stars Aamir Khan in the lead.

Kareena Kapoor Khan is an evergreen diva and is undoubtedly paps’ favourite too. Each time she steps out, her beauty and style catch everyone’s attention. On Wednesday too, Bebo was snapped in the city in her super gorgeous avatar. Kareena wore a sea-green salwar suit and accessorised her look with silver jhumkas. While she kept her make-up minimal, she also added a small bindi on her forehead. What further added swag to Kareena’s look was her black goggles.

After a paparazzo account shared the same pictures of Kareena Kapoor Khan on social media, several fans reacted to it and praised their favourite actress. One of the fans wrote, “Forever crush”. Another social media user commented, “Beautiful dress & ofcourse beautiful Kareena”. 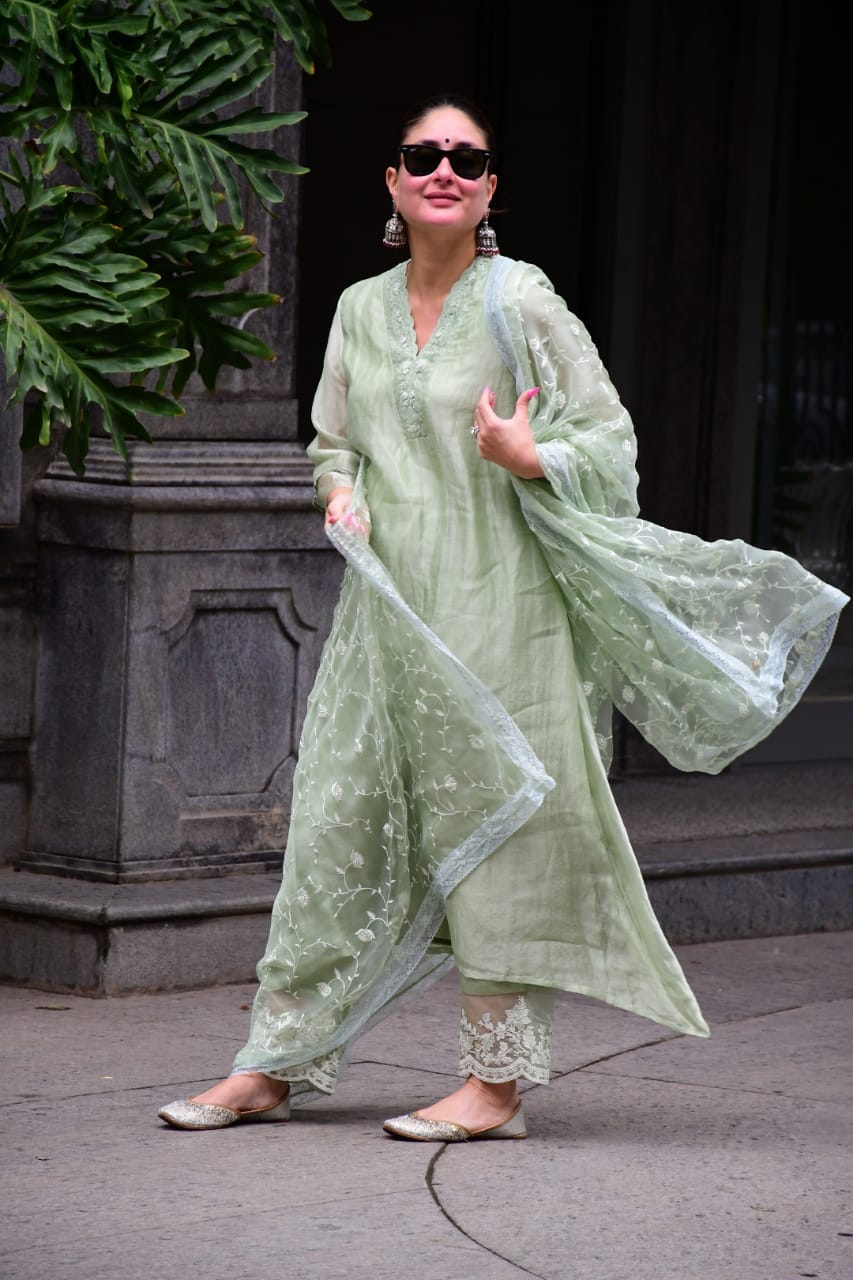 Each time the actress is snapped by the paparazzi, she wins everyone’s heart with her beauty. (Photo: Viral Bhayani) 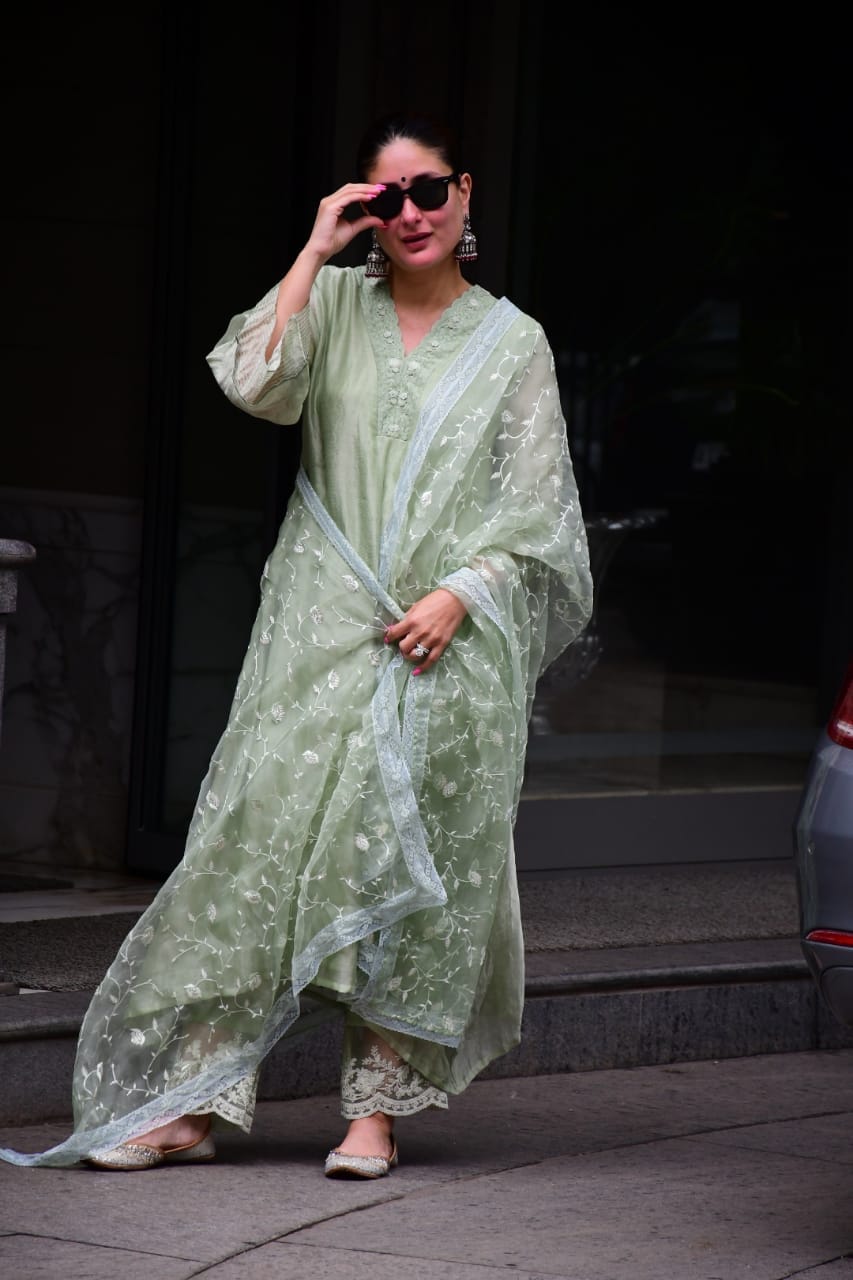 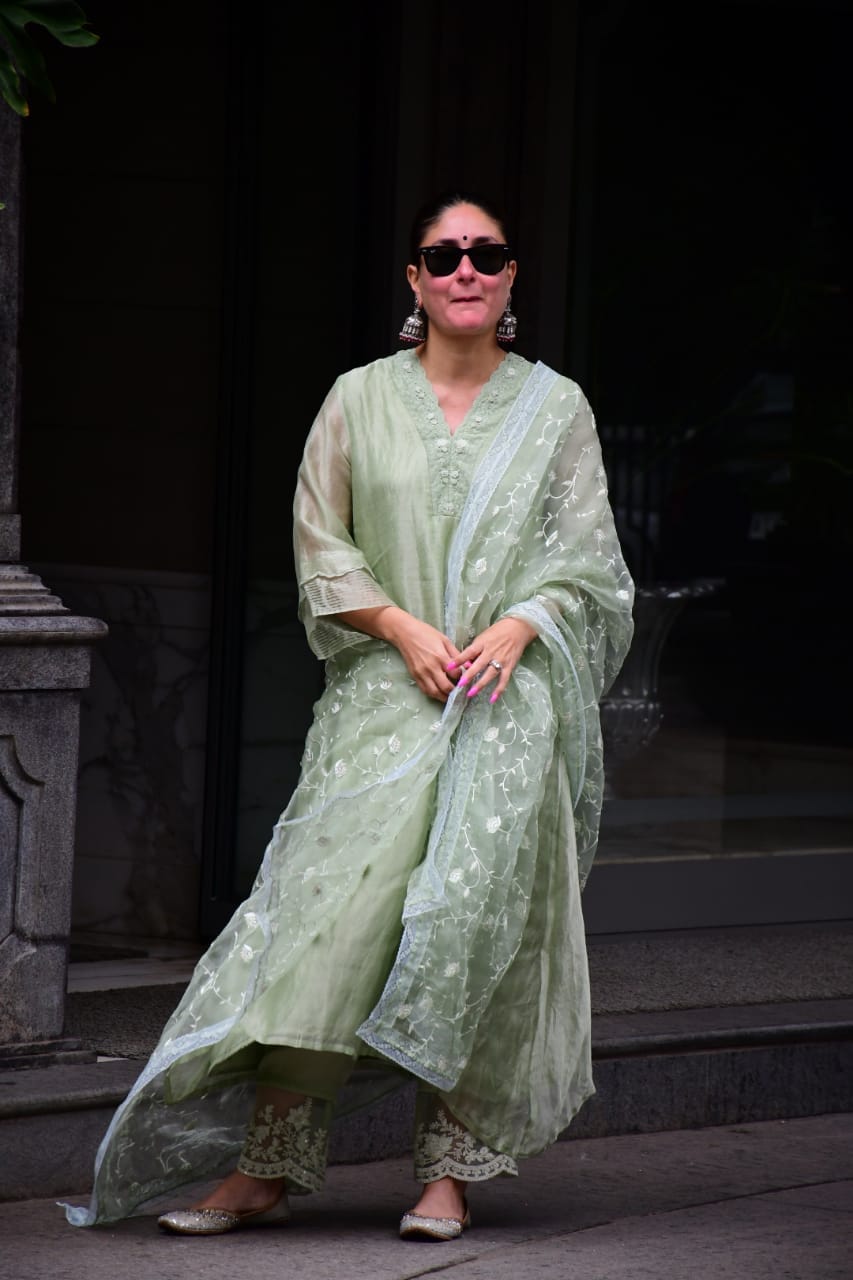 Meanwhile, Kareena Kapoor Khan is back on the big screen with her much-awaited movie Laal Singh Chaddha which was released on Thursday i.e on August 11. Besides Kareena, the film also stars Aamir Khan and Mona Singh in key roles. It is also the Bollywood debut of South superstar Naga Chaitanya. Laal Singh Chaddha is a Hindi remake of Tom Hanks’ acclaimed 1994 film Forrest Gump.

News18 Showsha’s review of the movie reads, “Laal Singh Chaddha is all about loving and also the longing for being loved. Its message of forgiveness and compassion can’t be better understood than in these fractured, times where narratives are being built on hatred rather than building a world of peace, harmony and togetherness.”