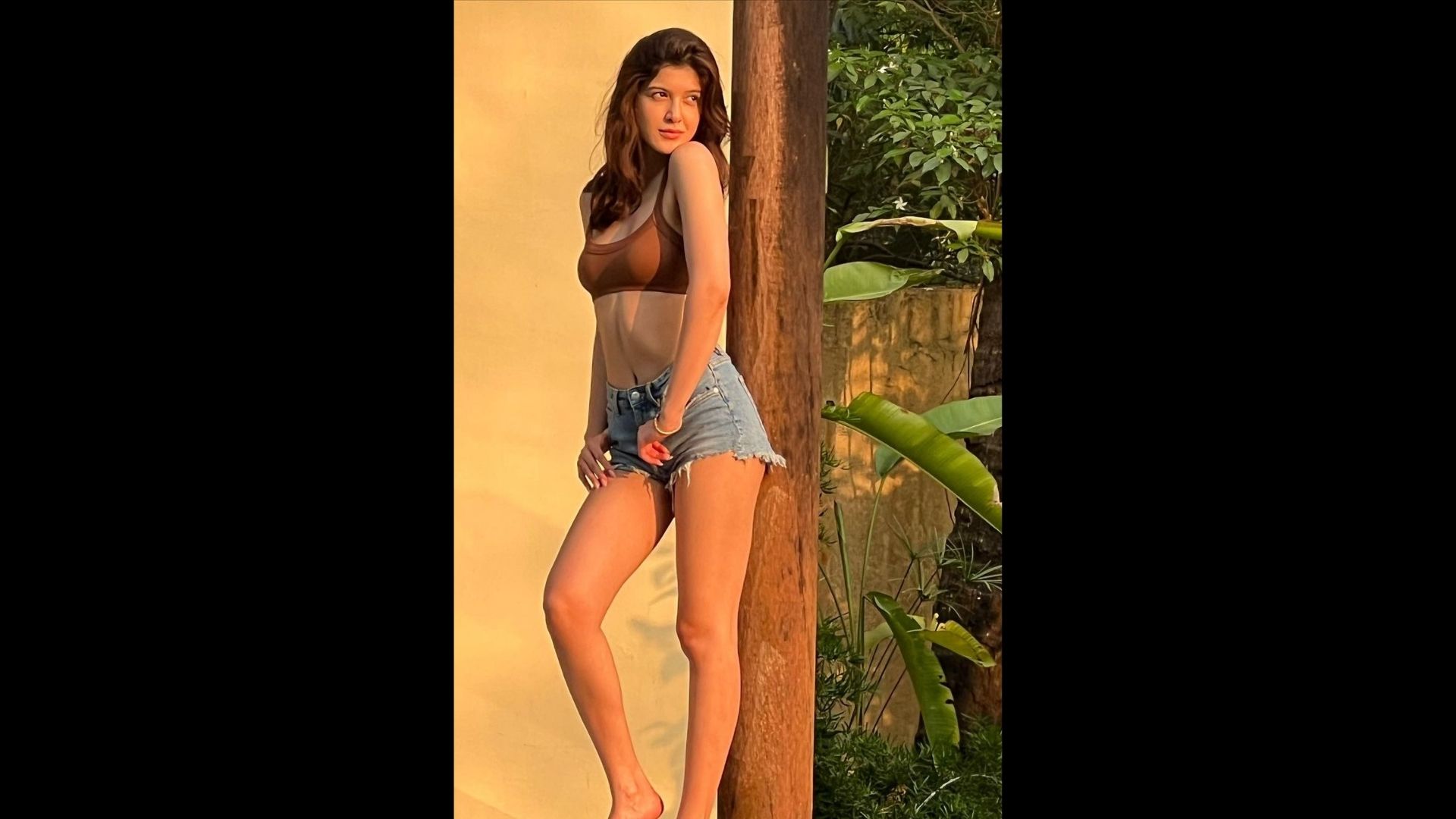 Shanaya Kapoor is Maheep Kapoor’s cutest kid who rules the internet with her hot and sizzling pictures. Her social media game is so strong you can go gush at her. Her photos and videos on social media are always doing the rounds on the internet and so are her recent photos sure to make you go see her.

The star kid took to her social media account to share a series of photos of her looking so gorgeous. Shanaya Kapoor shared the photos on her Instagram account and asked if we could bring the sun back, please? She also added that it is quite cold outside. In the photos, Shanaya Kapoor can be seen wearing a brown colored sports bralette. The star child combined it with fashionable jeans.

Shanaya Kapoor left her gorgeous hair open for the photos and looked so mesmerizing in her OOTD. She kept the accessories minimal by wearing only a bracelet on her wrist. Apparently, the star child opted for a makeup-free look for the series of photos. In the photos, she can be seen immersing herself in the bright sun. In the first photo Shanaya Kapoor shares, she’s standing by a pole with a scenic location behind her.

(Also Read: Shanaya Kapoor never fails to treat fans with her charm and allure; her photos will keep you hooked – check out the photos)

In the next photo she can be seen showing off her body which was perfectly toned and had sexy curves. The next photo shows the star child looking at the sun with love in her eyes as she wants the sun to regain its position in the sky. The last one she posed with one hand on her head and let go of the other. However, Shanaya Kapoor shone in the sun and had fans gushing over her and showering her with lots of love for her and her recent photos on social media.

Here are the top 4 actresses from B-Town who stole our hearts with their amazing...