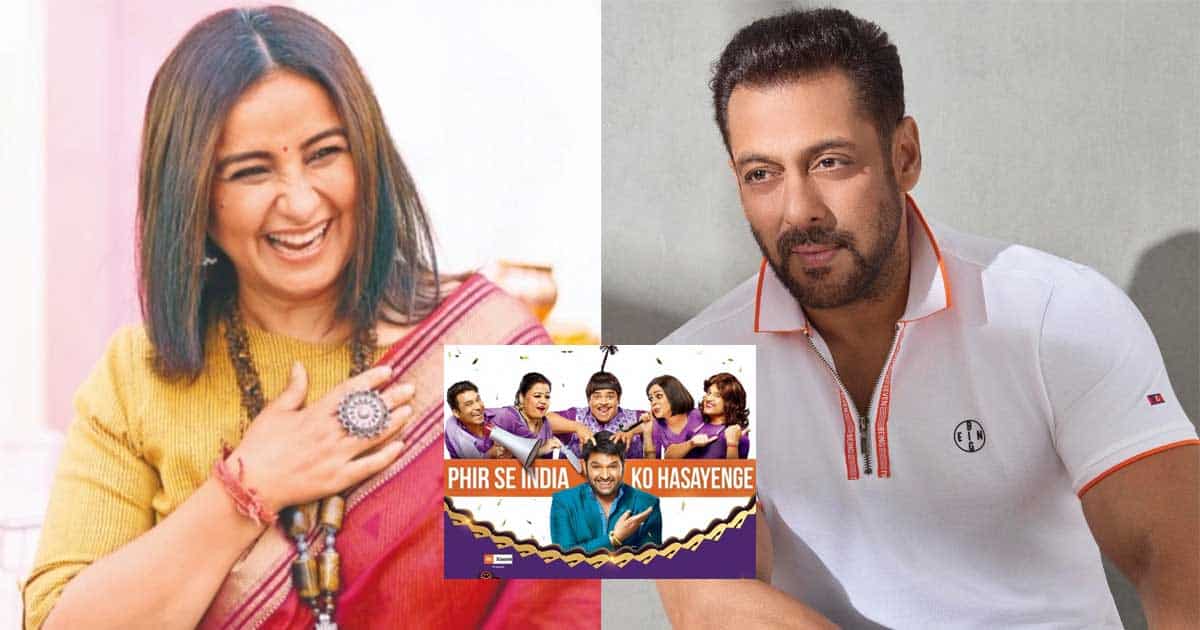 Actress Divya Dutta on ‘The Kapil Sharma Show’ talks about her book ‘The Stars in My Sky’ and her crush on Bollywood superstar Salman Khan.

In the special episode of Lohri, Divya appears in the show along with famous singers Jaspinder Narula and Jasbir Jassi.

Divya Dutta shared: “Honestly, I am very fortunate and blessed as I have got the opportunity to work with notable names in the entertainment industry. With my book ‘The Stars in My Sky’, many actors, directors and seniors Mentioned with whom I wanted to click pictures but finally got the privilege of working with him and today, I share the wonderful relationship with him.

During a conversation with Divya Dutta, host Kapil Sharma told her that he recently found a picture of her and her brother, when she was quite young with Bollywood superstar Salman Khan. He asks Divya if she is still interested in clicking pictures with celebs even after being an established actress. To this Divya replies: “With you Kapil Sharma”.

Divya Dutta reveals: “I had a huge crush on Salman Khan and ‘Maine Pyaar Kiya’ had just released and my uncle was a director. I requested him to take a picture with Salman Khan and that time Around, I too had a strong inclination towards becoming an actor. After many years I shot a film with Salman Khan.

Must Read: Divyendu: “It’s Heavy When People Address Me By The Name Of My Character”

Priyanka Chopra extends her condolences on the passing of Sindhutai Sapkal

‘Rahul More as a Coach and MS as a Mentor”, MSK Prasad Wants Rahul Dravid...