New Delhi: The popularity of the fifteenth edition of the Indian Premier League (IPL) will grow with the addition of two new teams which are expected to add to the popularity of the competition. But before that happens, franchises have an important task of retaining the list of players they want to keep.Also Read – IPL 2022 Retention LIVE Updates: Virat Kohli, Glenn Maxwell Set to be Retained; Dilemma Over KS Bharat Continues

Selecting a handful of cricket players from a large pool is not an easy task. Before the mega auction, there are few players from the international arena that can fetch a fortune for themselves at the mega auction. The following players have been an integral part of the squad for a reasonable period of time. Also Read – IPL 2022 Auction Would be The Last Mega Auction: Report

Shreyas Iyer: Iyer may find himself at the auction with a decent amount next to his name card. It is noteworthy that the 26-year-old has become a regular member of the limited-overs squad of the Indian team too. He also has the experience of leading Delhi in the past. This is precisely why different franchises are leaving no stone unturned to get a player of that caliber. Also Read – IPL 2022 Retention LIVE Streaming: Where And Where to Watch Retention LIVE

Suresh Raina: Raina is famous for being called Mr. The IPL is his consistent level of competition in the top ten programs. He was always in the middle of the run every season on the CSK side and played a big role in CSK’s success. He did not play in the past IPL and the Chennai Super Kings for the first time did not escape the play-offs.

Hardik Pandya: Pandya’s fitness has been a major problem in the past that has prevented him from bowling in international matches and in the IPL. Unlike 2017, it is unlikely that he will be a certain in the retention list of Mumbai Indians and if he enters the auction, he will be on the list of many other teams who might break the bank for him

David Warner: IPL 2020-21 was probably one of the worst times for Warner’s career. Warner had a season to forget, as he dismissed from captaincy and was removed from the Hyderabad team as well. But, you can’t keep a great player out for long. Warner was adjudged as “Player of the tournament” in the recently concluded T20 world cup. Warner, with his outstanding performance, can be picked at the mega auction at a high price. 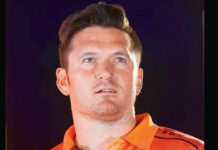 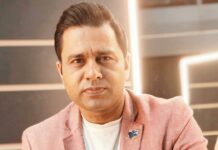 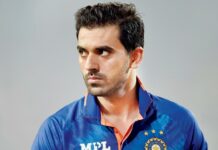 Continuation of The Young Man

Getting A Chance To Work With Sunny Leone In A Music Video, Will Have To...

RRR Star Cast On Kapil Sharma Show, Where Kapil Asks Rajamouli About The Title Of...

5 Times the Actor Impressed the Audience With His Performance