Shilpa Shetty Instagram: After the holy festival of Deepawali, today on Saturday, Bhai Dooj is celebrated across the country. Our Bollywood stars are also not behind in celebrating this special festival. Yes, on this special occasion of Bhai Dooj, actress Shilpa Shetty has shared a very cute video on her Instagram account. In this video, both the children of Shilpa Shetty can be seen having fun on the occasion of Bhai Dooj. The special thing is that in the video, both Shilpa’s children, son Viaan and daughter Samisha are wearing the same red dress. In the beginning of the video, both the siblings are seen playing with each other.

In the caption accompanying this video, Shilpa Shetty writes, ‘This brother-sister bonding cannot be explained but it always amazes me! Happy Bhai Dooj to all of you from Samisha and her paternal uncle Viaan-Raj!’. In this very cute video shared by Shilpa, you can see that the actress’ daughter Samisha tries to speak ‘Bhai Dooj’ but is unable to speak. However, Shilpa laughs after hearing what Samisha says in broken Hindi. Let us tell you that this video is becoming quite viral since it was shared on social media. 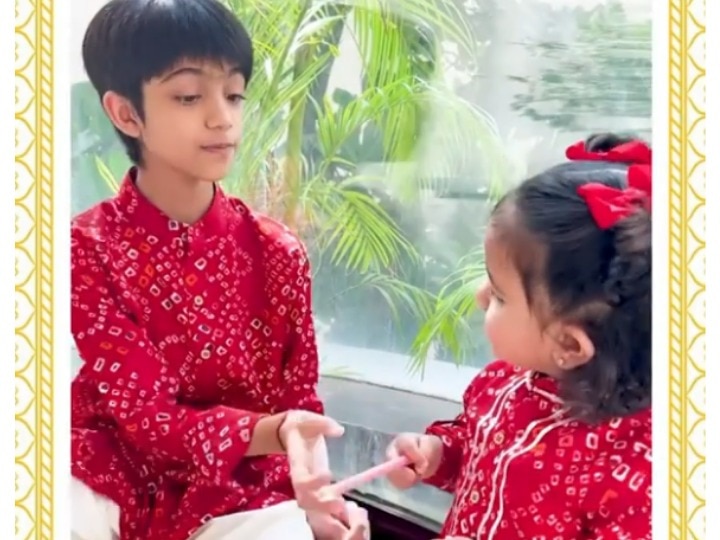 Salman Khan reprimanded him fiercely in Bigg Boss 15, then Shilpa Shetty came to the rescue of Shamita Shetty, know what she said?

‘If Not for You, I’d Not Have Been Half the Man I’m Today’