Redmi Note 11 series will go uncapped next week. Ahead of its global debut, the price, specifications of the Remi Note 11, Redmi Note 11 Pro and Redmi Note 11 Pro+ have been leaked online. According to a Chinese tipster, the price of the new Redmi series could start from CNY 1,199 (roughly Rs. 14,000). All three models will likely offer 120Hz panels and a 5,000mAh battery. Also read- Are Chinese brands harassing the Indian government?

As per the teaser shared by Xiaomi, the new Redmi Note 11 series will feature an iPhone 13-esque design and JBL speakers. Fresh leaks on the line now indicate the new lineup to ship with the MediaTek mobile platform. Also Read – Best gaming phones under Rs 35,000 to buy in India in October 2021 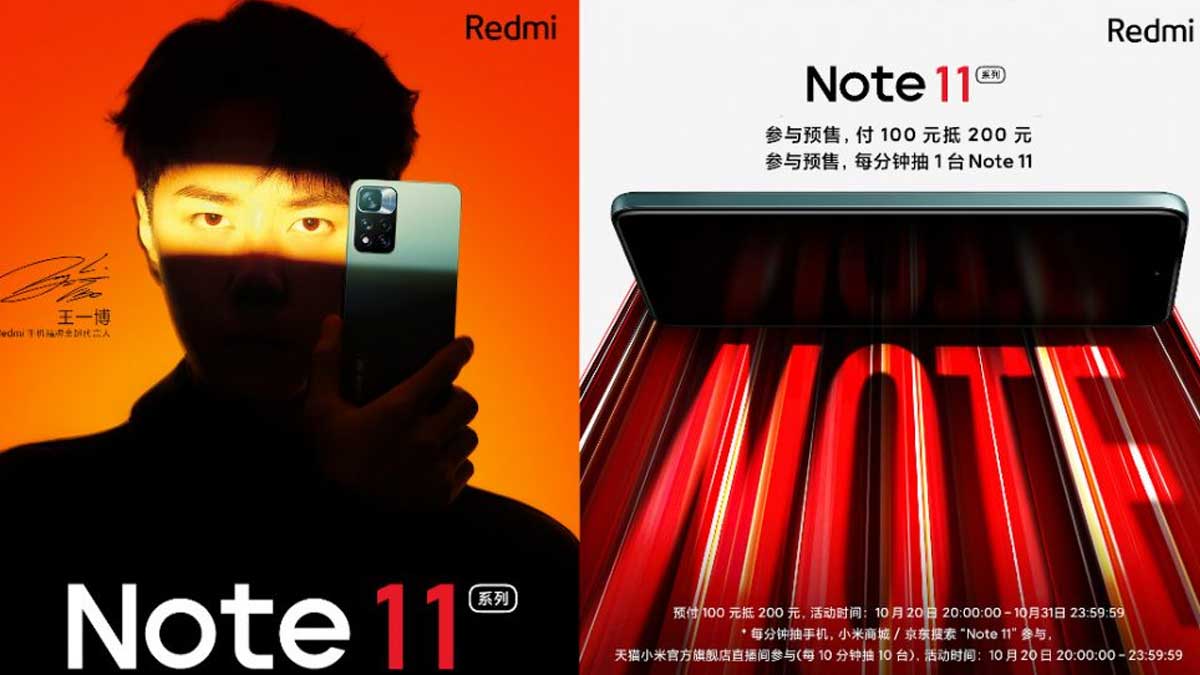 Redmi Note 11, the base model in the new series, is offered with a 6.5-inch FHD+ LCD with 120Hz refresh rate and Corning Gorilla Glass Victus protection. It may ship with MediaTek Dimensity 810 SoC. For photography, the phone could offer a dual-camera setup that includes a 50-megapixel Samsung JN1 primary sensor and a 2-megapixel depth sensor. It is said to have a 16-megapixel selfie shooter. As for the rest of the specs, the phone is said to have Wi-Fi support, IR, Bluetooth, GPS/ A-GPS, 3.5mm audio jack, and a USB-C port. It could pack a 5,000mAh battery with 33W fast charge support.

Meanwhile, the Redmi Note 11 Pro sports a flat 120Hz AMOLED display, an octa-core MediaTek Dimensity 920 SoC, a triple camera setup consisting of a 108-megapixel Samsung HM2 primary sensor, assisted by an 8-megapixel Sony IMX355 ultra-wide sensor. are supposed to. shooter and a 2-megapixel depth sensor. The device can have 2.5D curved glass protection on the back.

On the other hand, the Redmi Note 11 Pro+ is rumored to have a 120Hz flexible AMOLED display, octa-core MediaTek Dimensity 1200 AI SoC, triple rear camera setup with 108-megapixel primary Samsung HM2 sensor, 8-megapixel Sony camera, and an 8-megapixel sensor. IMX355 ultra-wide shooter and 2-megapixel depth sensor. Both the Note 11 and Note 11 Pro are likely to get the same front-facing camera setup as the regular model.

Both the models are likely to have the same battery backup, though the Pro is tipped to get 67W fast charge support, while the latter has a 120W fast charging solution. With the specs leaked in full, it remains to be seen whether Xiaomi brings the new Redmi series at such an affordable price. The global debut of the Redmi Note 11 series is to be held on October 28. The company will also showcase its new smartwatch Redmi Watch 2 at the event.