The squid game has managed to garner a huge following in a short span of time. In view of this, Garena has launched a new red light, green light game mode for its popular mobile game, Free Fire. The new Red Light, Green Light modes have the same elements seen in the first episode of Netflix’s Squid game. Also read- Google doubles production of Pixel 6 series, orders over 5 million units of Pixel 5A: Report

In Free Fire’s Red Light, Green Light mode, 50 players wearing the same outfit must run the same course as in the Squid game TV show. The game mode, just like in the show, consists of a giant scary doll, requiring players to reach the finish line without being seen by the doll. Also Read – Free Fire Active Codes Today: How To Win Skeleton Wizard Mask Loot Crate, Poison Set For Free

The doll will sing a melody and spin every few seconds. If the doll catches a player moving, they will be struck by lightning, causing their immediate death. The first player to reach the finishing line without getting caught will be declared the winner. Also Read – Free Fire Rewards, Redeem Code Today: How To Win Venom Vs Carnage Crate, Mag-7 Executioner For Free

The Red Light, Green Light mode is currently live for the Android version of Free Fire and will be made available for the iOS version with a new update that will roll out on October 20.

To run the new red light, green light modes, Android users will need to update Free Fire to the latest version from the Play Store. The download size for the update is 202MB.

Follow the given steps to run the new red light, green light mode: 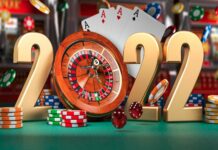 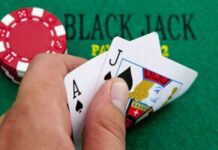 Anushka Sharma Ensures That Her Team Doesn’t Change The ‘Pack Up’ Mood In The Sweetest...

When will the fans get to see the first glimpse of Nusrat Jahan’s child, the...

T20 World Cup – The heroes in the desert!