Shahid Kapoor-Mira Kapoor in Maldives: Actor Shahid Kapoor is on vacation with his family. Shahid and Mira Kapoor are in Maldives with their two children Misha and Zain. According to the news, the actor has reached here with his family only on Tuesday. However, as soon as they reach Maldives, Shahid and Mira have started sharing pictures related to their trip on social media. Let us tell you that Mira Kapoor has uploaded a bikini photo of her from Maldives on social media. The special thing about this photo is that only the reflection of Meera is visible in it.

It is clear from this picture of Meera that the actress is wearing a dark colored bikini during this time. At the same time, a swimming pool is visible in the background of this picture of Meera. Let us tell you that not only Mira but Shahid Kapoor has also appeared in a very hot shirtless avatar during Maldives vacation. The actor has shared a shirtless picture of himself on social media, in which he can be seen wearing great sunglasses. More than 9 lakh people have liked this picture shared by Shahid Kapoor on Instagram. 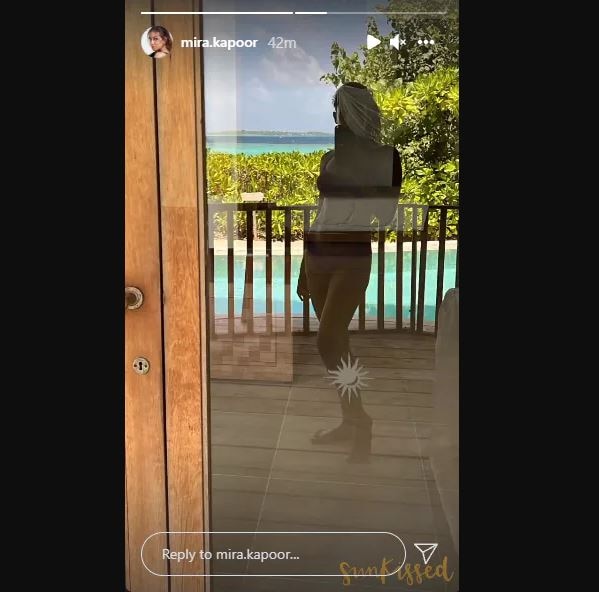 If we talk about Shahid Kapoor’s career front, then the last released film of the actor was ‘Kabir Singh’. The film was released in the year 2019 and Shahid played the role of a surgeon. This film is called the biggest hit film of Shahid’s career so far. At the same time, the actor’s upcoming films include ‘Jersey’ which is a remake of a Telugu film. Shahid is going to be seen in the role of a cricketer in the film Jersey.

Shahid-Mira Spotted: Shahid and Mira were spotted at the airport with both the kids, Zain Kapoor has grown so much, fans were surprised

Mira Rajput shared a glimpse of son Zain on social media after a long time, know the cute conversation she had with Zain about Shahid

From Karan Johar to Sunny Leone, these Bollywood celebs have a double dose of happiness,...