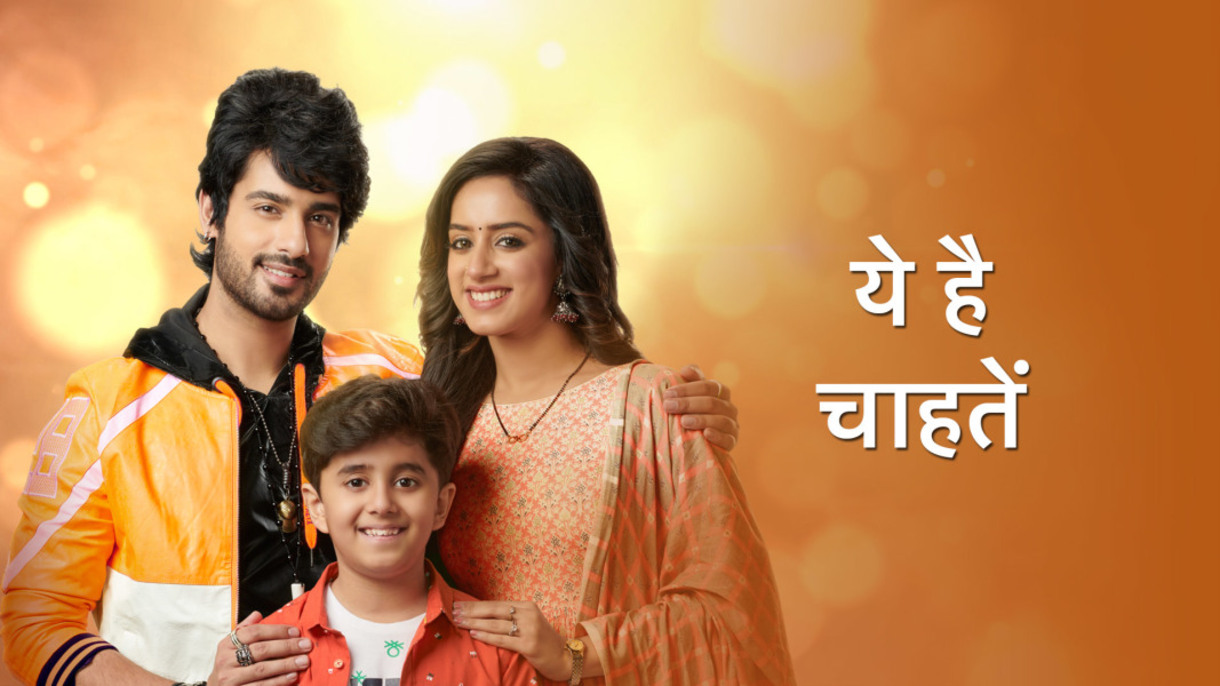 Rudra is taking care of Sharda in her hospital room. Preesha brings food for him. He refuses to take it. She enjoys taking some bites. He asks how can she be bothered by the condition of the mother. Preesha jokes and then says that she needs to be strong to take care of the mother. She agrees, and she feeds him. Sharda’s condition is deteriorating. The nurse sends them away and calls the doctor who gives her defibrillator shocks. Chachaji goes to them and asks what happened. Preesha says mother’s condition is very serious. Chachaji calls up Armaan and tells him that Sharda’s condition is very critical and she cannot survive. Armaan gets upset and tells Sania that if Sharda dies, they will be implicated in a murder case. Anvi hears about Sharda and urges her to take her to Prisma and tell her everything. They both try to convince her, but she does not agree and runs out of the house to meet Preesha. He runs after her fearing that his truth will be out.

The doctor treats Sharda and tells Rudra that her condition is stable now. Rudra rests. Preesha says mother is so god that nothing will happen to her. Rudra says that he will not spare the person because of which mother is in this condition. Anvi enters and says that Dadi’s condition is because of her and starts crying. Preesha asks why would she hurt her Dadi. Anvi says it is a mistake as she wanted Saransh to suffer as Preesha is biased towards Saransh and does not love him anymore. Preesha and Rudra are shocked. Anvi further says that she wanted to send Saransh away from Preesha so that Preesha would fall in love with him, but she did not want to harm Dadi. Armaan enters and says that he too was shocked to hear this and as soon as he came to know, he brought Anvi here; He won’t defend her mistake and takes her to the police station, lets her go to the juvenile center and realizes her mistake. Preesha says Anvi is a child. Armaan says he will take her to the police station now. Rudra stops her. Preesha says Anvi needs mental counseling. Rudra says as Preesha said, they will try to mentor her instead of sending her to the teen center or else she will become more rebellious. Armaan says that he is having trouble breathing thinking that what would have happened if Saran had been in place of Sharda. Rudra says that Anvi is their child and together they will improve her. He asks Preesha to feed Anvi something. Preesha takes Anvi.

Armaan remembers stopping Anvi and molesting Anvi again. Rudra asks Armaan if he has deleted the parking video of the resort. Armaan works and says that he had no other option but to save Anvi but he should have sent her to Kishore Kendra. Rudra says if it was anyone other than Anvi, he would have punished her. Armaan thanks her for sparing Anvi and asks her to take care of Sharda. Preesha takes Anvi to the cafeteria and feeds her. Rudra goes to her. She feels guilty that she did not take good care of Anvi and forces her to take this extreme step, Sania robs Anvi, but she cannot. Armaan says Armaan and Sania should feel guilty for not taking proper care of Anvi, they don’t think Anvi alone can think wrong and maybe someone elder is involved. Preesha says whatever it is, she assures Anvi that she loves him. The nurse tells them that Sharda is conscious now. They go to Sharda’s room, take care of her. The title track of the serial plays in the background. After the checkup, the doctor said that Sharda is fine and they can take her home tomorrow. both are happy

Precap: Ahuja meets Rudra and asks him to get ready for the concert as he has to leave for Shimla only tomorrow. Rudra takes Preesha along. Armaan also reaches Shimla and is shocked. Rudra asks why did he come here. Armaan says that he has cast a spell on her for Preesha.

Anurag Kashyap Reveals Actor Abhay Deol “Is Non-Responsive” To His Calls, READ TO KNOW WHY
10 hours ago