Victory is the result, effort is our job. With this intention, Rashmi Rocket brings to us a story inspired by true events that happened in the world of track and field athletics players. The film says that if injustice is being done to female athletes in the world, then why is it necessary that we also blindly support it. The matter of error is global but at least we can rectify the mistake here. Doping is a big issue in the world of sports and no one has a problem with the rules related to it, but gender tests are definitely under debate in the case of women. The male hormone testosterone is sometimes found in higher than average amounts in female athletes and this makes Rashmi a rocket issue.

Releasing on Dussehra on OTT platform G-5, the story of this film is of Rashmi Veera (Taapsee Pannu), born and brought up in Kutch, Gujarat. Since childhood, she is quick in running and does not lag behind even in beating up boys. The father calls him ‘Rocket’ but the death of his father in an earthquake during a race becomes a fetter in Rashmi’s feet. She stops running. But after she grows up, life takes a turn and meeting an army officer inspires Rashmi to run again but this time like a player. 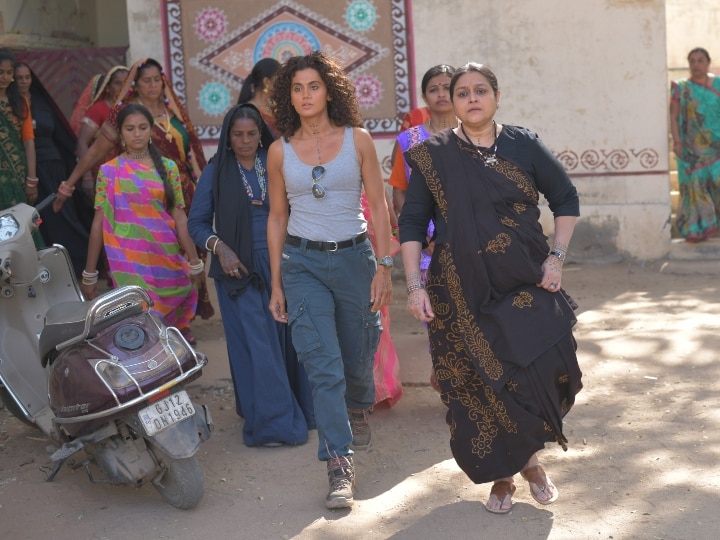 Rashmi wins medals from state to country and then in international competitions. If success has a hundred partners, then the enemies are not less. At this point of success, Rashmi becomes the victim of a conspiracy in the National Athletics Association. People who doubt her ‘rocket speed’ get her gender tested for their selfishness and get her banned, saying that Rashmi’s body has more testosterone than the prescribed amount, so she is less female and more male. Rashmi cannot be allowed to compete with women players. Now what can he do? How will you fight the strong chairmen of the association, the media throwing mud and the people talking as much? Rashmi’s career is over.

Rashmi Rocket lifts a ruthless curtain on the world of female athletes. First of all, the thinking of the society regarding girls is traditionally narrow. Even today, his sportsmanship is not seen with very good eyes. The film brings forth the conspiracy of those who destroy the natural talents under the guise of rule book on it. The film tells how the careers of many female players have been ruined on the pretext of testosterone hormone. After this test, many times the family-society did not accept the girl and she even committed suicide. Nanda Pariyasamy has written the story and the screenplay is by Aniruddha Guha. 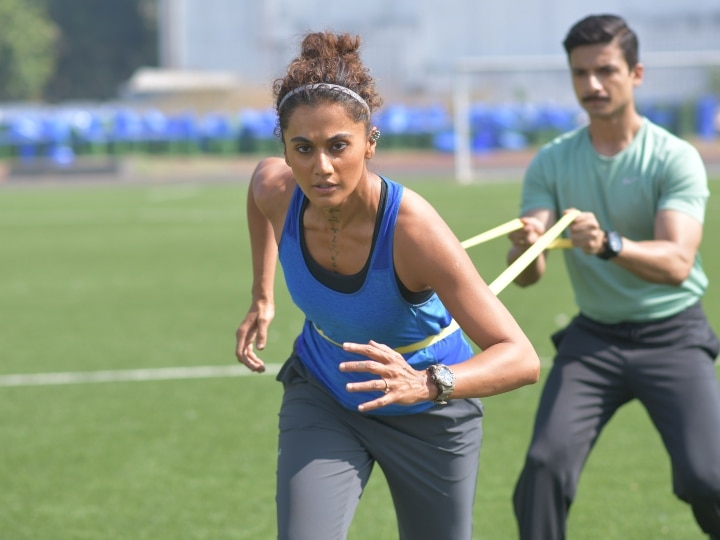 Writers do not let it remain the story of Rashmi only. The matter reaches court, and the film argues that the American world champion swimmer Michael Phelps, who won 28 gold medals in the Olympics, if the hands are longer and palms wider than the hands of the average person, if the feet of the world’s fastest sprinter, Usain Bolt. I have an extra muscle that helps him to build up his pace, if batsman Virender Sehwag has naturally good eye-hand coordination despite his poor technique, was he kicked off the field? By saying that nature has made them a little special. The film says that testosterone has nothing to do with the good performance of female athletes. Rather, scientific studies show that such women have to face many personal problems.

Rashmi Rocket is written with ample research, despite looking like a simple sports film. Especially its court side is excellent and it gives momentum to it. Taapsee Pannu’s performance as an athlete is great and she has molded herself into that form with a lot of hard work. His muscles and preparation shine on the screen. But there is no doubt that after the entry of Ishit Mehta (Abhishek Banerjee), who fought for him as a lawyer in the court, a new adventure arises in the story. The entire track of the court makes the film a success. Abhishek is in the best role ever.

Taapsee and Abhishek create a ruckus in the film by becoming two sides of the coin. Gagan Thakur, Varun Badola, Mantra, Supriya Pilgaonkar and Supriya Pathak have played their roles well. Rashmi Rocket is a different leaked film made on an untouched subject but it has a deep impression of Bollywood. He could not show courage in Rashmi Rocket, director Akarsh Khurana, who made the best film free from Bollywood imprints like Caravan (2018). Despite this, those who like films on sports and fans of Taapsee Pannu will like Rashmi Rocket.

The House of Secrets-The Burari Deaths Review: When there is faith in superstition, then such accidents happen, the truth of 11 deaths in the series

Break Point Review: This is the real story of Paes-Bhupathi, this documentary is full of emotions, it is a gift for sports lovers

Tara Sutaria Keeps It Casual Yet Chic; Gets Papped While Her Way To A...

Vicky Kaushal On Rumours About Roka With Katrina Kaif