The relationship between a mother and daughter is the purest form of love. The bond they share with each other is adorable. There are multiple duos of mother-daughter in the Bollywood industry too. One of them is Anushka Sharma and her daughter Vamika. Bollywood actress Anushka Sharma shared a picture of her and Indian cricketer Virat Kohli’s daughter Vamika on the occasion of Durga Ashtami, yesterday. For an unversed, Vamika is the name of goddess Durga.

Anushka Sharma took to her Instagram account to share an adorable photo with her daughter. In the photo, the baby girl seemed to have been biting on Anushka’s nose while the actress was captured by the camera while laughing. Vamika’s face was not revealed in the picture, but her cute pink frock and curls can be seen. While sharing the picture, Anushka wrote, “Making me braver and more courageous every day. May you always find the strength of the goddess in you my little Vamika Happy Ashtami.”

Right when Anushka Sharma and Virat Kohli welcomed their daughter, they made sure that they kept her pretty face unrevealed. As soon as Anushka dropped an adorable photo on social media her fans quickly hit the like button and showered love for the mother-daughter duo. Not only the fans but also the other Bollywood celebrities gushed over Anushka and Vamika.

(Also Read: Anushka Sharma Sports A Pastel Color Knitted Sweater That Even You Can Have In Your Wardrobe)

Bollywood actress Priyanka Chopra Jonas dropped a red heart and a devil’s eye emoji in Anushka’s comment section. Tahira Kashyap wrote “So precious”, with a red heart. Ranveer Singh penned “Oh-lay”, along with a few heart-eyes and heart emojis. Joining them were Athiya Shetty, Vaani Kapoor, and Sania Mirza. They dropped a bunch of emojis on Anushka and Vamika’s photo.

Talking about Anushka Sharma, the actress accompanied her husband, Virat Kohli in London for his cricket match. Their daughter, Vamika was also present with them. After giving birth to Vamika in January, the actress is now back to complete her work commitments. She gets spotted at the work locations but hasn’t yet announced any of her projects. 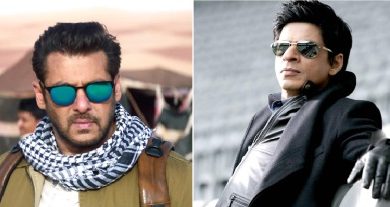 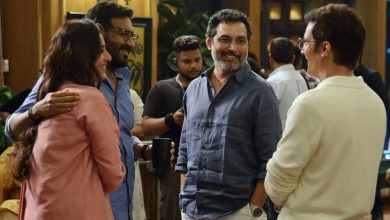