Aryan Khan, son of Bollywood superstar Shahrukh Khan, was taken into custody by the NCB on the previous day after a raid in the drugs case. Aryan is in one day NCB remand. Along with this, his friend Arbaaz Merchant has also been sent to NCB remand. Arbaaz is said to be a good friend of Aryan.

According to an NCB official, Aryan and Arbaaz were involved in a rave party going on on the Mumbai Goa-cruise luxury ship along with others and both of them are reportedly being questioned in this regard. Arbaaz’s full name is Arbaaz Seth Merchant. He is also a very good friend of Shahrukh Khan’s daughter Suhana. He has kept his Instagram private. 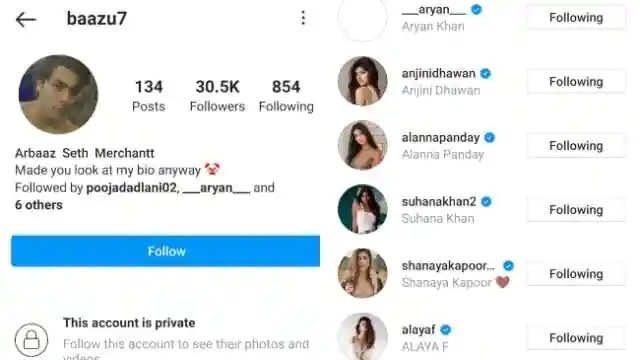 Arbaaz has been sent to NCB custody

Significantly, the court has sent Aryan Khan, Arbaaz Seth Merchant and Munmun Dhamecha to the custody of NCB. NCB had sought two days’ custody but the court sent him for one day. NCB’s counsel Advait Sethna requested two-day custody of the accused, citing the investigation being in the preliminary stage and the raids to nab the drug smugglers.

Aryan Khan Arrested: Actress Suchitra Krishnamoorthi came in support of Aryan Khan arrested in drug case, said- this is the price of being famous

Afasana Khan Goes Out Of Control After Not Being Sent In Vip Zone And Hurt...

Anusha Dandekar Recalls Having Lumps In Her Breasts And Reveals More Traumas Related To The...