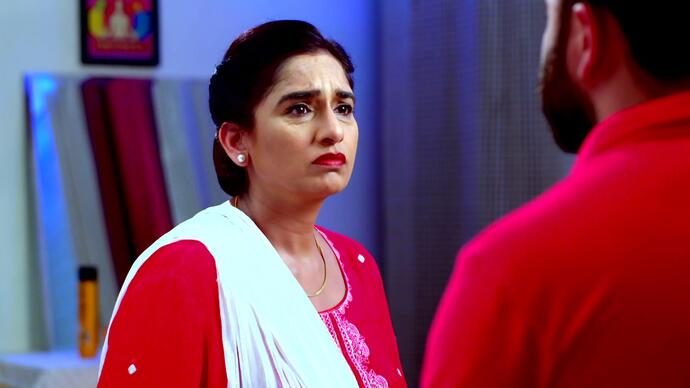 In the next episode, Ranveer Duggal pulls Devika aside to discuss something in secrecy and leaves Armaan wondering about his changing equation. Later that day, a worried Mrs Duggal walks up to Ranveer Duggal’s room and pensively asks him if he would prefer her to keep a secret from him. Ranveer Duggal senses her distress and urges her to open up about her qualms.

In the last episode of Khasma Nu Khani, Armaan learns about Desho planning a surprise party for Ranveer Duggal and ends up telling Ranveer Duggal about it. Ranveer Duggal promises not to tell Desho about knowing about the surprise as Devika her regret. Simple walks up to Desho and puts on an act, she records Desho’s advice to her sneakily and doctors the audio. Later that day, Simple meets Mrs Duggal and plays the audio before her. She goes on to tell Mrs Duggal that Desho feels burdened by her marriage with Ranveer Duggal. Ultimately, Simple tells her that Desho still wishes to get back to Armaan. Mrs Duggal asks Simple to leave her alone and the latter tries to manipulate her.

Elsewhere, Devika seeks Ranveer Duggal’s help to learn how to use a software in an effort to spend time with him. Mrs Duggal plays Desho’s audio before Momo but Momo refuses to believe Simple’s. She asks Mrs Duggal to delete the recording but Mrs Duggal refuses to trust Desho any further. Mrs Duggal tries to express her apprehensions to Momo and Momo tries to downplay the recording. Ranveer Duggal seeks Devika’s advice to pick out a gift for Desho and perplexes her. Desho returns home and Mrs Duggal treats her coldly but Desho tries to come clean but Momo interjects. Well along, the trio plan the anniversary party together.

How to Download, New features, file size, and more