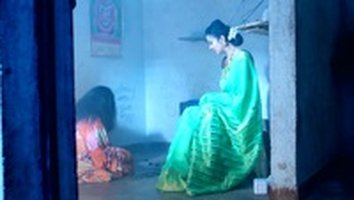 In the latest episode of Gattimela, Vedanth asks a disguised Amulya about the woman she is searching for at the party. Amulya is surprised when Vedanth removes her disguise and reveals that he was aware of her disguise from the moment she entered the party.

Elsewhere, Suhasini meets Vedanth’s mother whom she has kept locked in a room. Vedanth’s mother talks about how her children, Vedanth, Vikrant, Adya, and Dhruva will soon come and free her from Suhasini’s clutches, which infuriates Suhasini.

In the previous episode, we saw Kanta spike the soft drinks with alcohol at Vedanth’s bachelor party. Everyone has fun during the party and Vikrant talks about how love has changed Vedanth. Kanta and Sarthak get nervous when they notice Dhruva drinking the alcohol and try to get Vikrant to stop Dhruva.

A drunken Dhruva tries to reveal Suhasini’s misdeeds in front of Vedanth, while Vikrant tries to stop him from doing so. Kanta and Sarthak try to divert Vedanth’s attention, but Dhruva’s strange words continue to confuse Vedanth.

We also saw Manjunath confront Parimala about her medical report and rebuke her for her actions. In order to appease Manjunath, Parimala puts up an act in front of him and lies about not having donated her kidney.

Elsewhere, Amulya, Adya, Aarati and Adithi disguise themselves as men. They pretend to be income tax officers and crash Vedanth’s bachelor party. Their sudden arrival surprises Vikrant and the others, while Vedanth remains calm and continues to stare at a disguised Amulya.

Ranbir Kapoor, Ranveer Singh And Other Bollywood Actors Who Are Going To Set The Screens On Fire In 2022