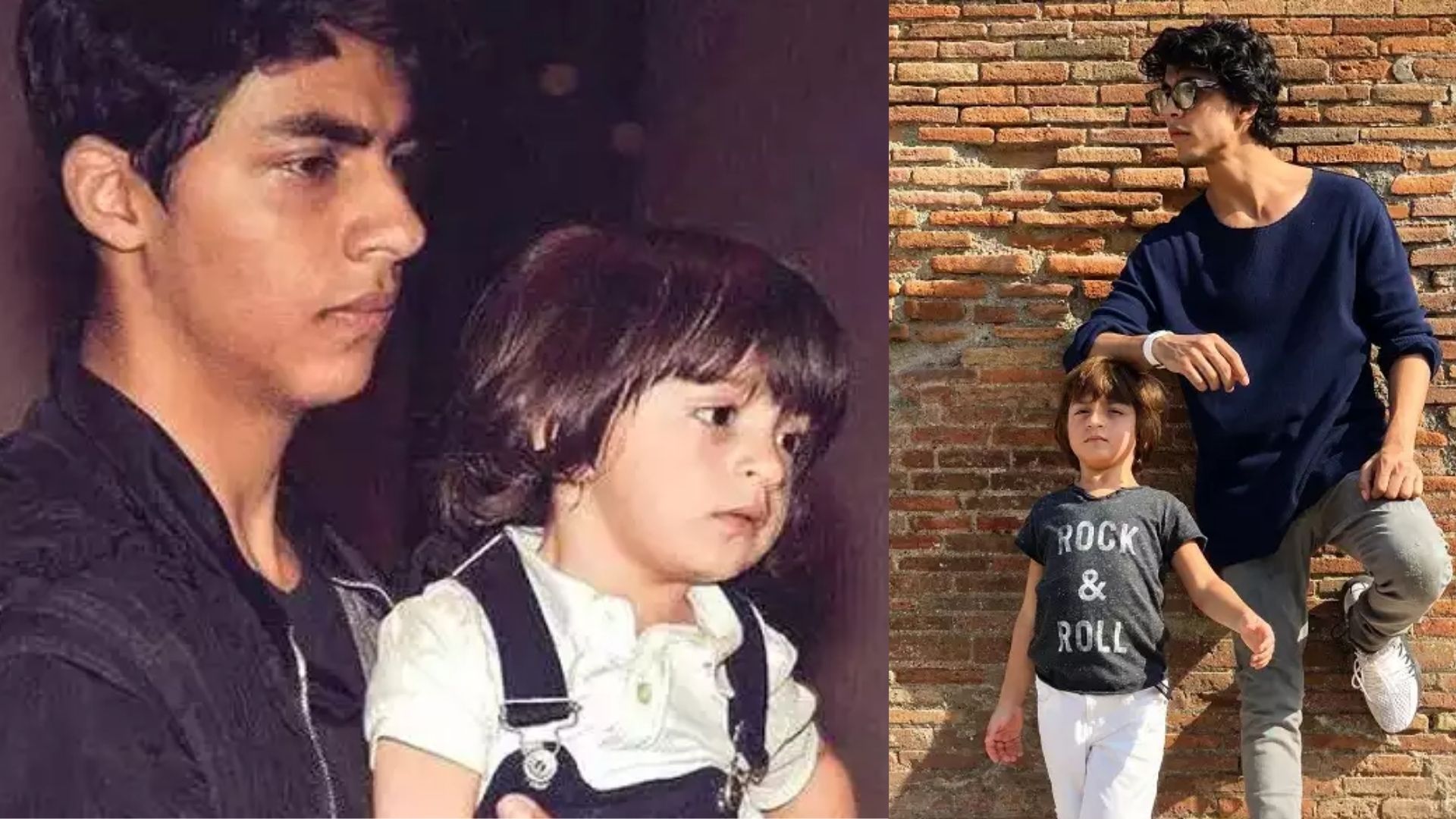 The sibling duo – Aryan Khan and AbRam Khan – was caught on camera while chilling on the couch by Mom and Shah Rukh Khan’s wife Gauri Khan. On Tuesday, she shared a glimpse of the major chill mode of Khan brother with 15 years of an age gap as Aryan is 23 while AbRam is 8. The mom of three captioned the post as ‘Boys’ night out.’ In the photo, Aryan looked busy as he played a video game while AbRam is seen sitting on the lap of his brother while he watched his brother play. The Khan brother won many hearts. The post had received many likes and comments from fans and Gauri’s friends Amrita Arora, Zoya Akhter, Farah Khan Kunder commented on the post.

Gauri Khan and Shah Rukh Khan also have a daughter Shuhana Khan. Once in a while, the Khan siblings are seen on their parents’ Instagram handles. Gauri has previously shared her daughter’s picture posing poolside with the caption revealing her favorite color is blue. Gauri also shared pics of her youngest son Abram with boxing gloves by calling Abram her ‘Mike Tyson’ on Instagram. On eldest son Arayan khan’s birthday, Gauri shared a beautiful family moment, all the three siblings were seen posing together for the camera

Aryan Khan attended London’s Sevenoaks School with Amitabh Bachchan’s granddaughter Navya Naveli Nanda. Then he went to the University of South California in LA for further studies. In 2019, he also gave voice to the character of Simba in the Hindi version of The Lion King, directed by Jon Favreau. Shah Rukh Khan gave the voice behind Mufasa.

Suhana Khan is in New York, where she is studying film at Columbia University. Suhana is part of Bollywood’s gen-next circle, also comprising, Ananya Panday, Shanaya Kapoor and Khushi Kapoor, among others. Suhana wants to be an actress and will pursue her career dreams after finishing her studies. Suhana has already featured on her first magazine cover for Vogue in 2018.