Samsung Galaxy M52 5G price in India starts at Rs 29,999 for the 6GB/128GB storage model. While the 8GB RAM model will cost Rs 31,999. As mentioned earlier, the Galaxy M52 will be available for purchase from October 3 through Samsung.com, Amazon, major online portals and select retail stores. Also Read – YouTube, Gmail, Google Maps Stopped Working On These Phones From Today: Check If Your Phone Is On The List

As far as the offers are concerned, Amazon has listed a few which include – 10 percent instant discount on HDFC Bank credit/debit cards and EMI and flat Rs.1,000 introductory offer with coupon. In addition, consumers will be able to grab the phone at an offer price of Rs 26,999 (base model) during the Great India Festival on Amazon. Prime members who buy handsets through the website can get six months of free screen replacement, up to 9 months of no-cost EMI and potential savings of up to Rs 16,000. Also Read – Samsung Galaxy S22 Ultra leaked render hints of S Pen slot, Galaxy S22+ also leaked

The new Galaxy M52 5G sports a slim profile with a patterned stripe back panel. It has a pill-shaped camera module at the top left at the back and Samsung’s branding at the bottom. 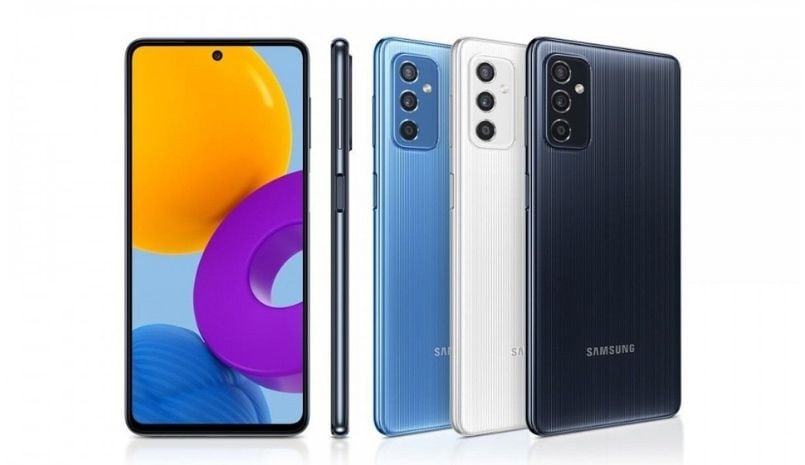 For photography, you get a triple rear camera setup that includes a 64-megapixel primary sensor with f/1.8 aperture, a 12-megapixel ultra-wide lens with f/2.2 aperture, and a 5-megapixel macro lens. For selfies and video calls, the 32-megapixel front camera rests on the centered punch-hole cutout.

How To Break The Internet