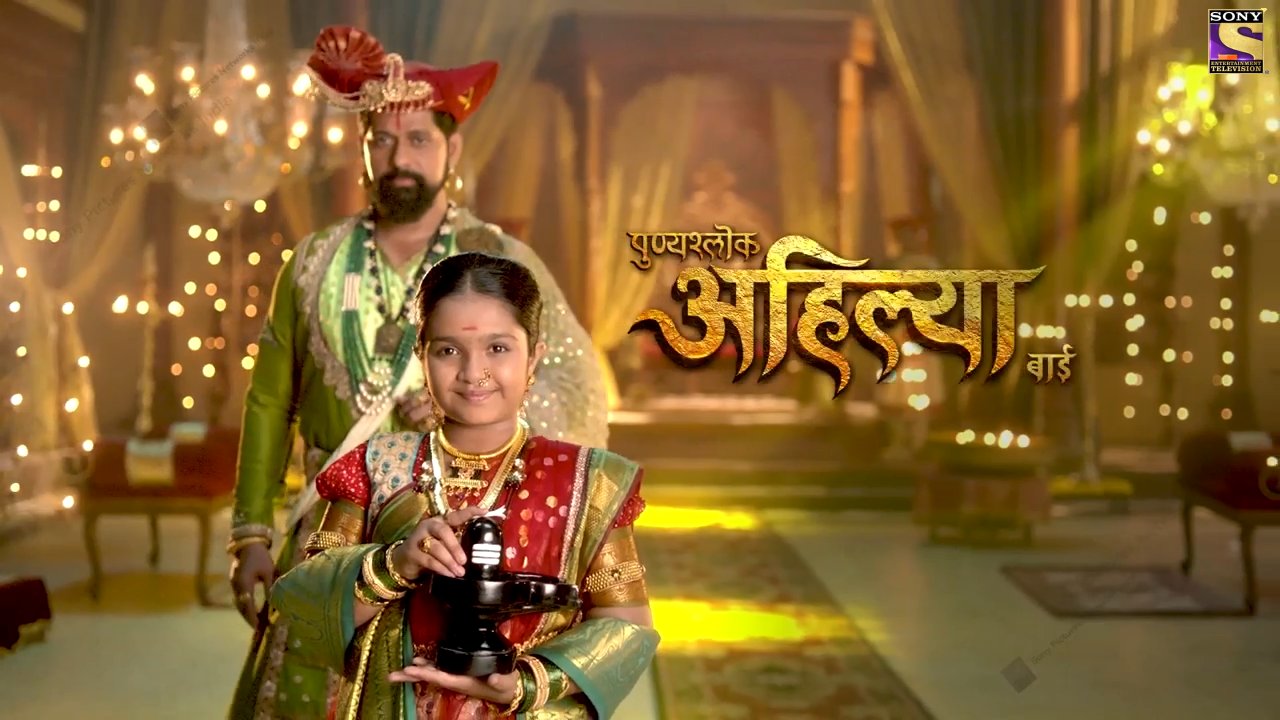 Episode starts with Ahilya asking Khanderao what he is going to tell him. Khanderao asks do you really want to listen. She says yes, I will listen to everything. He says that talking alone will not work, a lot has changed in 7 years. She blushes and turns away to leave. Her saree gets stuck there. She asks him to leave. He smiles and comes in front of her. She sees that the saree is stuck there. He asks what did I do. He says I could not stop you, but you stopped. She laughs. He keeps it. He cries. She wipes his tears. She says I have two reasons to be angry with you. He asks what is it. She says you came after so many years, you should have come straight, why did you attack the palace. He says I was thinking a lot, how to meet everyone, I didn’t know how to meet you, I knew Malhar will come to find me, then you are here to kill enemies, I didn’t injure the guards. , I have just snatched their weapons, I had to make that meeting memorable. She laughs.

He says you are very beautiful as I thought in the dream. She laughs. She asks won’t you know another reason for my annoyance. He asks her to say it. She says I had prepared for your welcome, you came empty handed, you did not get any gift for me. He says yes I forgot, come with me. Tukoji says I need to talk to you. Khanderao says not now. Tsukouji says that he is still childish. Rashma comes and taunts him. She says Malhar didn’t tell you the plan, he doesn’t trust you. He says no, he had his reasons, he didn’t even tell this to Gautam and Ahilya. She says Khanderao is back, your imp will get off. He says I just have to protect Khanderao, I will always serve Malhar, I don’t want to replace Khanderao, I can’t get it, you accept this truth. Ahilya says Tukoji has seen us, what would anyone think. Khanderao says we ran like this earlier also, you didn’t say so. She says we were kids at that time. He asks and now? You are right too, a lot has changed. He holds her hand. they smile.

She asks why did you bring me here. He says I have got a gift for you, I forgot to take it from the bag. She asks is this your horse, it is cute. Khanderao joked while talking to the horse. He says I have to give gift to my queen first. He gives her berries. She smiles and says I haven’t had this for a long time. He says that’s why I told. She asks how will I eat now. He says that I did this intentionally. He feeds her the berry. She says there is someone. He looks around. He sees someone and gets angry. Khanderao runs and hugs her. Ahilya gets shocked. He says you are late in coming. The boy says yes. Ahilya asks who is she. Khanderao says you will be shocked to see me hugging you. She says yes. He says you always worry about me, he is my friend, he is also worried about me, he is not just my protector but my guide, brother and everything.

He says he is parikshit, you were in one half of my heart and parikshit in the other. Parikshit says you are meeting your wife after 7 years, will you present me like this, then she will not like to see my face, it is not good to compare with me, I am just her servant, not friend, I am a simple man, I had sword fighting skills, Guruji taught me and let me stay in Gurukul, I had just heard about kings and princes, when I met Khanderao, I came to know that The greatness of what a prince is like is that he has made me his friend. Khanderao says I will decide what you are, so I called you Malwa. Ahilya says when Khanderao was in Gurukul, lonely and sad, you supported him, well, you encouraged him and shared his sorrow. Parikshit says I tried. She thanks him and says you made me forever indebted.

Precap:
Khanderao says I invited Parikshit to be the army chief. Malhar says definitely, they have to pass the test. Khanderao asks what are the tests needed when I am recommending them.