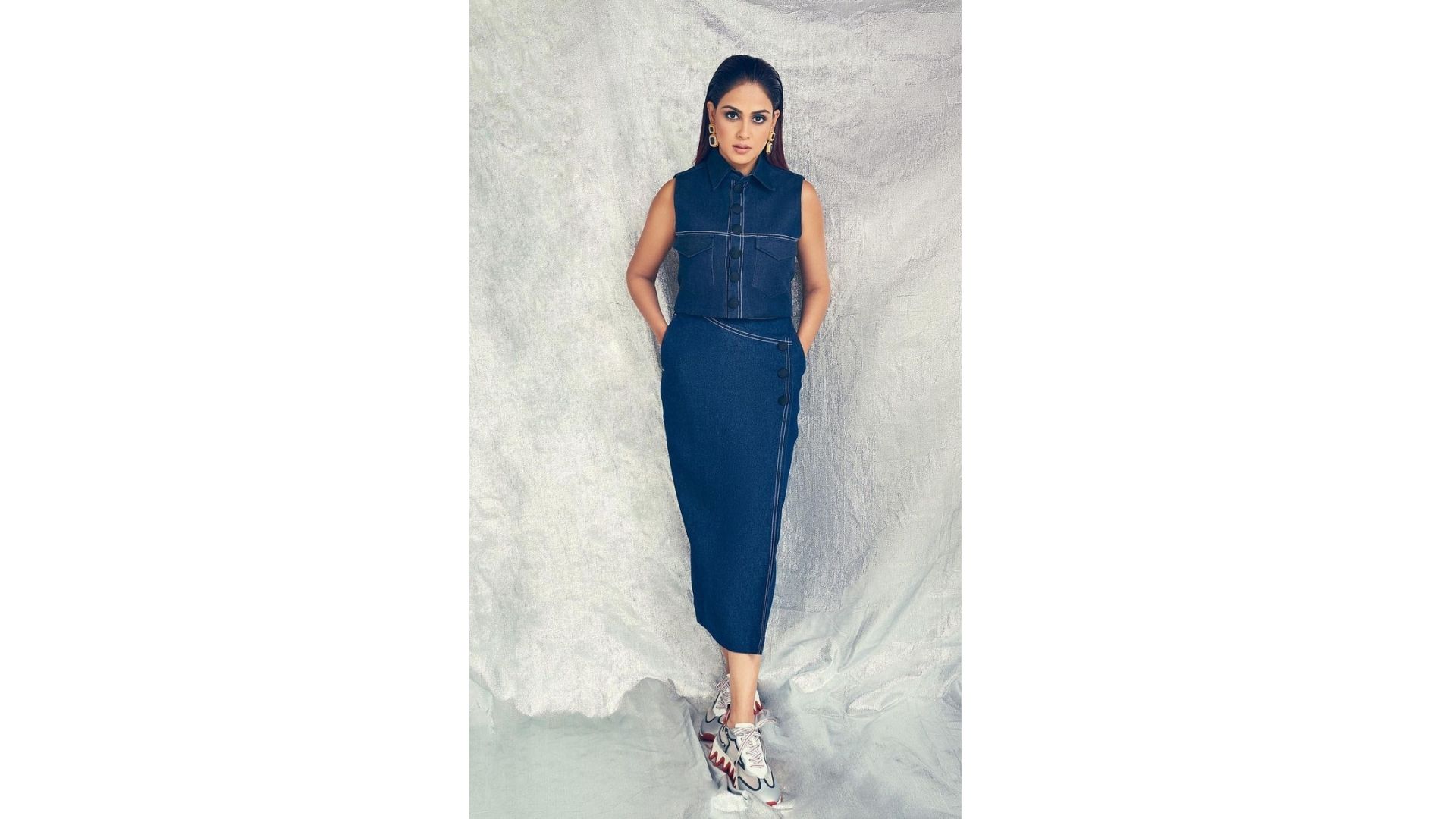 Genelia D’Souza and Ritesh Deshmukh are one of the most active couples of Instagram and are often seen showing their love for each other. As much as they’re adored for always displaying love, they also recieve immense backlash from trolls too. The two are all set to make an appearance on Arbaaz Khan’s show Pinch who’s promo was released recently

In the video Khan is seen of talking about a viral video of Genelia which made headlines where he was seen kissing Preity Zinta’s hands and Genelia rolled her eyes and this attracted many nasty comments about the same.

One comment said that Genelia is Besharam, cheap, vulgar aunty always overacting. Doesn’t suit your age and face especially when you’re married and got two kids dadi amma. Even kids will be shocked and embarrassed with all your overacting. They’ll be like, ‘Even we don’t act anything like this. After reading the comment the trio laughed their hearts out and Genelia said that hopefully this troll is having a good day at home and hopefully the bhaisaab is well.

Riteish said that trolling is something that celebrities must develop a thick skin against, after having made the decision to become public figures.

Arbaaz Khan reads out mean tweets about his guests to them and provokes a reaction in the show Pinch. Previous guests on the second season of Pinch have included Salman Khan, Ananya Panday, Ayushmann Khurrana, Farhan Akhtar, Farah Khan, Tiger Shroff, Kiara Advani and others.

This same video was also shared by Riteish on his social media and Preity Zinta’s comment was also extremely hilarious. Riteish and Genelia’s bond hasn’t faded a bit after their marriage and the duo is going strong with their marriage.

Well, once you put yourself out there the trolling is bound to happen and the one who’s on the target must know how to not let it affect you.

You can check out the promo here

The post Genelia D’Souza Opens Up On Being Called Cheap, Vulgar And Aunty On Arbaaz Khan’s Show appeared first on Digihunt News.

Follow Us
Featured Posts
Drishyam to be remade in non-Indian languages, rights acquired by Panorama Studios International LTD
21 hours ago