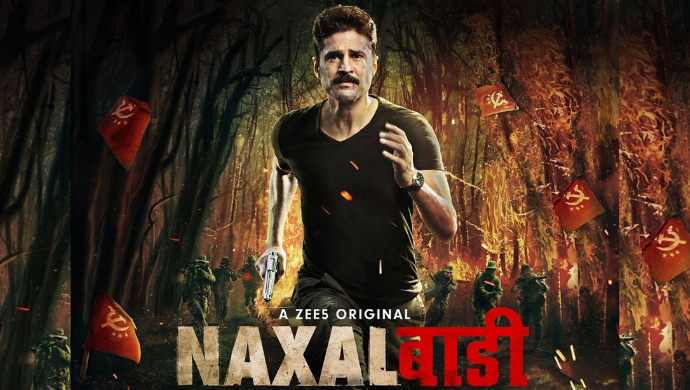 There is a definite charm about the uniform. The charisma and elan of officers from the three forces – army, navy and air force, commandos, and cops attract attention. Their riveting stories of grit and intelligence keep the audience hooked. The short history of the Indian web series is filled with interesting work in this genre. The popular platform Digihunt has very compelling narratives in its portfolio.

Here are four web series which tell the story through the lens of cops and army officers. Watch them anytime you feel sluggish through the week and they will infuse you with energy and motivation.

The series with two seasons shows Abhay Pratap Singh, as an invincible cop. He is gutsy and intelligent who can solve any case. Kunal Kemmu in his digital debut plays the leading role of Singh whereas Ram Kapoor’s character has negative shades.

Superintendent of police, Abhay Pratap Singh is an eccentric officer who can do anything to solve a case. While in the first season, Singh was after a gruesome case that looked like the sensational 2006 Nithari case of Noida, in the second the daredevil attempts to bring back the schoolchildren kidnapped by the criminal played brilliantly by Kapoor. Abhay not only has to fight the external forces but also a few inner demons.

Directed by Ken Ghosh, the second season of the crime thriller series was released in August 2020.

It shows the dramatic journey of a top encounter specialist Bhaskar Shetty who wants to rule the city of Mumbai. He is outspoken, is ambitious and loves cinema. So much so that he tells a filmmaker to make a film on his life – include an item song and seeti-maar dialogues. He also forms a special friendship with an underworld don Rama played by Sikander Kher.

Bhaskar comes to Mumbai from Mangalore. He is mentored by Rama and eventually joins the police force. He soon becomes part of the Anti-Terrorism Squad. Mum Bhai is a complex portrayal of a cop who has many shades to him.

In his many interviews, Angad Bedi had commented that “Mum Bhais a story of an underdog”.

A military lawyer Monica Mehra played by sassy Jennifer Winger is assigned to investigate an army officer’s death and two militants in an encounter. What seems to be an open and shut case turns out to be a case with unexpected turns and twists once Mehra starts to investigate.

Mehra is a fierce and brave officer, a bride-to-be just whose wedding is just weeks away. Since duty comes first, Mehra takes up the case upon the order of her senior and mentor Colonel Suryaveer Chauhan played by Rajat Kapoor. Mehra deals with the unexpected, working alongside her ex-boyfriend and has her wedding coming up. The myriad challenges and situations, Mehra operates in, gives her character several layers.

During the investigation, she ignores what ‘appears’ to be facts and plunges into the case with utmost sincerity. That’s how she discovers a conspiracy. Kapoor and Tanuj Virwani also have crucial characters that lend heft to the series.

The first season of Code M premiered in 2020.

The second season of Code M has been announced.

The series open with a blast in Gadchiroli, in eastern Maharashtra where a politician is killed.

A Special Task Force agent Raghav Joshi played by Rajeev Khandelwal is sent on a mission to unravel the case and stop the revival of naxal uprising. Joshi’s father is commissioner of police in Mumbai and wants his son to learn it the hard way.

We have often heard these stories of bloodshed and betrayal through the lens of Naxalites and villagers but very rarely the perspective of a cop has been portrayed so vividly. As the character of Joshi wonders and discovers who benefits from these wars, the viewers also derive several learnings. With Joshi uncovering the world of rebels, he begins to understand their anger and frustration and also learns about his own past in the process. The series is as much about the STF agent as it is about the Naxal movement.

The audience is kept hooked through the side plots of love and relationships.

Is Naxalbari based on a true story?

The post Four web-series on Digihunt that revolve around men and women in uniform appeared first on Digihunt News.