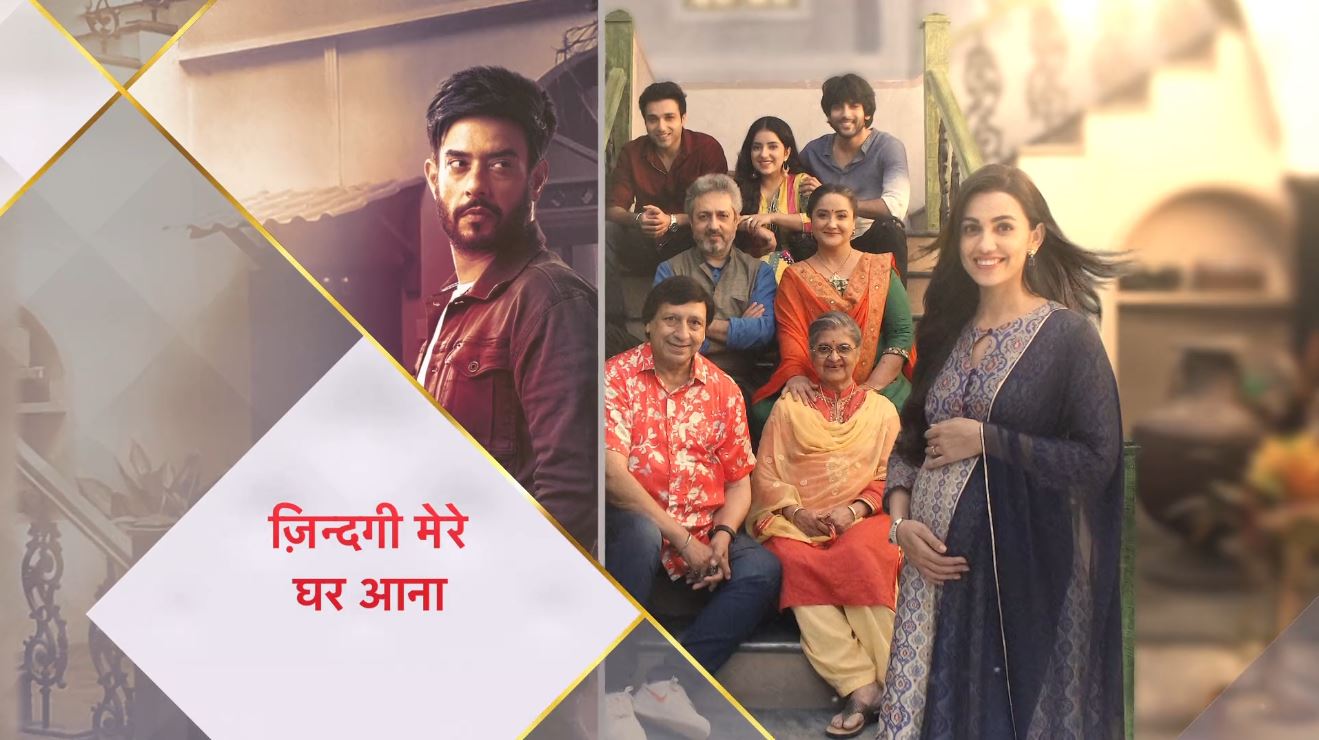 Nimmo asks Guneet to take Dada ji to his room. They take Grandpa. Pritam looks at the bag. Amrita looks at him. He says I am sorry, but I didn’t really do anything. She tells him to leave, he has already done a lot. Angad says it was not his fault, Kabir and I got beer, we hid, and Dada ji took it. Nimmo says sorry Pritam, now everyone go and sleep. Pritam leaves. Saroj says look at the things we got. Nimmo says we will see it tomorrow. She sends the bag with Kamali. They all go. Pritam says I came to know about the bag, I have to take it tonight.

Amrita comes to her room. She takes off the bangles. Pritam says everyone must have slept by now, I will get the bag. He sees Angad and Kabir coming upstairs. Kabir says Baljeet took our room, we have to sleep on the terrace, we will make him drink Jamalgota. Angad laughs and says we know him. Kabir says yes, why does he show such attitude, we will sleep in penthouse. Angad says it is on rent. Kabir says he is our friend. Pritam says don’t think so. Angad says don’t come in Pritam’s life. Pritam says only Angad is intelligent. He thinks how will I go out. Kabir says tomorrow is a big day. Angad says yes it is a big day for Amrita, she was happy but she was missing Karan a lot, if Karan was there… Kabir says we are with him. Angad says yes, but Amrita will miss Karan a lot tomorrow. Pritam remembers Amrita’s words.

Kabir says we will not let him get sad. Angad says go to sleep now. They lie to sleep. Pritam is watching. Krishnakant asks which sherwani looks good. Apa looks at him. He asks Meera to choose her sherwani. She asks what are you doing. Your jokes He says I am attending the first function after covid, Sakhuja must have called the whole locality, I should look beautiful. Meera says no, they called less people. He asks how do you know. She says not small, they are struggling, they have financial problems. He says I got Angad’s job. Meera says yes. Aapa says you did it well. She says but she must not have got salary till now, we have to be low key, they have a lot of problem. He says this is not right, Amrita’s lap bhari should be good, she is worth it, I have to do something. You ask what? He says go and sleep, I will see. Pritam wakes up and sees the time. He says they will ruin my whole night. He goes downstairs. He sees Guneet, Nimmo, Saroj and Kuljeet talking. Pritam hid. Nimmo says we will let Amrita rest. Pritam says go and sleep. Baljeet asks Pammi to bring milk for him. Pammi leaves. Pritam says he is also here. Kuljeet says gents will sleep here, ladies can sleep in the room. Baljeet says no, I want bed, I have back pain. He goes.

Nimmo complains to Baljit. Kuljeet says don’t worry, go and sleep, I had to talk to Guneet. Pritam says go to sleep now. Nimmo and Saroj go to their room. Guneet says I will lock the door. Guneet and Kuljeet also lie to sleep. Pritam goes inside Amrita’s room. He sees her smiling in her sleep. He smiles and thinks she is in a lot of pain but she is smiling in her sleep. He is looking for the bag. He looks at the dot in the mirror and smiles. He sees Karan’s pictures and certificates on the wall. He salutes Karan.

Precap:
Nitin asks Pritam to leave the house. Pritam says I will not let this family fall apart. He goes back to find the bag.

India confirm to play solitary Test in England in summer of 2022, says report