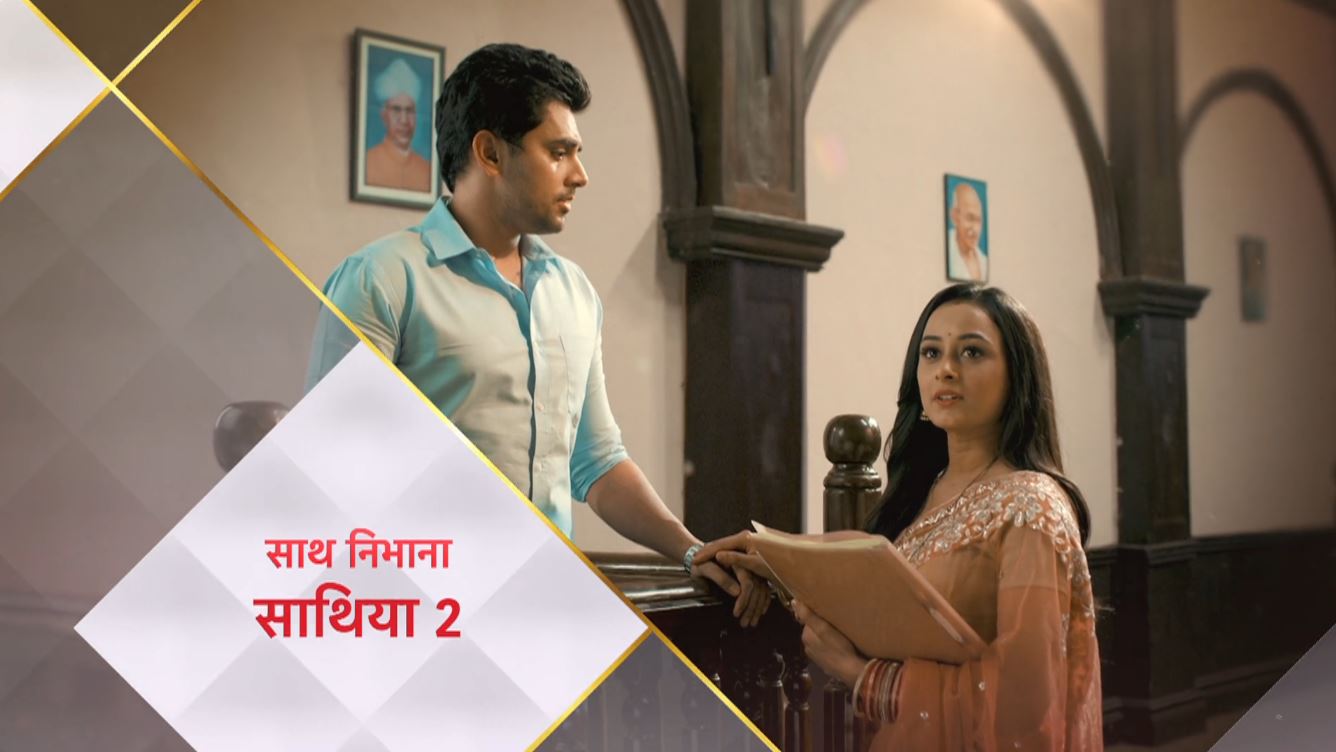 Hema and Tia enter Gehna’s room and find her unconscious on the floor. Worried, they sprinkled water on her face and woke her up. Gehna asks where is her wedding dress and remembers that Radhika is stopping her and asks if she will marry Anant again, she was successful last time but cannot this time; Anant is his love and she will not let Gehna marry him. Gehna says she cannot do anything, today she and Anant are getting married. Radhika smells his chloroform and knocks him unconscious. From the flashback, Gehna panics thinking that Radhika has married Anant. Tia says Radhika can’t because Anant saw her hand and recognized her; Anant is now in love with Jewel. Anant tells Radhika that she fell down today. Radhika says that Gehna ruined his life and he married her. Anant says that he proudly admits that he is in love with Gehna now and it is good that he did not marry Radhika. Tia and Hema bring Gehna there as a bride. Anant asks if he is fine. Baa confronts Radhika and warns her to leave from here or she will see her other face. Jewel asks him to calm down as Radhika shows her true face and fails. Baa praises Gehna that Gehna shelters her enemy, no one can love better than Gehna and she is the best life partner for Anant, she is a thread in his house that holds every member of the family . She asks Radhika to come out again if she has even a little bit of shame left.

Hema says we should not let him go without any punishment. Anant says that Radhika will see him marrying Gehna, he goes to the mandap holding Gehna’s hand and asks pandit to chant the mantra. Pandit asked them to change the garland. Hema says Radhika broke the garland. Jewel says marriage can happen without garland also. Anant says that he will marry her solemnly and will bring the garland himself. Paresh says let Chetan and Pankaj bring the garland. Anant says he will. Bapuji says that the Muhurta will pass. Anant says that there is no Muhurta for the relationship of love. Krishna is with him. In the car, Anant sees several missed calls from the police station and unknown numbers. He asks Krishna to bring the garland while he will go and complete his pending work which is urgent. He gets out of the car. He then calls the Inspector who tells that Professor Kumar has run away and he should be careful.

The family waits for Anant to bring the garland. Jewel gets upset remembering many bad omen/inauspicious incidents. Ananth gets a call from Kumar who orders him to do his work before taking the round. Anant shouts at him. Kumar says that if he doesn’t do his job, he will bomb the mandap and kill his entire family. Infinite shouted Agian. Kumar says he should go and search the bomb, show the bomb’s remote and threatens that he will kill his family if he doesn’t do his job. Anant gets worried for the safety of his family and returns to the wedding venue. He finds Gehna’s dupatta on a bike and realizes that Gehna overheard their conversation and goes to meet Kumar. Jewel meets Kumar. Anant thinks that Gehna must have gone to search him and listened to their conversation and decides to meet Kumar. He cries as to why he took his problem upon himself; He will not let anything happen to him or his family.

Kumar points the gun at Gehna and says that Anant could not understand her and hence sent her here and went to the police station. Gehna says she herself came here. Kumar says that she and her husband will pay for their acts, shows the bomb remote and asks if she should press a button. Jewel pleads to kill her and spare her family, she did not bring the police along and only she knows that she has come here, she will complete her task instead of Anant with one condition. He asks what is her condition. She says that she needs a guarantee that he will not harm her family and Anant or else she will not spare him. His colleague blindfolds him and he says that he has to accompany them to the place they want to go.