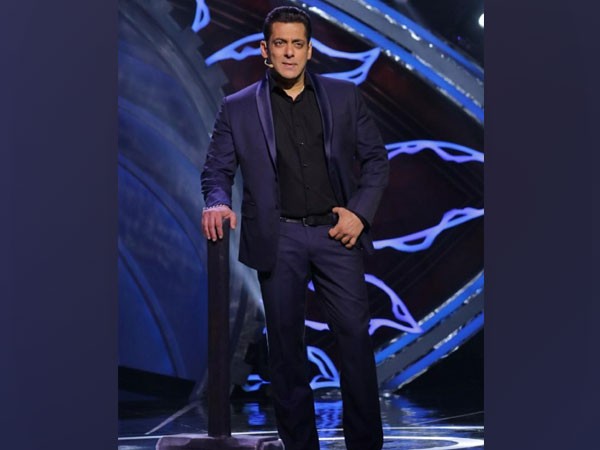 Salman Khan has been in Turkey for quite sometime now and has been constantly shooting for the third installment of Tiger 3 which is going to be bigger and brighter like never seen before. They also shot the costliest romantic song in Cappadocia which is going to be featured at the end of the movie. Leaving the shoot of Tiger 3 in between, Salman comes back to the Bay to wrap up his commitments for the upcoming Bigg Boss Season 15 shoot.

Salman is seen wearing a black hat, black T-shirt and a light denim blue jacket with ripped jeans and black shoes. The actor has so worn a black mask and is surrounded by Police for protection.

Bigg Boss Season 15’s is going to be a jungle themed season and the makers have promised a very entertaining season this time as well. The pictures of the sets were leaked online recently and it looked extremely well put with very finely detailing matching to the theme. However, before entering the house the contestants will have to fight outside to secure a place in the house. This sounds like a juicy affaire. The tagline of the theme is also called ‘Jungle Mein Dangal’

Salman Khan who is the main host of the show promised a crazier and a bigger season this time. Looking at all the set up a little early before the actual season has leveled up the excitement and the audience have put their guesses out on what and how the season would be.

The show has always managed to pick up the attention of the audiences no matter from which episode you see with the contestant’s ugly fights, catfights, love angles, and much more controversies. Right from the speculative contestants’ list to the unique jungle theme, fans of the show are quite eager to know more about Salman Khan’s show.

In Which Shilpa Shetty Is Samisha's Loudest Cheerleader. They Are BFFs After All