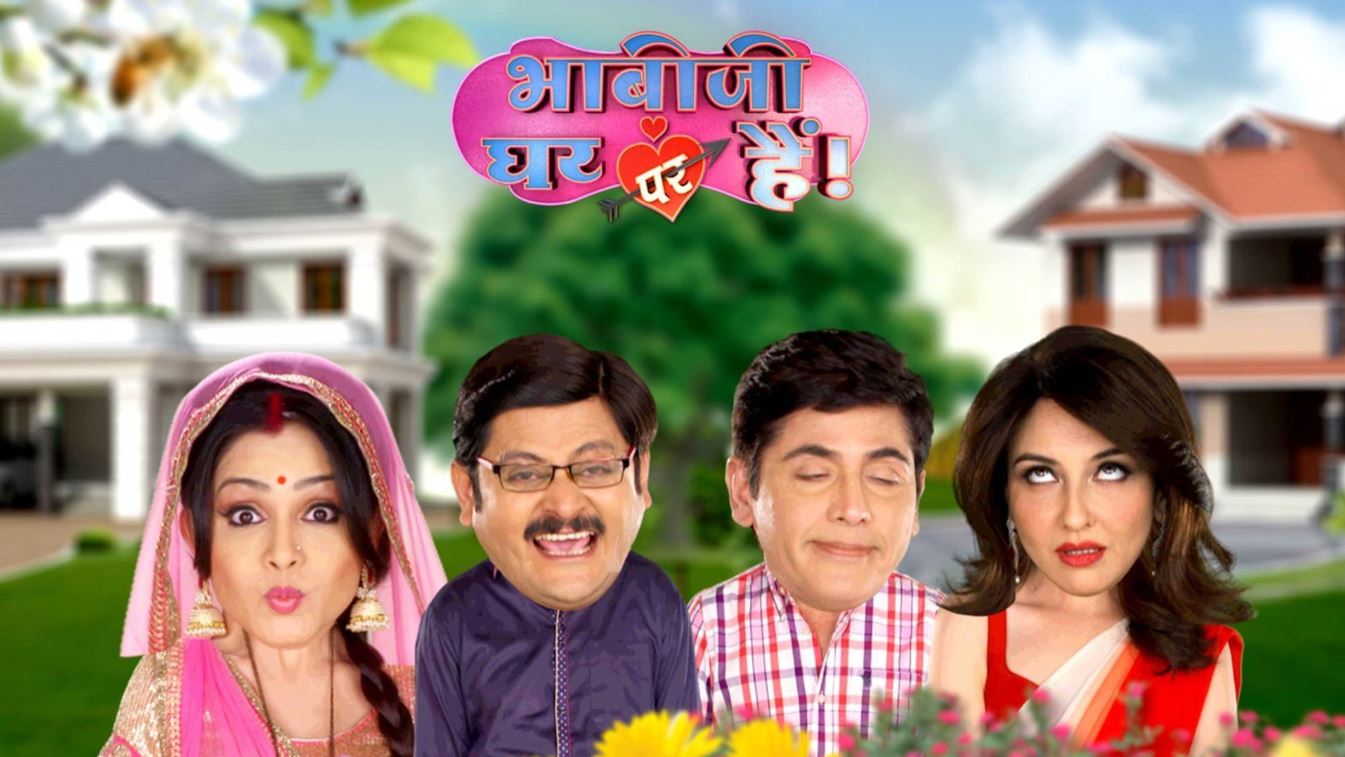 Angoori talking to Ammaji over phone says what are you saying Tiwari will be very beneficial for her after performing this ritual, then ill will ask her to do this ritual and disconnects the phone. Angoori calls Tiwari and says Ammaji said you have to perform rituals which will help you to become successful and wealthy. Tiwari asks what is the ritual. Angoori says that you have to apply buffalo dung on your body for nine weeks. Tiwari says you and Ammaji keep your rituals with you, you know how much respect I have in modern colony, people respect me in front of me and you shy away from applying buffalo dung on my body, you should be ashamed. . Angoori says but think you will have money all around. Tiwari says there will be house fly around me and I will have to apply full perfume to get relief from the odour. Angoori sarcastically says you don’t smell good after perfume and runs away. Tiwari tells himself that both Amma and Angoori are fools.

A man shouting in the market buys lottery and opens happiness. Come TMT, Teeka says to Babulal that what a nice shop you have opened, it will be fun, can you also help us. Babulal says I know you already, you are very hopeful people but will tell you something that don’t feel bad, some people’s luck is always sleeping. Tika says what are you saying. Babulal says look at that old man who used to buy tickets from my father now he buys from me, if he survives will buy from my son. Tika says why are you comparing us with him. Babulal says I am just telling you that if you have money then eat something don’t waste it in lottery. Malkhan says he is challenging our luck, now we have to buy it. Tillu says give us your most expensive lottery. Babulal gives them a lottery of 30 crores and says I can say with guarantee that you will not win 3 rupees. Malkhan says I don’t know whether his tongue is bad or we. Babulal says you are unlucky. Tika says see you soon and leaves TMT.

Vibhu cutting vegetables in the kitchen. Anu calls him. Vibhu says now I am cutting vegetable then cook it after that I will wear your clothes. Anu says you will but now the matter is different, I checked in my locker that my necklace is missing. After this, Vibhu goes to the SSS police station and files a report. Anu says I will do that but you may come in problem. Vibhu says how will this be my problem. Anu says I checked the registry of banks and your last entry was there so what is the new excuse. Vibhu says yes I got it, I remember and it is reality no excuse, you remember I paid you 6 months back for your grooming class rent. Anu says yes you have brought that money. Vibhu says you asked where did I get it, I mortgaged that necklace and brought money. Anu shouts at him that you mortgaged my necklace to save yourself, I can’t believe it is so expensive if you work continuously for 10 years you will not be able to earn it, it was Rs 10 lakh. Vibhu says why do you always talk about money I can lose a kingdom for you. Anu says this is the difference between you and me, I will take that princely state. Vibhu says I knew there is a difference between you and me, you always run after money, I think we are mismatched, is she Anu who loved me a lot. Anu says yes she is the one who broke up after loving you a lot now because the situation made me money wala.
Saxena leaves dancing outside the kitchen window.

Vibhu, Prem, Masterji and Gupta are sitting together in the market. Tiwari comes with sweets and says all this my younger brother Laddu has passed in his exam. Gupta asks how much did he score. Tiwari says I don’t worry about score, I don’t want him to become official. Tiwari says he will sit at the shop. Tiwari says don’t make fun of my business and it helps in running my house and this is good work which you unemployed people don’t have. Come sing TMT. Tiwari made fun of TMT and Vibhuti. Prem says that Anu does not rank there because of Vibhuti, others want these boys to be disgusting to the modern colony. Malkhan says wait a minute you are making fun of us a lot. Tiwari says why God makes such boys. Masterji says yes you are right they are misfortune. Vibhu says sorry, I don’t fall in that category, I have high standards, then they are frogs. Love makes fun of them more. Tillu says joke how much you want our time will also change. Tika says we will have money too. Malkhan says one day will come when people will ask us for money. Saxena comes and starts dancing and singing and leaves. TMT looks at everyone and leaves.

Outside the house, Angoori is bargaining for vegetables. Anu comes and says it is called consumer court and you are right that loot is happening in house also and people don’t know. Angoori says it means something which we are missing from your safe. Anu yes says something similar. Angoori says why don’t you take her to the police station, you beat her. Anu says I will do what you are saying if Vibhu was not involved, then mortgaged my necklace to help me but without informing me he kept my experience necklace as a hostage, he always does this with me. spoils my things and makes money. Angoori says its wrong I think she should start working. Anu says absolutely I tell him but he says money is dust. Angoori says I see Tiwari is getting very arrogant these days. Anu says whenever he meets me he shows respect and talks to me politely. Angoori says look carefully, he has become very proud.

Tiwari talking to Gulzari about the land on phone says my land comes under highway then I should get lot if money is atleast 10 crores then call me when they measure then I will be there and I will cut Vibhu comes and says something. Tiwari asks when did you come. Vibhu says when you were discussing about land. Tiwari says yes a piece of land is coming under the highway so I was talking to my bookkeeper. Vibhu says how much land do you have. Tiwari says that all the information is with my accountant but I have about 100 acres of land. Vibhu only says 100 acres which we give to our cattle. Tiwari says you never told me that you are from diary family. Vibhu says I am not aware that our whole family has drank that milk. Tiwari says why are you unemployed your family must have done business for him. Vibhu says I am from royal family, I am born rich. Tiwari says how much money do you have 1-2 crores. Vibhu says we spend our workers on child marriage. Tiwari and Vibhu beat each other and start an argument. Vibhu says once I ignored a check of 10 crores which his father offered me to leave to Anita but I tore it. Tiwari says I need to ask Anita about this. Vibhu says that he has no clue. Tiwari says that once Angoori’s father offered me 100 acres of land, but I did not take anything. Vibhu makes fun of her and leaves.

Babulal was selling his lottery ticket screaming. TMT comes and Babulal says you have come here again and makes fun of him. Teeka says we are here to see whether we have won the lottery or not. Malkhan gives him ticket and says check and tell whether we won or not. Tillu says to Teeka and Malkhan I think we will win this time. Uncle cough. Babulal says uncle is trying to say that you will not win. Tillu says uncle stop being translator. Just check and let us know, says Tika. Babulal says ok he checks and says you have won 30 crore lottery. TMT gets shocked and starts screaming. Saxena comes and they all start dancing and TMT leaves. Babulal says that every dog ​​has a day.

precap
Anu says to Vibhuti that TMT is more lucky then you won the lottery of Rs 30 crore, I don’t know that I want my loss back.

Tiwari says to Angoori that my business friend Mr. Gupta ordered me 10 lakhs and cheated me now, Tiwari says to himself that TMT has won the lottery. I will call him for dinner and I believe he will help me. will do

KKR vs DC IPL 2021 Live Streaming: When and where to watch on TV and online