On Sunday, Aamir Khan Productions announced their much-awaited film Lal Singh Chaddha Rescheduled – The film’s release has been pushed from Christmas this year to Valentine’s Day of 2022. The makers said that the decision was taken after the film’s production got delayed several times due to the pandemic. The announcement comes a day after Maharashtra Chief Minister Uddhav Thackeray’s statement that all cinema halls in the state would be allowed to open after October 22. “We welcome the administration’s decision to allow the reopening of cinemas from October 22. Due to the delay resulting from the pandemic, we will be unable to release our film, Lal Singh Chaddha, this Christmas. now we will release Lal Singh Chaddha On Valentine’s Day 2022,” read the statement from Aamir Khan Productions.

Meanwhile, the Christmas debut in theaters will be Ranveer Singh’s ’83 – a few minutes after Lal Singh Chaddha Making the announcement, Ranveer Singh revealed that the sports drama is all set to hit the screens on Christmas this year. “It’s time.’83 In theaters this Christmas. Releasing in Hindi, Tamil, Telugu, Kannada and Malayalam.” ’83 The film was rescheduled several times before it was earlier scheduled to release in June this year. When theaters were closed during the pandemic-induced lockdown, many big Bollywood films were released on OTT platforms. ’83 Became one of the first Bollywood films, the makers of which officially announced that they will release it in cinemas post-lockdown.

Directed by Kabir Khan, Ranveer Singh plays cricket legend Kapil Dev ’83, which is based on the story of India’s historic World Cup victory in 1983. ’83 Ranveer’s wife Deepika Padukone will be seen making a cameo as Kapil Dev’s wife Romi.

During this, Lal Singh Chaddha Hindi remake of Tom Hanks Forrest Gump. The film is much awaited as it will be his first release after the box office debacle. Thugs of Hindostan. Aamir Khan co-stars with Kareena Kapoor and Naga Chaitanya Lal Singh Chaddha – The film was earlier scheduled to hit the screens on Christmas 2020.

Get free diamonds, rewards, and more 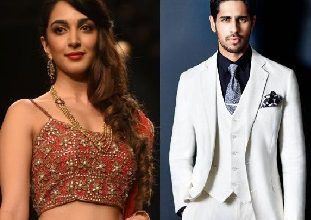