Samsung is now gearing up to launch the next-gen Galaxy S22 series, for which we have seen several leaks and rumours. Continuing the flow, we now have new leaks that hint at what the upcoming Galaxy S22 will look like. Also Read – Phones launching in India this week: Vivo X70 series, Mi 11 Lite NE 5G, Samsung Galaxy M52 5G, and more

According to renowned leakster OnLeaks, the Galaxy S22 Ultra is expected to see some visible changes. However, other models may not bring much innovation. Here’s a look at the details. Also Read – Deal of the Day: Samsung Galaxy M32 5G is the best deal today with flat discount of Rs 2,000 on Amazon

The leaked renders suggest that the Galaxy S22 Ultra could be the final successor to the Galaxy Note 20 Ultra and is sure to delight Note fans. It is expected to come with a dedicated S Pen slot, which the Galaxy S21 Ultra did not have. This means that we can look at the S Pen as an integrated unit rather than a standalone accessory which may prove costly for many. Also Read – Samsung Galaxy F42 5G launching next week: Fixed specs, expected price in India, and more

The phone is also expected to get a new design with flat edges and a different looking rear camera hump, which appears to be P-shaped. Four rear cameras are expected. The front is seen sporting a centrally-located punch hole.

It is likely to come with a 6.8-inch curved AMOLED screen with high refresh rate and we can expect to see the unannounced Qualcomm Snapdragon 898 chip under the hood. The cameras, battery and other departments are expected to see improvements, but the details are not known. 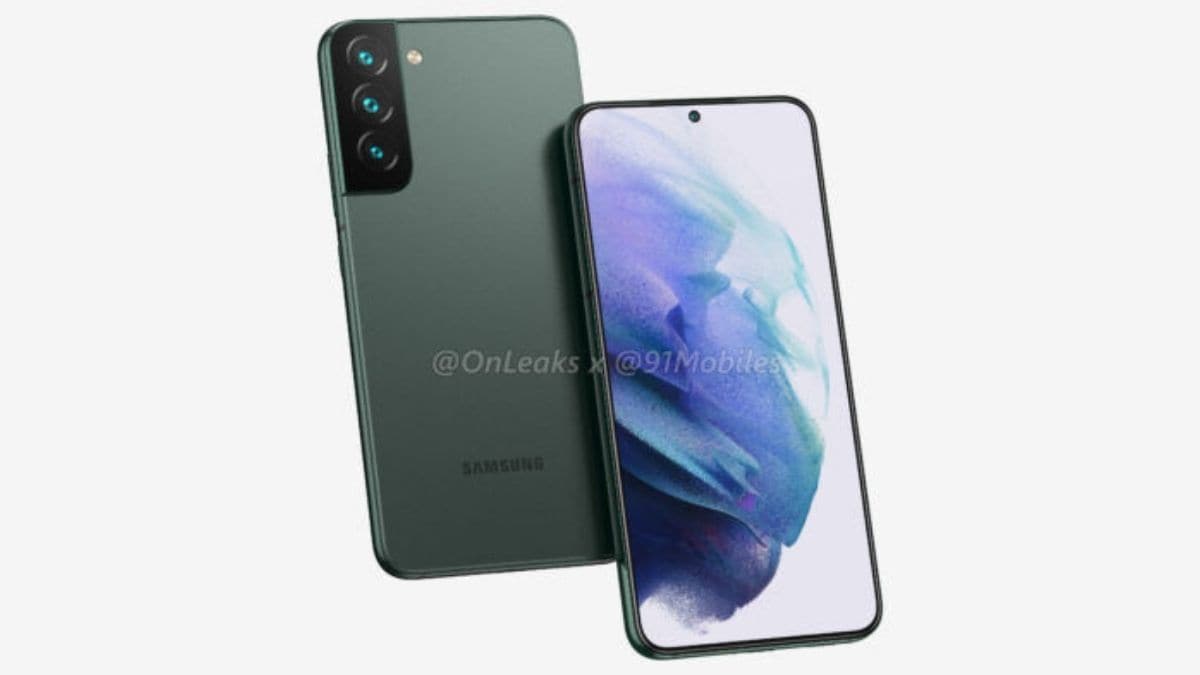 All Samsung Galaxy S22 devices are speculated to come with a faster charging solution and more interesting features. Though the expected time of arrival is not known, the device is likely to launch in January next year.

Since the details are not concrete, we need to take them with a grain of salt and wait for the official ones to come out. Stay tuned for more information.